XR should be applauded not vilified 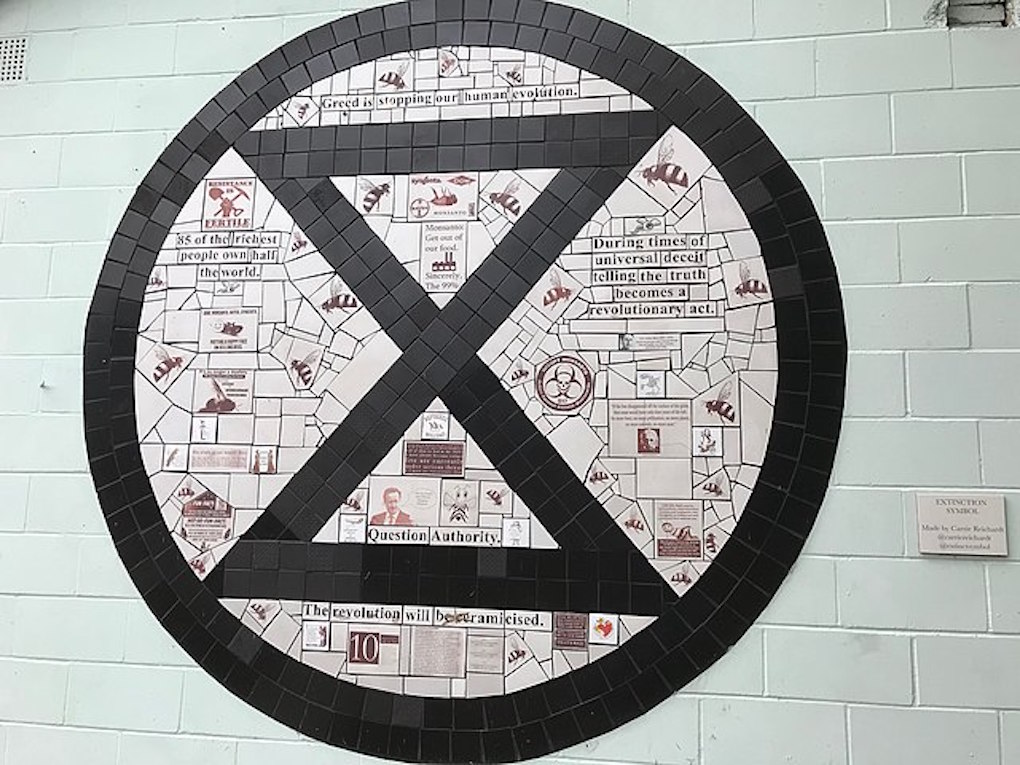 EXTINCTION REBELLION (XR) protestors were out again yesterday at Lloyd’s of London in central London from about 7.00am with the aim of stopping staff from entering the building. And, as Lloyd’s said it had advised its employees not to come in to work, it would appear that part of the protest is succeeding. Lloyd’s said they had continued trading although City A.M. contradicted this saying Lloyd’s had had to halt all trading.

The XR group say it is demanding Lloyd’s stop insuring fossil fuel projects. Spokesperson Clare Walmsley said of the protest: “We’re here to demand an end to all new fossil fuel investments and insurance. By underwriting the world’s most deadly fossil fuel projects, they are creating climate chaos – floods, famine, wildfires and death”. Lloyds is an insurer of the Trans Mountain Pipeline expansion in Canada which Indigenous people have been protesting for some time.

Ms Walmsley continued: ”Insuring new oil and gas projects in the North Sea will do nothing to solve the cost of living crisis either. Instead, it locks us into a system that’s already pushing millions into poverty.”

Yesterday’s action is a continuation of a wave of recent protests by the climate change activists. On Friday, two XR protesters shut down Tower Bridge, causing long queues of traffic, by abseiling off the sides of the landmark and unfurling a huge banner which read: ‘End fossil fuels now.’

This was followed by huge demonstrations on Saturday and Sunday with protestors from all over the country joining in as they marched through central London and staged sit-down protests at several landmarks to call for an end to investment in fossil fuels. On Saturday they gathered at Speakers’ Corner at Hyde Park in the morning before moving on to Oxford Street and Regent Street, where they sat in the road and blocked traffic in the heart of the capital’s shopping district. The activists later moved on to Trafalgar Square.

One of Saturday’s protestors, Verel Rodrigues, a 27-year-old mechanical engineer from Bristol, told the PA news agency: “We are currently in a dire situation and we are appealing to the government to stop investing in fossil fuels. We have no choice. We are sorry to be causing this inconvenience but we don’t have any other choice.

“If an alarm is ringing because your house is on fire, you don’t get p***ed off at the fire alarm. It is trying to save you and we are trying to raise the alarm of what is about to come.”

But getting angry at the ‘fire alarm’ is precisely what many are doing, rather than aiming their ire at those responsible for the mess the planet is in. It’s bad enough to hear Joe Public spouting off that protestors are blocking traffic, stopping people getting to work etc – disrupting traffic is rather the point – but to hear politicians who we might expect to applaud the protestors instead come out and condemn them is worse.

Sharing an article from The S*n, the Labour Party tweeted that “the government must immediately impose injunctions to put a stop to this disruption”, while the Shadow Justice Secretary, Steve Reed, fumed that “Motorists were already being hammered at the pump, and now millions can’t even access fuel”. Accessing fuel won’t really be much of a problem if the climate catastrophe scientists are predicting hits us. We’re already in crisis, and if we don’t act now it will quite simply be too late.

And on the other side of the aisle we have Tory MPs calling for financier Ben Goldsmith, brother of foreign office minister Lord Goldsmith, to be fired from his role at the Environment Department after he came out in support for XR, saying: “Not a good look from Labour. The protestors are right to be doing whatever it takes to wake people up. The fossil fuel industry is grubby and dangerous. We need to unhook ourselves from our dependence asap. I’m with Extinction Rebellion.” And the aforementioned Steve Reed criticised him for it.

Mr Goldsmith has since deleted the tweet, saying that “support of ER is neither a Conservative Environmental Network nor a DEFRA position” but it does rather speak volumes that he said it in the first place while Labour MPs were condemning the action.

Do protests inconvenience workers and those trying to get their children to school? Yes, we’ve all seen footage of this. But peaceful, non-disruptive protests do not work. Nothing changes when people are not affected. Non-violent civil disobedience does – or we must certainly hope it does, given the escalating temperatures, the animals facing extinction or already extinct, our very ecosystem failing.

In what appeared to be a response to the Labour Party statement, former Labour leader Jeremy Corbyn tweeted yesterday: “We need a Green New Deal and a sustainable planet for future generations. Those protesting against fossil fuel giants should be applauded, not arrested.”

If we have a future, seeing what is happening to our environment, I think it’s fairly safe to say that Jeremy Corbyn will once more be seen as on the right side of history.