Xenophobia, Propaganda and the Crowd Mind 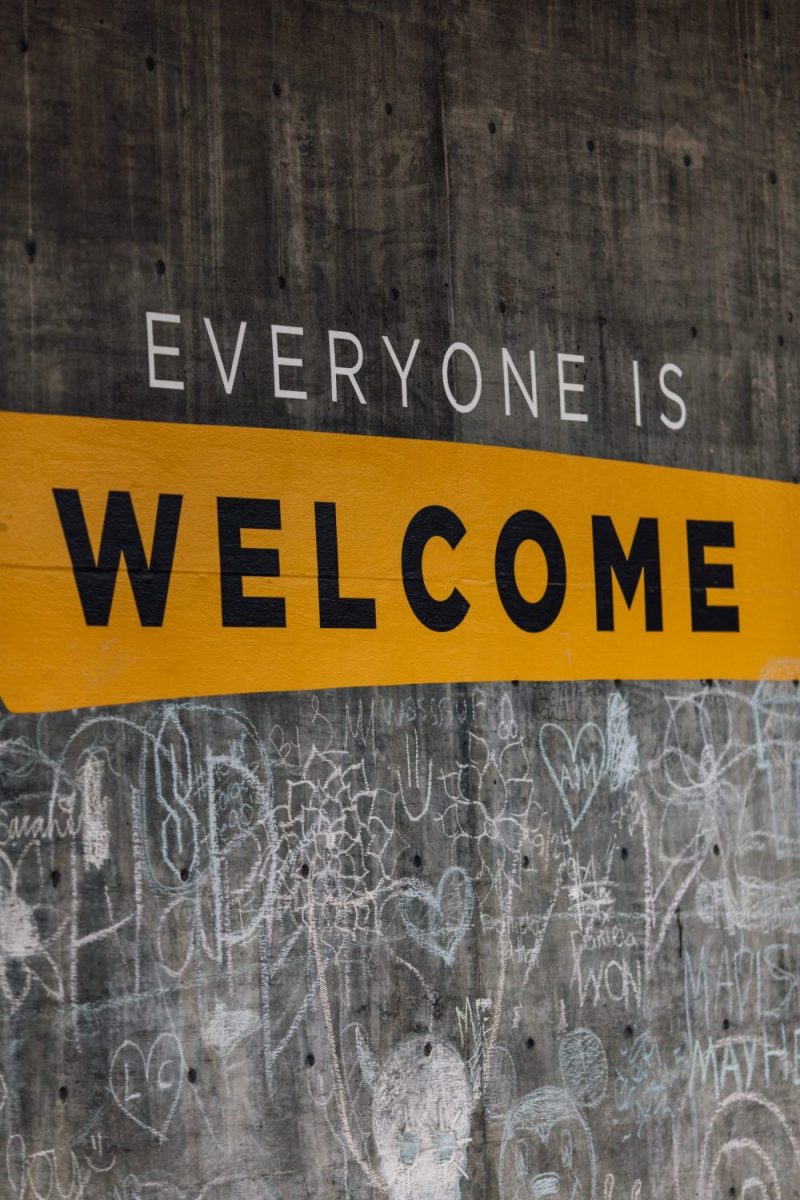 Photo by Katie Moum on Unsplash

Xenos, an ancient Greek word, can be translated as ‘stranger’ or ‘guest’ but, combined with the word ‘phobia’, it means fear of strangers. In Swahili the word mgeni is similar to the ancient Greek xenos and means both stranger and guest. Someone you do not know is made welcome. This is also true of Finnish, and I imagine some other languages, but many people have come to consider a stranger as someone to be feared, to suspect, or even to hate, rather than someone who should be offered hospitality.

People’s opinions are rarely consistent and can be swayed by the media, by politicians, by powerful orators, by changes in economic circumstances and by a range of events. Dramatic changes in public perception can take place quickly, especially when war is involved.

The treatment of newcomers

There is a long history of communities both welcoming and rejecting newcomers. On a number of occasions this century, protestors have gathered in Dover to demonstrate hostility to people arriving by boat after a perilous channel crossing. There were protests in Dover against the arrivals in September 2020 when channel crossings by refugees fleeing war, persecution, torture, poverty and starvation, increased in number.

These refugees also received a welcome, and ‘Freedom from Torture’ was determined to give them a warm reception. They lit up the white cliffs with a welcoming banner. Sonya Sceats, Chief Executive of Freedom from Torture, pointed out how politicians can make use of hostility to ‘others’ as a distraction: “The government thinks that by stoking fear about the Channel crossings it can distract us from its political blunders and get away with plans to dismantle our civil liberties”.

Individuals can have a huge impact on public opinion and can stir up racism.  Some of us remember how in 1968 London dockers marched in an anti-immigration protest in support of Enoch Powell after his notorious ‘Rivers of Blood’ speech.

Nigel Farage stirred up intense emotions from both supporters and opponents when he argued so forcefully against immigration and in favour of Brexit. Ian Dunt, commenting on Farage in 2016, remarked, “Every statement, in every campaign, is designed to first personalise the immigration debate and then sow mistrust and division between the indigenous population and immigrants”. After the referendum, it was reported there was an increase of 57% in racial attacks.

Jon Robins also discusses this in 2016 in the Justice Gap. “The European commission against racism and intolerance (Ecri), which is part of the Council of Europe, reports there were 52,528 hate crimes recorded by the police last year with more than 8 out of 10 (82%) relating to race. This represented an 18% increase on the previous year with the largest increase in relation to religious hate crime (43%).”

Other incidents, such as the murder of Lee Rigby in 2013 and the 2015 Paris attack on Charlie Hebdo, led to a rise in Islamophobic hate crime. The Metropolitan Police reported an immediate 40% rise in these crimes after the Borough Market stabbings in 2017.

At some point there can be a change in a population from a proportion of the people having reservations about and antipathy towards those they see as ‘other’ to more and more of the population becoming racist, xenophobic. This happened in the German Reich in a country where there was political and economic instability, a general rise in right-wing extremist political groups and the appointment of Hitler as chancellor by Hindenburg in 1933, so that Germany became characterised by Nazism. The public mood was ready to support nationalist and antisemitic beliefs. There were always those who resisted, who met a terrible fate for their resistance if they were discovered. People who feel hatred or dislike but do not act on it initially may turn to protest and abuse, and then there are those who become so viciously brutalised that they can perpetrate the most atrocious cruelties upon other human beings. Doctors who were trained to care and cure could turn, in the concentration camps in the Second World War, to barbaric experimentation and cruelty. The history of torture is long and painful to read.

The press and media have a huge impact on public opinion. This is particularly true today when so much information and comment is available at the touch of a button, but there are many examples from history to show that the press has influenced the judgement of our population. This was apparent during the First World War when, after developments in technology in the 19th century, advances in the printing press, the telegraph and the railway, communications were transformed and newspapers became widely available. This meant the public could share a kind of mental cohesion yet be physically separate. This is not to suggest that direct personal contact was not important, but the passions of entire populations could be aroused more easily. Government, military and press were in a close alliance and affected the reporting. The pro-war Northcliffe newspapers had a great deal of influence, as did a popular campaigning jingoistic weekly entitled John Bull which aggressively promoted the war. It was not difficult for propaganda to incite the public to hatred and for hatred to spread. Exaggeration and falsifications in the reports from the front exacerbated the situation. Animosity and fear towards the Germans increased and foreign residents and conscientious objectors were reviled and treated cruelly.

Particularly alarming is the way in which crowds can be swayed. The atmosphere in a crowd can itself generate emotion and lead to action, or the crowd can be urged on by a powerful speaker.

During the First World War, a pacifist and academic who has been largely overlooked by history, Caroline Playne, studied the crowd mind and observed the change in the British public during the course of the war. At the time she was writing, crowd behaviour was generally considered negative, involving primitive levels of emotion. Subsequent studies have modified this view, but there are many examples of people behaving in crowds in ways they would not behave as individuals. This can be seen among football supporters for example and groups who carry out the horrors of a gang rape. Playne was very concerned about the loss of reason, the effects of propaganda, the hostility towards dissenters and outsiders, the growing nationalism in the country and the risk it posed, believing that nationalism could become like religious fervour, ‘the psychosis of nationalism blinded people’. She used the term ‘contagion’ to describe the way ideas and beliefs spread through a crowd, often encouraged by politicians and the press.

In our current situation, there are signs that the idea that Putin is bad and Zelensky is good is widespread. This can lead to the belief that Russia is bad and Ukraine is good. Then it is only one step further to the thought that Russians are bad and Ukrainians are good. Ill-feeling towards Russia and Russian people can easily be stoked by some of the sanctions and restrictions imposed. One extraordinary ban is the exclusion of Russian cats, including Russian breeds, from some international cat shows. The search engine DuckDuckGo is down-ranking sites they consider contain ‘Russian disinformation and propaganda’, prompting headlines such as ‘DuckDuckGone’. This is an attempt to limit access to Russian based news. Acts such as these will surely fuel unnecessary suspicion of all things Russian?

Could hostility and unreasonable thinking and behaviour spread as a result of Putin’s invasion of Ukraine? In Portugal a sign outside a restaurant reads, “We don’t serve Russians”.   It can be easy at times for people to forget that the quarrels are so often between the leaders of the countries involved and not with the general population.

The UK is not at war with Russia, but we are seeing a level of ill-feeling towards Russians residing in this country. Sir Roger Gale, MP for Thanet, argued that all Russians living in Britain should be returned home in order to “send a very harsh message” to Vladimir Putin. The Conservative MP said: “My view is that we should send Russia a very clear message and rescind all the visas for Russian citizens currently extant in the UK and send everybody home.” When pressed on whether this would apply to all Russians in the UK, he said: “We can’t pick and choose, because what we’ve got to do I’m afraid is send a very harsh message through the Russian people to Putin”. Sometimes it takes one person to speak in this way and then others echo their words and adopt their prejudices.

A Russian woman living in Wolverhampton was fearful of abuse and discrimination and remarked to the BBC that she had seen posts on social media about Russians being abused and targeted and was worried about her son being discriminated against at school. Staff at the Cultural Centre in Coventry have received death threats and the director commented, “The people are scared because they don’t know what is going on… some of them are worried about whether the country will send them back to Russia, some of them are scared about how the kids will be in school… We are worried about bullying for the kids, not because they are Russians but because they are Russian speakers”. A recent report in the i newspaper (17th March) reveals that Russian businesses in the UK are being “bombarded with hate mail”. This has also happened to the Ukrainian owner of a London spa which had the word ‘Russian’ in its name.