Wounded Knee and the Warriors of the Rainbow 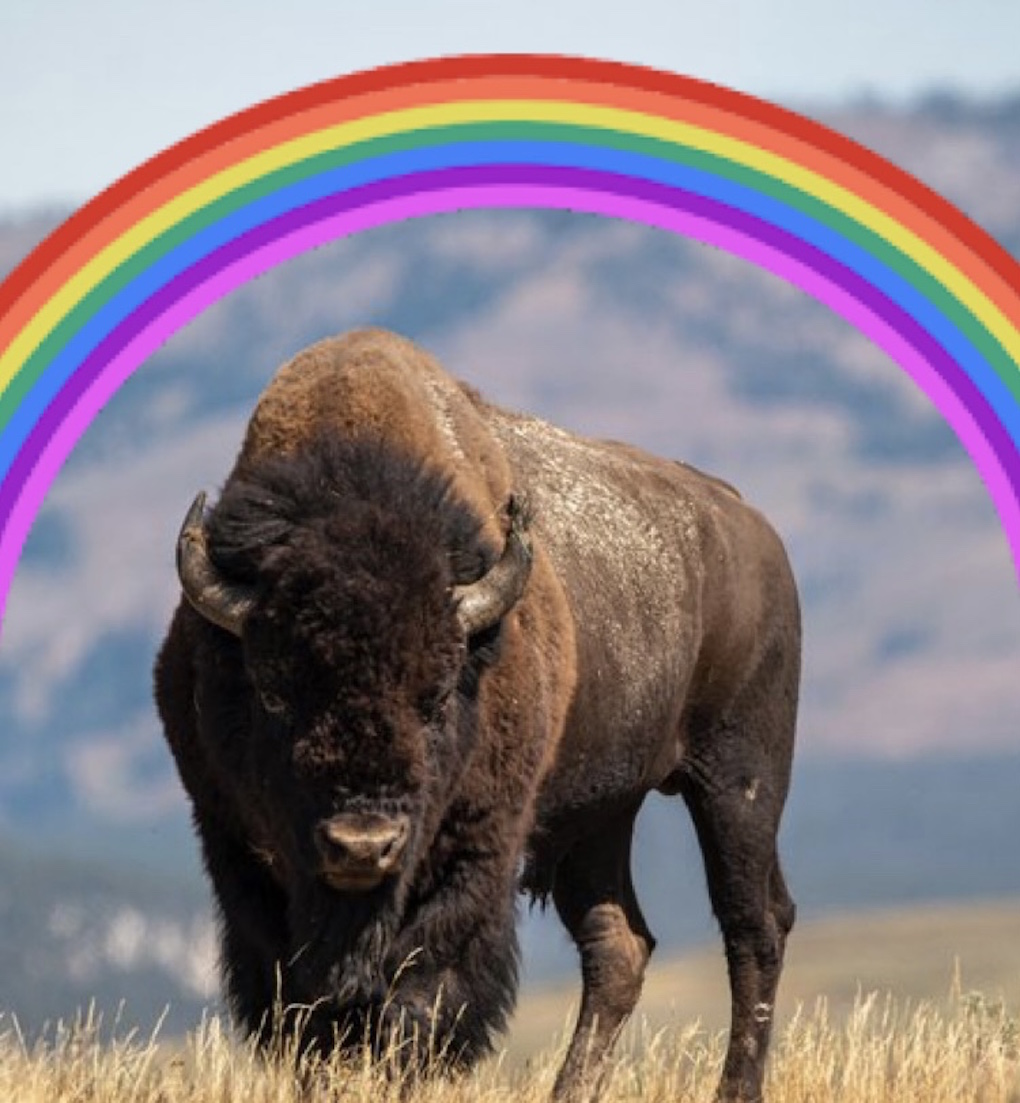 Bison on the Great Plains by Goutham Ganesh Sivanandam, Unsplash

29 December is probably the most significant date in Lakota history, the Massacre at Wounded Knee; it’s also my birthday! My instinct tells me I should keep these events separate and not intrude. My Lakota name is merely a courtesy after all, but I consulted with a Lakota friend who has encouraged me to share the connection. @SpottedElk7 says:

“Others born on that day will know it’s a day to remember. Let’s celebrate the Rainbow of people born on this tragic day! Make the ancestors’ prophecy come true! Mitakuye O’yasin (All my relatives.)”

We first need to understand what the warrior is to indigenous people (not just Lakota). Sitting Bull, Tȟatȟáŋka Íyotake, probably expressed it best:

“For us, warriors are not what you think of as warriors. The warrior is not someone who fights, because no one has the right to take another life. The warrior, for us, is one who sacrifices himself for the good of others. His task is to take care of the elderly, the defenceless, those who cannot provide for themselves, and above all, the children, the future of humanity.”

According to this definition, a woman or a child can be a warrior, and many are! I’ve mentioned Tokata Iron Eyes and Greta Thunsberg previously, two teenagers from different cultures who formed a bond. They’re legally adults now but they were children when they started campaigning!

This is what it means to be a Warrior of the Rainbow. It means all warriors of whatever race, colour or creed unite in defence of their Grandmother, Earth. In Lakota it’s Uncí Makȟá. Could this be the seventh generation that the prophecies refer to? Have we remained deaf for too long to what our youth are trying to tell us?

If there’s one video that explains most eloquently what I mean it’s this one:

The events of December 1890 should resonate with everyone who calls themselves a Christian or a socialist. It started with a spiritual revival which was spreading throughout the West and feared by the authorities, just as the spread of Christianity was feared by the Romans and socialism is feared today!

The Ghost Dance was a ceremony incorporated into numerous indigenous belief systems. According to the teachings of the Paiute spiritual leader, Wovoka, proper practice of the dance would reunite the living with spirits of the dead, bring the spirits to fight on their behalf, end American westward expansion, and bring peace, prosperity, and unity to Native American peoples. The dance included shirts that were said to stop bullets. When the movement reached Standing Rock, Sitting Bull allowed the dancers to gather at his camp. Although he did not appear to participate in the dancing, he was viewed as a key instigator. Alarm spread to nearby white settlements.

At dawn on December 15, 1890, 39 native police officers and four volunteers surrounded Sitting Bull’s house on the Standing Rock reservation and killed Sitting Bull and seven of his supporters.

The death of Sitting Bull struck fear into the hearts of those Lakota who had been opposed to reservation life. Thousands gathered in the Badlands of South Dakota in preparation for a US attack. Others rushed to Pine Ridge where the Oglala chief Red Cloud was attempting to negotiate the preservation of Lakota traditions without bloodshed. Lakota chief Sitanka, known to the white Americans as Big Foot, hoped to join those at Pine Ridge and help find a peaceful resolution to this tense matter. He was not a Ghost Dancer, but many of his people were, and he had been placed on the Bureau of Indian Affairs’ list of hostiles. As he was leading some 350 Lakota to Pine Ridge reservation, a detachment of the 7th Cavalry was sent to intercept him, confiscate all weapons, and escort them all to a military prison at Fort Omaha, Nebraska.

On December 28, 1890, the 7th Cavalry, commanded by Col. James W. Forsyth, reached the Lakota camp near Wounded Knee Creek, roughly 20 miles northeast of the Pine Ridge Agency. Sitanka informed Forsyth’s scouts that he would surrender without resistance and, on December 29, Forsyth began the process of weapons confiscation. He herded the Lakota into a nearby clearing and surrounded them with his cavalry, and four Hotchkiss guns positioned on a nearby hilltop. Sitanka surrendered a few guns as a token of peace, but Forsyth was not satisfied and ordered a complete search of the camp. The increasingly intrusive search angered some of the Lakota, and one man began to dance the Ghost Dance in an attempt to rouse the other members of the band, claiming that bullets would not touch them if they donned their sacred ghost shirts. The fraught situation turned violent when a deaf Lakota named Black Coyote refused to give up his gun, the weapon accidentally went off and the 7th Cavalry opened fire. Most of the Lakota had already given up their weapons and were left defenceless. Scores were killed in the first few moments, among them Sitanka. Some women and children sought protection in a nearby ravine, but the Hotchkiss guns fired on their position and those who were able to make it a little farther were cut down by the mounted soldiers. The 7th Cavalry did not discriminate, they were out to avenge their defeat at the Little Bighorn 15 years earlier.

In February 1973 the American Indian Movement, led by Russell Means and Leonard Peltier occupied the Wounded Knee sight. But that’s a story for another day. In the meantime, let’s heed Sitting Bull’s advice:

“Let us put our minds together and see what life we can make for our children.”

We have examples of what it means to be a Warrior of the Rainbow. The Irish never forgot the help they received from the Choctaw Nation during the great potato famine and repaid it by sending aid to the Navaho and Arapaho in this pandemic. At this moment supporters of the Palestinian Solidarity Campaign in British Columbia are extending solidarity to the Wet’suwet’en Nation who are suffering attacks from a militarised police force merely for defending their territorial rights!