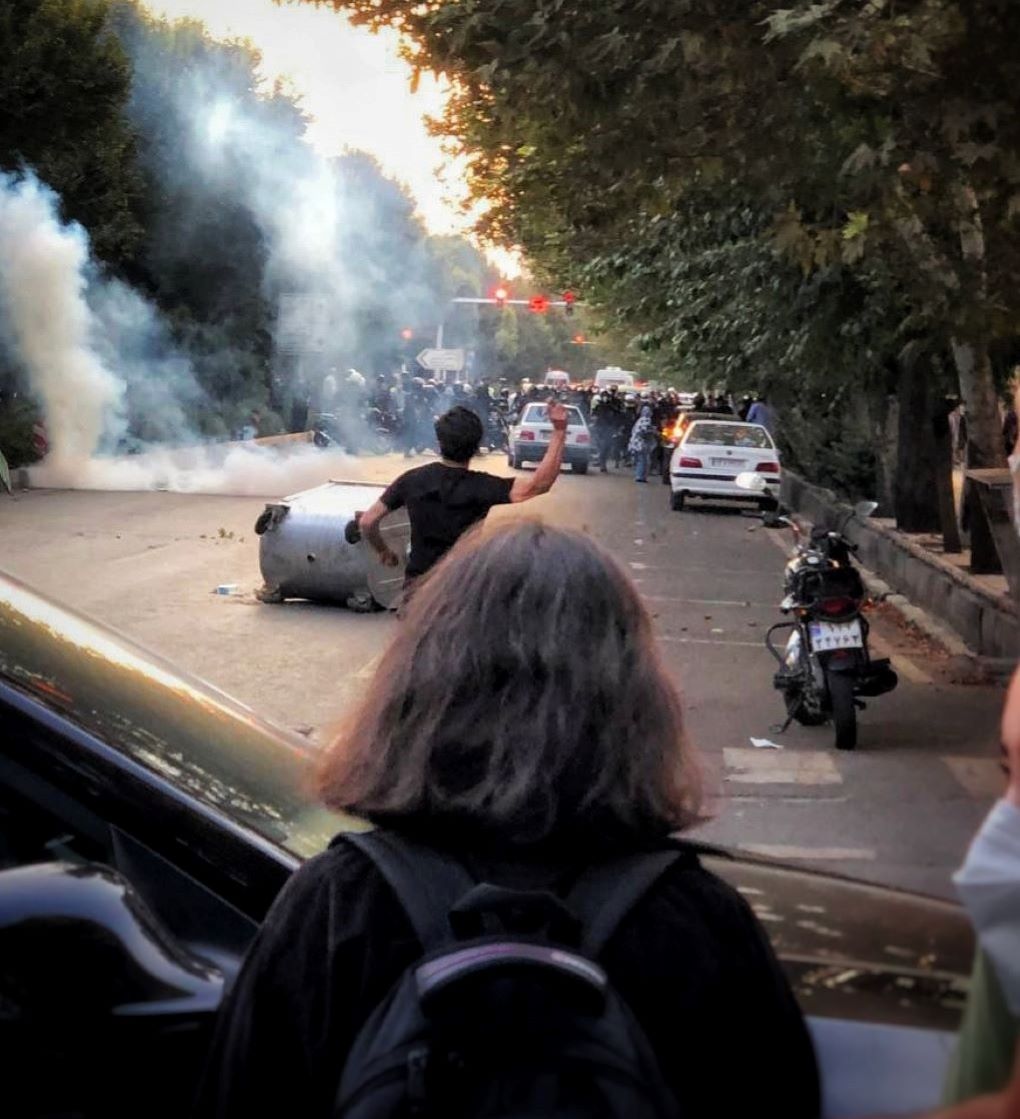 PROTESTS continue in Iran, four weeks after the death in custody of Mahsa Amini after she was arrested by Iran’s morality police for failing to wear her hijab correctly. Women took to the streets in protest. Some burned their hijabs. Others have cut off their hair on the premise that if hair is so offensive that it has to be covered, they will shave their heads.

Women have continued to lead the protests, confronting the security forces on the streets. But they are not alone. Mahsa Amini’s death has released anger against the regime that has been building for years. The protests have spread across Iran from the Kurdish region on the Iraq border to the capital, Tehran.

The regime has responded with brutal repression. Thousands have been arrested, at least 200 have been killed, either beaten to death or shot. Most of them are men. But women, children and teenage girls have also died.

The internet has been closed down in an attempt to restrict the protests and stop images being shared. State media swings between denying that the protests are happening and claiming that they are part of a destabilisation campaign fostered by the West.

Death to the Dictator!

The government’s hard line has upped the stakes. As well as the original campaign slogan of ‘Woman! Life! Freedom!’ there are calls for an end to the regime and chants of ‘Death to the Dictator!’ in reference to Iran’s supreme leader Ali Khamenei.

Economic crisis has led to mass strikes and demonstrations that were violently suppressed between 2017 and 2020 but did give rise to political demands from the Iranian Democracy Movement. Will the current protests fare any better?

So far there has not been significant strike action. A strike was quickly suppressed at the Abadan oil refinery this week. Most of the government is holding firm, but one prominent conservative politician, Ali Larijani, has called for ‘a less rigid response.’ And there are rumours that the morality police’s powers could be curbed.

The history of the regime shows that they are unlikely to submit to demands for reform. But equally, the protestors are not going to stop fighting for their rights. The Shah of Iran was overthrown after a year of mass strikes and protests in 1979 despite brutal repression and the support of the USA for his regime. The current regime emerged from that revolution and relies on anti-American feeling to bolster it against internal opposition.

But that opposition is growing despite the level of repression. If the strike at Abadan is a sign of things to come and the dissenting voices within the ruling class become more pronounced, the pressure for regime change could become irresistible provided the courage of the protesters does not falter. And let nothing detract from their courage. One young man told the BBC that when they go out to protest

Yet still they go.