Will there ever be peace in Ukraine? 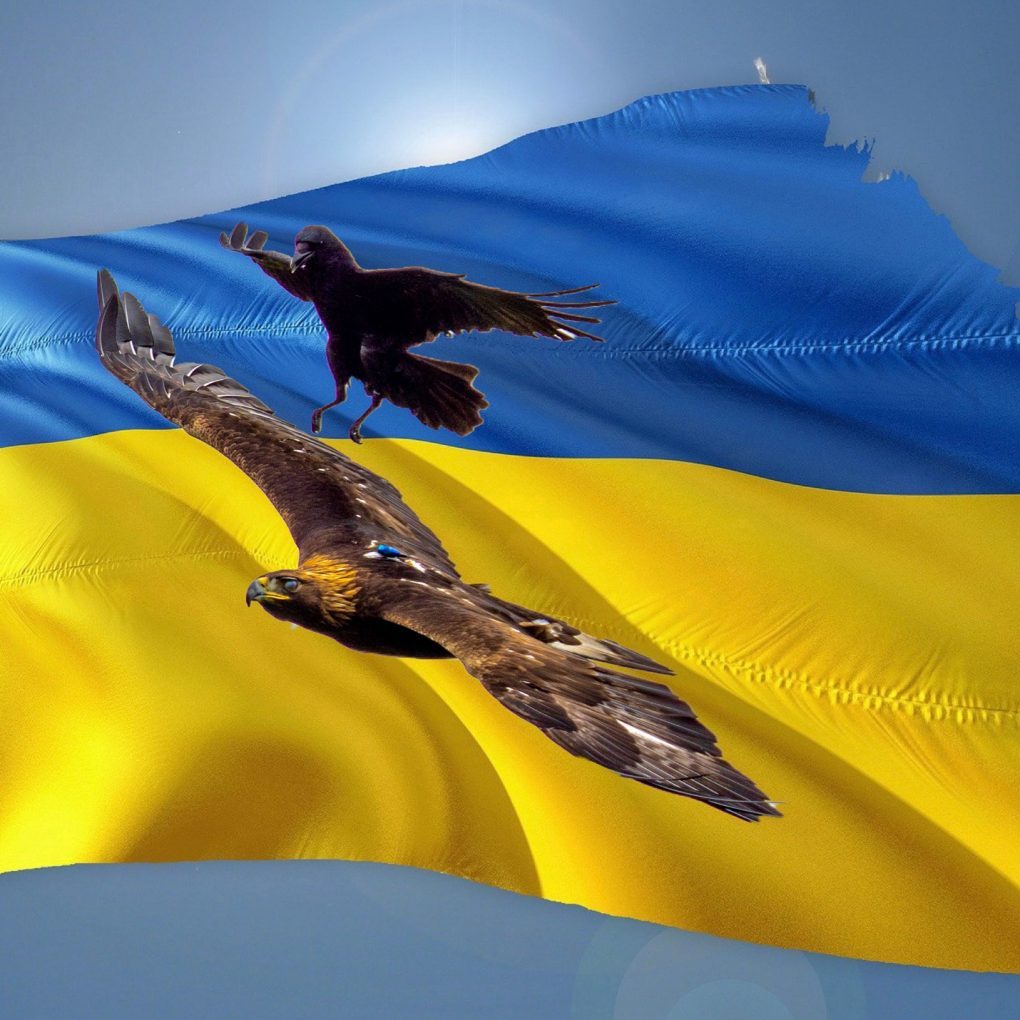 It has been ten long months since Russia invaded Ukraine on 24th February 2022. In that time it has been estimated that more than 100,000 Ukrainians have been killed or wounded, with Moscow’s troops suffering a similar number of casualties. There have been reports of rape and torture. Tens of thousands of people have also been displaced. The normality and mundaneness of a life consisting of home, school, work and Sunday lunches with the family have been replaced with terror, unfamiliarity and chaos.

As I write reports have come in of a Russian rocket having struck the maternity wing of a hospital in eastern Ukraine killing a new-born boy and critically injuring a doctor. Every life lost is a tragedy but the murder of a two-day old baby, whose mother had just successfully given birth in the most difficult circumstances, throws a spotlight on the futility and barbarism of war. The latest strike comes as Kyiv’s mayor said the city is bracing itself for the “worst winter” since World War II, with widespread power cuts and dropping temperatures

How much more can the Ukrainian people take?

I am left wondering how many more sons, daughters, mothers, fathers, grandparents, aunts and uncles are going to lose their lives before some sort of face-saving compromise is reached. Let us also not forget the families of many of the young untrained Russian soldiers and conscripts being forced to fight a war and die for a cause most do not understand. The reality is, of course, that there will need to be an agreement of sorts, sooner or later. Behind every statistic is a back story of a life not lived, of loss and grief that will impact on families and communities for generations to come.

There is, though, no sign of any end to this nightmare. Zelenskyy is on record as saying he is not interested in peace talks with Putin, and, on 4th October, he signed a decree saying the annexation of the Donetsk, Luhansk, Kherson and Zaporizhzhia regions was illegal. At the same time, Vladimir Putin proudly announced that the areas had re-joined the “historic motherland” after the regions, which are currently under military occupation by Russia, voted in a referendum to re-join the country.

It is perhaps not surprising that Ukraine seems willing to fight to the death to resist Russian aggression. There are the obvious reasons based on a supposed consensus in terms of state sovereignty, non-intervention in domestic affairs and non-aggression.  The fact that, since 1945, the US has tried to overthrow more than 50 governments, grossly interfered in elections in 30 countries, bombed the civilian populations of 30 countries, used chemical and biological weapons and attempted to assassinate foreign leaders is rarely mentioned. There is hypocrisy. There has been media propaganda. But the need to accept the definition of “state sovereignty” is one that cannot and should not be questioned.

The passion and courage with which the people have resisted the Russian invasion is also rooted in the troubled history of Ukraine, which is one of a hard won and bitter fight for independence and the right to self-determination.

My husband’s own family suffered greatly as a result of being born in that part of the world where the borders were constantly redrawn on the whim of the superpowers who were exercising control at that time.

The Nazi extermination policy in Ukraine, during WW2, ended the lives of millions of civilians in the Holocaust and other Nazi mass killings: it is estimated 900,000 to 1.6 million Jews and 3 to 4 million non-Jewish Ukrainians were killed during the occupation. This was the fate of Great Grandfather  Stanislaw, who, as a head of a school, was seen as a dangerous intellectual and sent to a labour camp where he died before the end of the war.

The point is that behind every statistic is a tragic story. In this case, it is one of a young couple who had drawn up plans for their first home, Villa Rosa, in a suburb of Chernivtsi.  They had one son who they lost contact with during the invasion. Our family records show pitiful letters, written by Gabriella, to the local newspapers across Europe begging for any information about her much-loved only child. He had escaped, and was given sanctuary in the UK. Sadly, his mother died before hearing of his safety.

After the war ended Western Ukraine was reabsorbed into the Soviet Union, and Russia continued the purge, started by the Nazis, against anyone regarded as an “intellectual”. Many were killed or exiled to Siberia.  Great Grandmother Gabriella stayed on in their home, alone, but died shortly after the end of the war. Villa Rosa was confiscated by the Soviets.

There is no doubt that the written and oral history of struggle and persecution will have had an impact on future generations of the Ukrainian people.

Inherent in any conflict is the strong belief by both sides that they are right.  It is difficult to consider what possible justification Putin could have for invading a sovereign country, and the reporting by the British media has certainly not been unbiased to allow consideration of an alternative reality.

However, although there is a risk of simplifying the causes of the current conflict, for some people Putin’s actions did not come as a surprise.  The background to the current dispute started with the fall of the Soviet Union in 1991 and with Ukraine, once again, declaring its independence from Moscow. At the same time NATO expanded towards Russia’s borders eventually taking in most of the European nations that had once been in the Communist sphere.

Risks of Conflict highlighted decades ago.

The potential for conflict and instability was recognised by several American academics at the time. In June 1997 50 prominent foreign policy experts signed an open letter to Clinton saying, “We believe that the current US led effort to expand NATO … is a policy error of historic proportions” that would “unsettle European stability.”  In 2008, Burns, then the American ambassador to Moscow, wrote to Secretary of State Condoleezza Rice: “Ukrainian entry into NATO is the brightest of all redlines for the Russian elite (not just Putin). In more than two and a half years of conversations with key Russian players, from knuckle-draggers in the dark recesses of the Kremlin to Putin’s sharpest liberal critics, I have yet to find anyone who views Ukraine in NATO as anything other than a direct challenge to Russian interests.”

It is not surprising, therefore, looking at the redrawn map of those countries bordering Russia, that Putin has felt his country is becoming weaker and more isolated by NATO’s expansion. Putin has described the Soviet disintegration as one of the greatest catastrophes of the 20th century that robbed Russia of its rightful place among the world’s great powers.

There is no doubt that Ukraine’s confidence, and ability to resist, has been fuelled by the massive support in the form of arms given by NATO. Whilst it has stopped short of putting boots on the ground individual NATO member countries are sending weapons, ammunition and many types of light and heavy military equipment.

To date, NATO allies have provided billions of euros’ worth of military equipment to Ukraine, with the USA being the biggest contributor. The UK has provided the second largest support. The table showing exactly how much the UK has provided makes interesting reading, particularly when considered alongside the austerity measures currently in place. As always, it is about priorities.

There are no references to peace by any of the NATO countries. This attitude is summed up by an article in the Guardian on 23rd November by Timothy Garton Ash: ‘The best path to peace is not talks with Putin but helping Ukraine to win this war’.

So, while there has been a great deal of sabre rattling, there has been very little clarity around “what winning this war” will look like, let alone whether it is achievable without running the very real risk of escalating the conflict into a catastrophic Third World War. This is, perhaps, all we need to know in understanding that “peace or compromise” is not yet seen as credible. There is only a vague notion of “victory.”

The New York Mag tried to outline the various scenarios. It suggests that there are three competing theories of victory. The first is that Ukraine wins by simply repelling the invasion and returning to the status quo as it existed pre–24th February. The second definition, which is the one that President Zelenskyy has embraced, is that Ukraine will not talk with Russia about negotiations until all territories occupied by Russia since 2014 have been recovered. That, of course, is a more difficult and dangerous concept of victory and, if pursued, is likely to lead to a prolonged escalation of the conflict. Then there is the unspoken objective, potentially being explored by the US and NATO, that not only should Ukraine recover all pre-2014 territory, but that this should be accompanied by a considerable weakening of Russia’s power base. This is what Putin fears. This is the most dangerous and expansive theory of victory.

The message is clear.  “Winning” this war, whatever that means, and with all that entails in terms of death, suffering, displacement and a destroyed infrastructure is a price worth paying.

The Ukrainian people will soon realise that, unlike the welcome given to Stanislaw and Gabrielle’s children after WW2, the generosity of Western countries, and particularly the UK, will start to wear thin when faced with tens of thousands of displaced people. Supplying bombs is one thing. For this government, providing sanctuary is another.