Why we need Proletarian Environmentalism 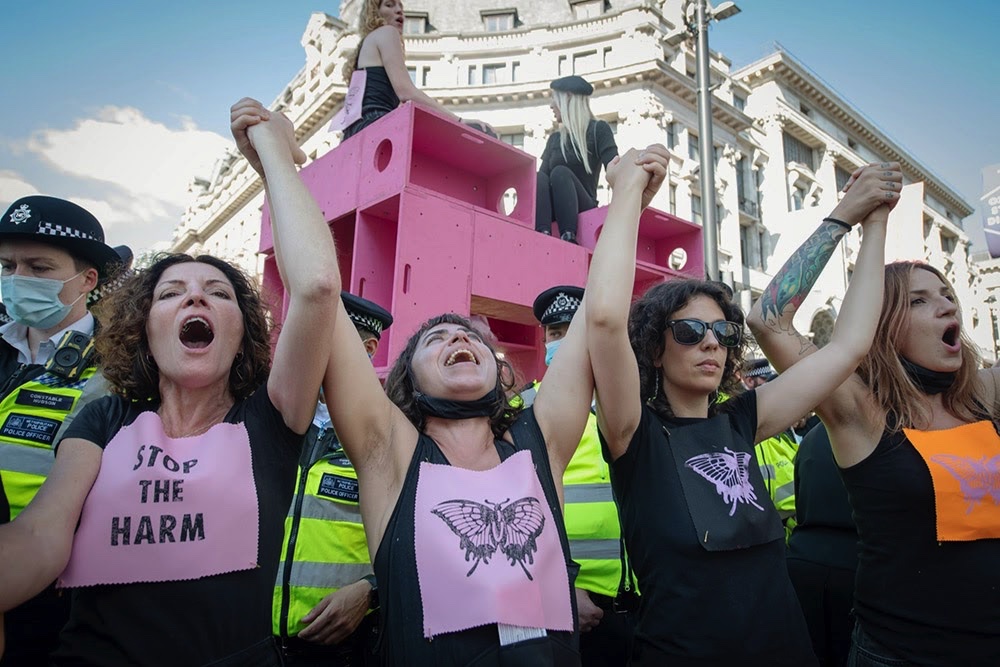 I feel like I say this all the time, but class struggle is the centre of my politics. I have worked politically in the working class movement as long as I’ve been politically active, as well as within the black liberation, trans rights and gender equality struggles, but class is my bread and butter. I love the British working class and everything about it. In fact I love the global working class and everything about it, from the protesting Indian farmers to the French Resistance to the Battle of Cable Street to the great labour songs of the USA; the struggles of the workers are my struggles. But something threatens our great shared international, inter-racial, inter-gender, inter-generational culture, the oncoming storm of climate change.

Climate change is the biggest threat to the international working class since the rise of the Nazis. Socialism isn’t achievable on a burning planet! I have good news and bad news for you, and the bad outweighs the good by a metric tonne or more. The good news is that the working class have begun to rise up across the world against climate catastrophe, in the global trade union movement, in New Zealand’s new government, in the streets of the US and in the indigenous movement of South America. The apolitical working class now realise that our communitarian socialist values of practical internationalist solidarity are threatened by this man-made creation.

But a question arises from the phrase ‘man-made’. Who caused this crisis?

Let’s put a pin in that one for now. On a separate note, I’ve noticed something about the UK’s climate action movement. Put simply, it’s very bourgeois! The largest street movement against oncoming catastrophe is Extinction Rebellion, a group formed in 2018 by lifelong activists against climate change. The trouble is that XR has always been entangled in other petit bourgeois struggles, whether it be that against Brexit or other technocratic movements more widely. XR’s methods include street blockades, traffic halting and mass arrest. Many demonstrators cosplay as the burning planet or art pieces representing extinction.

Truth be told, I like XR, and endorse it because of its tactics of raising awareness of a planet on fire. My critique of XR is, as George Monbiot put it in the Guardian, ‘too white, and too middle class’. Not to say that all of XR falls into this ideological trap, as some protests have centred on working class interests and class politics, but plenty of XR protesters are, in my view, still stuck in an individualistic framework of what is possible in our fight against climate change. Neoliberalism and libertarianism are no friends of the movement against climate apocalypse!

Again, look at any media piece on XR, focus on the protesters. These protesters are overwhelmingly white and privately educated. These are not the only people who will be impacted by climate catastrophe. It’s almost a philanthropic endeavour by some XR activists. There is a small, petit bourgeois sect in these movements, a minority but a significant one nonetheless, who view the movement through a neoliberal lens, an individualistic lens, for the purposes of their own self-actualisation, however noble their goal may be.

I’ve also seen some XR supporters attacking working class people due to the manufacturing jobs they’re involved in and blaming them for the crisis. This returns to my original question, ‘Who created this crisis’? Well, it’s not the working class. So often across the world the workers have been at the forefront of the fight against climate change, and it’s our job to make this the case in the UK. Whilst the working class may have contributed to certain aspects, we have to ask why. It’s because capitalists haven’t changed their ways, and workers have to do this for pay, often measly pay! Predatory bosses only gain from a criticism of climate change which blames the working class. Whilst one of XR’s principles states, ‘We avoid blaming and shaming—we live in a toxic system, but no one individual is to blame,’ some of their protesters do often fall into this trap.

So, with all of this in mind, I propose something new for the environmentalist movement in the UK. Many have spoken about this too, but I think I’m going to give it some British characteristics. Let’s call it proletarian environmentalism. It’s led by workers, who will suffer the most from climate breakdown. It doesn’t blame the working class for what they have to do to survive, but points the finger at the capitalist system instead. It allies itself with people of colour fighting for liberation, women fighting to be equal to their male counterparts in the workplace, trans people fighting for healthcare, soldiers being sent to their graves in pointless wars which only serve the bosses who created this crisis. It’s communitarian, it doesn’t discriminate. It allows middle class people into the movement as well, but recognises that the workers have the most to lose from the climate emergency.

It calls for the abolition of landlordism and capitalism, calls for nuclear disarmament, supports decolonisation and anti-racist struggles such as Black Lives Matter, and is inclusive. It has a ground protesting force able to occupy large public spaces, and advances the fight for a more sustainable, green, socialist world. It bleeds red and green. It’s mobilised through the trade unions and the closed shops. It isn’t afraid to do a day’s work without being labelled ‘part of the problem’.

So let’s fight for that better world. It’s time for proletarian environmentalism.

2 thought on “Why we need Proletarian Environmentalism”