When the revolution comes 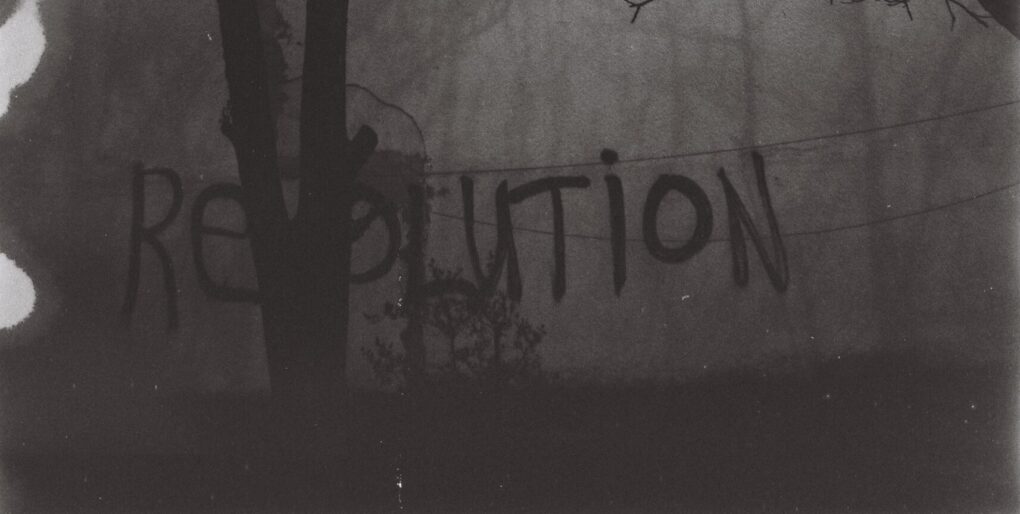 Photo by Anastasia Tulinova from Pexels

REVOLUTION. If you are a socialist, there is little doubt that at some point you have sat in a bar or coffee shop discussing ‘when the revolution comes’. Much of this conversation, especially the more drunken variety, will have been quite fanciful and involved the lining up of our political enemies against a wall.

Most socialists, especially in the developed western states, aren’t actually envisaging shooting their enemies. And, most, if they are honest, talk about revolution as a kind of distant utopia. Whilst it’s nice to dream about a different type of society, it seems far removed from the day to day reality of a lived experience which is as much about survival as it is about political activity.

Which brings me to a question I was asked on Twitter a couple of weeks ago: How do we get from here to there? If capitalism is beyond reform and people do not seem in the mood for revolution, what should we, meaning would-be socialist revolutionaries, do in the here and now?

Psychologists will try to convince you that you have what they refer to as an ‘internal locus of control’ There is undoubtedly a truth lurking in this pseudo-science. People generally hate to feel that they have no control over their immediate environment. For socialists, this means that if the goal of our political activity is revolutionary change, we have a deep seated desire to influence this change.

But unlike, for example, tending your own garden, or decorating your own room, society is not so amenable to change. At least not by an act of will alone. Genuine revolutionary change occurs very rarely, perhaps every 5 or 600 years. The last significant change was the shift from feudalism to capitalism. This took place about 350 years ago.

Of course, there have been lots of changes since, not least technologically, but all of these have been changes to the way capitalism works not changes to capitalism itself. Even events which are called ‘revolutionary’ don’t constitute epochal change. Perhaps the major events of the twentieth century were the revolutions in Russia (culminating in the Bolsheviks taking power in October 1917) and in China (led by Mao Tse Tong in October 1949). But neither of these events, as momentous as they were, resulted in a fatal challenge to the capitalist epoch.

Indeed, whilst there are arguments about the economic systems used in both Russia and China, they are best described as, in Tony Cliff’s phrase, ‘state capitalist’. That is the antagonistic position of the private bourgeoisie replaced by the party bureaucracy, assuming the role of a state run capitalism. Not everybody on the left agrees with Cliff’s analysis, but the point is that neither Russia nor China have resulted in the passing of the capitalist epoch to a socialist one. That day is still to come and it may well turn out that those countries who have experienced some form of state socialism will be first to finish the job.

Which does not answer the question how to get from here (capitalism) to there (socialism)? Answering this is not easy; generations of revolutionaries have tried to predict when capitalism will fail and how, mostly without much success. Let’s see if we can at least give some general contours. The first thing to note is that capitalism has two features which make it difficult to predict its demise with any accuracy. Firstly, it is highly adaptable. Whilst early capitalism retained much of the feudal system from which it emerged, later capitalism has developed advanced forms of democracy and distributed income in such a way as to make many people, even those with very little, feel an affinity with the system. But, secondly, capitalism, despite being a global system of trade and wealth creation, has also developed unevenly.

This uneven development has been crucial in allowing capitalism to offset crises in one part of the globe by transferring production to other parts. In effect, capital can move from the places where Labour is well organised and therefore more expensive to places where it is less well organised and cheaper. Cheap Labour in one part of the economy acts as a brake on labour militancy elsewhere. In short, the phrase most of us are familiar with: “If you don’t want this job, there’s plenty that do”.

Unemployment, what Marx called ‘the reserve army of labour’, acts in the same way.   However, it is not just the threat of unemployment and poverty, but the fact that capitalism has provided a tolerable standard of living to many workers, thus making them feel, rightly or wrongly, that any alternative system is likely to be worse. Of this much most socialists are fully aware.

Marx analysed capitalism and found certain features which led to his conclusion that its fall was ‘inevitable‘.  One of its persistent features is what Marx described as ‘the tendency of the rate of profit to decline’.  It is important to note here that this rate of profit is not the profits any particular company makes but the general rate of return on capital across the system. This is very difficult to pinpoint accurately.

According to schwab.com, rates of return from 1970-2021 were around 10.8% but, due to a number of factors, the estimated rate of return from 2021-2030 is between 4-6%. This is not the total collapse of the system but evidence that the system is, to use one of the phrases beloved of economists, ‘cooling down’. In other words, the pull factor that encourages investment is weakening. What this means in real terms is that investors, rather than investing in capital projects, may well decide to keep their money sitting in the bank, albeit earning very little interest.

Investment decisions are real and have real consequences for the rest of us. They need to be taken in advance and a slowdown in investment is an indicator that those with capital are nervous about the durability of the system they rely on. Confidence indicators are taken via surveys on a range of 0-100 where 50 is neutral. These are the surveys which fill headlines when they are dramatically low, but the reality is that confidence can alter dramatically over the space of a couple of months. The trend, however, in business confidence since the 1970s has been downward, meaning that those with wealth have been reluctant to invest their wealth in anything other than sure certs; the equivalent of saying that you will only back a horse if you know that it is running against donkeys!

The issue is that, when business confidence is low, and when investment returns are also low, capitalism has a problem; a problem the system corrects by allowing unprofitable sectors to go to the wall so that the strong survive. But it is a recurring cycle of boom and bust, of upturn and downturn, where the upturns get shorter and the downturns longer. And, that, in short, is where we are currently at. Low levels of investment, coupled with low levels of confidence are creating an environment where people’s jobs are at stake. Bear this in mind. An investor rarely suffers personally through their decisions. The losers are ordinary workers whose jobs disappear on the basis of the confidence levels of people, many of whom have never done a day’s real work in their life. It is not just job losses but also the worsening of conditions and the lowering of wage rates as individual capitals seek that elusive market advantage.

These are conditions which dog the capitalist system. Workers do not want to pay the consequences of the bad decisions made by bosses and investors. They may be the most apolitical workforce imaginable or the most militant, but, when their livelihoods are threatened, they will fight to save them. The conditions are absolutely right for such a fightback to begin. Not because workers are gung-ho for a confrontation, but rather because they see no alternative.

Traditionally, capital has been able to rely on the uneven development of the system to transfer jobs and risk to areas that have lower unionisation and lower wages. These decisions, of course, are not always that straightforward. There are issues of relevant skills and being close to important supplies. Nonetheless, as capital has extended its reach into more and more parts of the globe, the ability to stop workers’ action by transferring their jobs to other places is diminished, even though it clearly still exists. A high degree of unionisation is the check and balance on decisions being taken by capital.

It is difficult to predict the future. Actually, it is impossible to do so. However, all the indications are that capitalism is in a period of decline. It is also true that where workers are brought together, even in situations where the bosses have a monopoly of state power, they recognise that their interests lie in combining. Large scale democracy has made the ability of capital to buy off the workforce more complex. And, what we are likely to see is the legitimacy of a system which delivers only for a rich minority questioned. The problem for the ‘ruling class’ is that it is harder to withdraw democracy than it is to prevent it in the first place.

So, when the revolution comes, the job of socialists will be to be ready. Since we don’t know exactly when things will kick off, that means spending our time thinking about how the revolutionary situation might evolve. And, this will be very different in different places. But what it must have in common is a collapse of capital, a ruling class who have lost the legitimacy and ability to rule and a class, broadly speaking the working class, in a position to challenge for that position as the new ruling class. This is what Marx and Engels called ‘the dictatorship of the proletariat’.

This idea of a ‘dictatorship’ sounds ominous, but what it actually means is the majority in society who are currently exploited and oppressed being placed in a position to end that exploitation and oppression by suppressing, albeit temporarily, the minority, who until now have had things pretty much their own way. It is into this arena that socialists will have to enter with a plan first to abolish class rule entirely and replace it with the direct rule of the people, and, secondly, to begin the task of putting the productive capabilities of society to work for the majority, not just to enrich a minority. It is why we need to spend time this side of the revolution arguing and educating. The more people who see through the system now, the easier the transition will be. For one thing of which we can be certain, when the revolution comes, the work of socialists will have only just begun.

3 thought on “When the revolution comes”