Whatever happened to the working class? 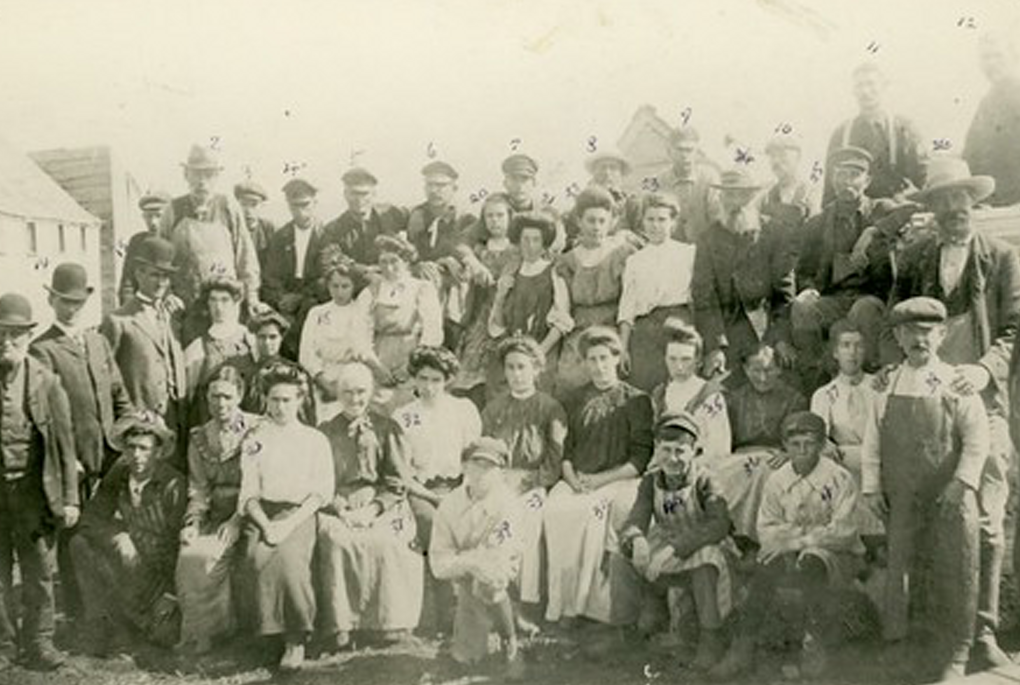 We hear a lot about the working class. A lot of it negative, or at the least derogatory. People like to think that we now live, those of us fortunate enough to live in advanced capitalist economies, in what John Major, in a speech to the Conservative Party conference in 1991, termed the ‘classless society’. To be precise this is what he said:

Note his vision not an actual classless society but one where everybody knows their place and respects those who are above (and below) them. His idea of respect was as baseless as his ideas of class. This type of respect is not the respect between equals but one based on respect for one’s betters.

You might wonder why I am trawling back through a failed Tory Prime Minister’s speeches to discuss class. Most people reading this will know full well that a Tory classless society is a misnomer. That class is built in to the very fabric of the type of society they both promote and thrive in. When people like Major talk of classlessness what they are really doing is saying that the lower classes should know their place.

Strangely enough “liberals”, by which I mean those who advocate the political theory of liberalism, rather than those rather insipid individuals who join the Liberal Party, are also rather keen on the rhetoric of classlessness. John Rawls, one of the foremost liberal thinkers of his generation, believed that a just society was one where those with talents were able to exercise those talents. That in doing so a kind of natural hierarchy would appear, but that somehow those at the bottom of this hierarchy would have self-respect because they would know that is exactly where they are supposed to be.

For or of the working class

At the Labour Party Conference held in Brighton last week, class was almost as prominent in the discussions as socialist revolution. That is to say, hardly at all. Labour, despite claims that it is a working class party, is not a party of the working class. Some argue that this is a change. That Labour was once not just for, but of, the working class. If you believe that, you are buying into a bit of leftist mythology which most of us have believed at one time or another.

Some people, Labour leftists mainly, will not agree with me. That is their right. But, the real issue here is what would it mean to be ‘of’ the working class, and is that different from being ‘for’ them. Clearly, the first issue is to be clear what it is that you are talking about. The working class has a nice sound to it but is it any more than what sociologist call a ‘heuristic’ device.

According to the Sociology Index a heuristic device “is an abstract concept or model useful for thinking about social and physical phenomena.” To put that in simpler terms, heuristic devices are ways to make sense of the World by looking at things in broad terms. These ‘devices’ are not meant to be representations of the real World but approximations which help us to understand the real World in approximate terms.

A paper in a Sociology journal by American academic Richard Rose explored the extent of class based voting in 1964, an election Labour won. His analysis and conclusion is interesting in the context of debates within the current Labour Party. He uses what he describes as an ‘ideal-type’ to assess class voting. His working class voter thus has four characteristics: membership of a trade union (or a parent who is a member of a trade union); lives in rented accommodation; only minimal education (meaning left school at 15); and subjectively working class. He concludes “In short, Labour voting in the working-class should be regarded as probable, rather than typical or invariate.”

This idea that class is to be used as a heuristic device created through what the German sociologist Max Weber called ‘ideal types’ leads us into a bit of a blind alley. Claire Ainsley, who is currently the Policy Director for the UK Labour Party and was previously at the Joseph Rowntree Foundation, is very taken with the idea that the working class has changed significantly. She describes what she calls ‘the new working class’.

In a blog on her publisher’s website she says: “As I showed in my book The New Working Class, class is not less relevant, but is different to the traditional working class that went before it.” Note that “as I showed”. Of course, if you are working for Keir Starmer, how could you ever be wrong. So class has changed apparently. So what is this ‘new working class’? In another blogpost shortly after her book was published she describes this ‘new’ class as being “made up of people doing jobs in the service sector like retail, hospitality and care; it is multi-ethnic, and diverse; living off low to middle incomes.” She describes them as having a set of values to which any political party wanting to win would have to aspire. They are “family, fairness, hard work and decency.” This incidentally appeared in Conservative Home, which makes me wonder whether Claire Ainsley saw her natural home as helping the Tories, which she is now doing within the Labour Party.

The Labour Party clearly believe that they understand the working class. They see them as infused with values which are essentially conservative. This explains their reluctance to criticise the Tories. It also explains why, under Starmer’s leadership and Ainsley’s direction, the party is terrified to promote anything that looks like socialism. They are using a half-baked heuristic device to abandon policies associated with the era of Jeremy Corbyn. This despite the fact that in 2017 those policies attracted a record number of voters exceeded only by the 1997 landslide.

If though class isn’t a set of characteristics, or a set of values, then what is it? It’s an old question which has been pored over by academics for years, but is most impressively spelt out by Marx over 150 years ago. The problem of sociological definitions of class is that they are constantly changing. Marx in a series of writings from 1846 onwards outlines a theory of class which defines it in terms of its relationship to the means of production. And, yes the means of production do change. The dark satanic mills described by Marx’s friend and collaborator Friedrich Engels may no longer exist but the relationships which characterised the economic relations of which they were a crucial part certainly do still exist. Workers still have to work in order to eat and there still exists a class of people who own and control the means for them to do so. Whilst this might appear as ‘just the way things are’, as Marx remarks in Capital: “Nature does not produce on the one hand owners of money or commodities, and on the other hand men possessing nothing but their own labour-power.”

The so-called ‘new working class’ is supposed to be different from the ‘traditional working class’ because they are employed in service industries. This is proof, for those dedicated to the maintenance of capitalism, that the working class described by Marx no longer exists. This means that notions of class struggle, solidarity, mass action and collectivity are similarly out dated. All that is left is a classless society, or a society in which class is so fluid that it loses any explanatory use.

But, the working class is not defined by its possession of certain jobs or what type of pasta they eat it is a relationship to the way in which labour is turned into what Marx termed surplus value. Surplus value is not, in this sense, profit, although profit would not be possible without surplus value. Put that to one side. The nature of capitalism is in commodity production. Commodities are the source of wealth creation. The means in which the labour power of those with no capital of their own is turned into value is the basis of the type of society we live in. When workers mix their labour power with raw materials, what comes out of the other end is commodities and what Marx analyses in some depth is how workers do not receive back the full value of what they produce but produce a surplus for the capitalist.

In Capital, Marx talks in detail about the means by which labour power is used to create surplus value. In one of his more colourful passages he says: “Capital has one sole driving force, the drive to valorise itself, to create surplus-value, to make its constant part, the means of production, absorb the greatest possible amount of surplus labour. Capital is dead labour which, vampire-like, lives only by sucking living labour, and lives the more, the more labour it sucks.”

Both Marx and Engels saw industrialisation as a necessary evil. Industrialisation was certainly brutal, no more so than for those employed in factories to whom health and safety was only necessary to keep the machines that fuelled capitalist exploitation going. It was also brutal for those who possessed labour power but had no way to use it – the unemployed, and, for those too old or infirm to be of any use to capital. But, industrialisation could not help but bring workers together in ways that put them in conflict with those doing the exploiting.

Still a World to win

But what then of the revolutionary potential of the proletariat? Surely, if so many workers are employed in non-productive roles they must be of lesser importance than Marx envisaged. If, and nobody seems to suggest this is not the case, the ultimate goal of society is the creation of more and more wealth, then that means that somewhere surplus value is being exploited. We know as an empirical fact that the wealthiest continue to get wealthier. They can only do that by extracting surplus value. Value is created by the mixing of Labour power with raw materials. Marx very succinctly explained that the way to maintain a competitive edge was by making factories more productive. This is done by reducing the cost of labour by paying less or innovating with more efficient methods of production. So, fewer workers produce more by using better and better machinery.

That being the case, the working class, in the sense of the proletariat, become more, not less powerful. But, and this is the point, so long as there is commodity production, and as long as surplus value is being extracted, the working class continues to exist. This working class is not defined by how it votes or what it thinks about immigration, but by its relationship to the means of production. Of course, service workers can take strike action, but when they do they rarely strike at the heart of the system. Industrial workers, when they strike, whether they realise it or not, threaten the existence of capitalism itself. That is the reason why “the working class” still retains the ability to break the chains of capitalist production. It is why they still have the ability to win the World. And, it is why socialists reject the revisionist views of class so beloved of pseudo-intellectuals who cannot accept their own role as less important than those they look down on as the great unwashed.

One thought on “Whatever happened to the working class?”