What Christmas Means To Me 1 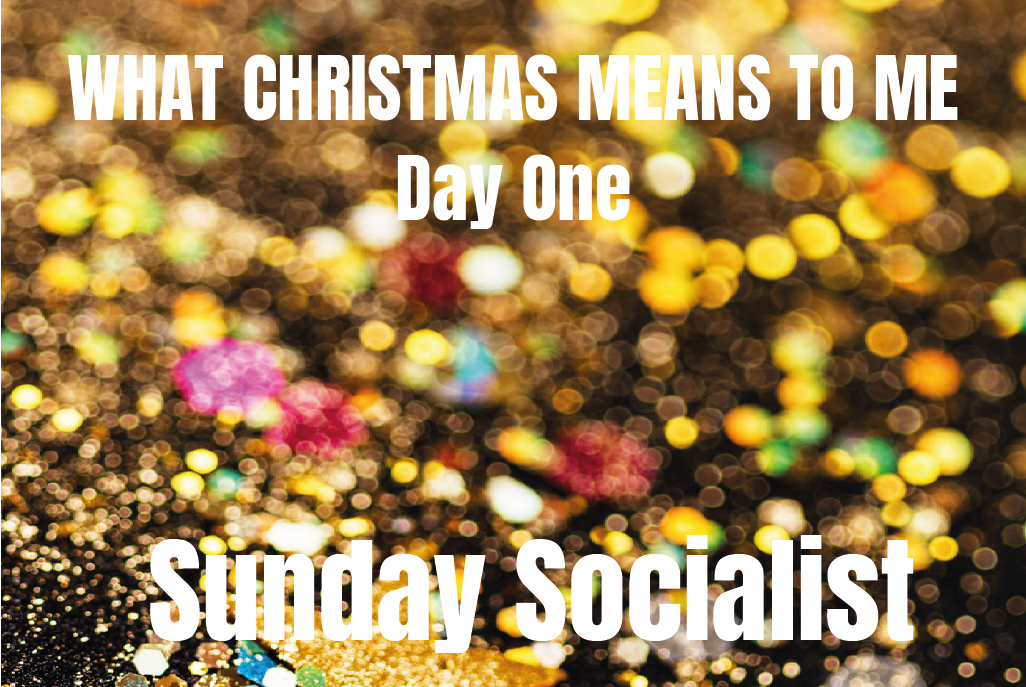 I was speaking to someone recently who said that the meaning of Christmas was moulded largely by childhood experiences. I wonder how far this is true.

When I was a child, Christmases were quiet, restrained, but loving and cheerful. Preparations were started only a few days beforehand. We made paper chains and decorated our tree with bell-shaped lights and painted fir cones. Our food was always home-made, and at Christmas there were some extras, parsnips, sprouts and bread sauce.

We went on walks with our dog, whatever the weather, and almost everyone we passed was smiling and friendly and wishing us a good day. Then we were allowed to open presents in the afternoon. We had one or two presents each and a stocking with satsumas, nuts, chocolate coins, a small toy and perhaps one other item, a little diary or notebook. Uncles and aunts might send a gift or some money, and one aunt sent a box of home-made sweets every year. We played games such as snakes and ladders, ludo, dominoes, monopoly and cards.

We were always told to be thankful for what we had, and I remember looking around, rather puzzled, not knowing who to thank, as this was never explained. But we were reminded that we were fortunate to have a roof over our heads, enough to eat, clothes to wear. I will always remember those days as special and caring, filled with warmth and contentment. I wonder whether I have romanticised them?

Over the years many things have changed, though the precious memory of past Christmases has remained. But it has meant that the lavishness and over-indulgence of Christmas today can seem overwhelming. We seem now to associate a happy Christmas with increasing consumption, which only serves to emphasise the stark contrast between those who are affluent, or certainly have enough, and those who have nothing and continue to struggle.

At Christmas, the waste is shocking. Five million Christmas puddings, two million turkeys, and 74 million mince pies are thrown away when they are still edible.

Christmas has become a time when we are inundated with advertisements and noise. Sometimes I have the urge to be quiet during the short days, the Winter Solstice, with its dark mornings and evenings when our hemisphere is tilted far away from the Sun, and to conserve my energy. It can be difficult to be contemplative amid the glare of a modern Christmas.

This year, one of the people I loved most in the world is no longer with us, so it feels a very bleak time.

We are often told that this is the season of peace and goodwill. Despite evidence of much kindness, sometimes goodwill seems thin on the ground, and there are many examples of cruel and abusive treatment of minorities the world over. There are numerous armed conflicts, some given prominence in the media and some forgotten. Perhaps, if we try to look for some meaning in Christmas, we should aim to be more resolved than ever to do what we can, however small it seems, to work towards a world where peace and goodwill will one day prevail.