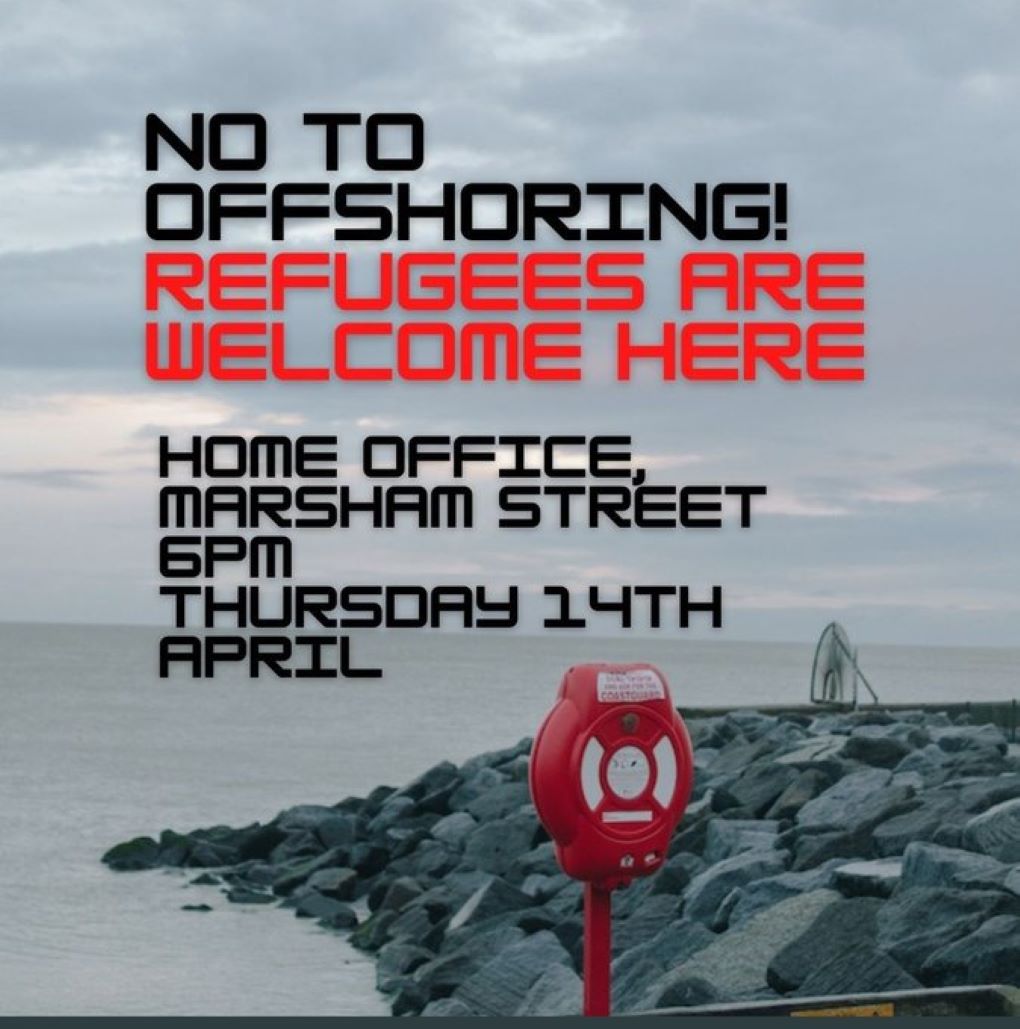 The government’s agreement with Rwanda to “process” refugees in camps set up 4000 miles away is a crime against humanity and a breach of international law. Please join the protest at the Home Office tonight if you can.

The resistance from the Ukrainian people, under their leader Volodymyr Zelenskyy, exposed the weakness of the Russian invasion plan. Now, instead of outright conquest, it looks as if Putin is looking to establish a land bridge between Crimea and the mainland and strengthen the separatist states in the Donbas.

Whatever happens the toll on civilians will continue. At Critical Mass we will continue to argue for a ceasefire and a negotiated settlement, along with a much greater effort from our government to accommodate the many thousands of Ukrainian Refugees who wish to come to Britain.

Speculators and profiteers have taken advantage of the war to drive up the price of food and energy and put the blame on the war. But the cost of living crisis preceded the war. It is not inevitable. It is the result of political decisions taken by the government. Critical Mass has teamed up with Disabled People Against Cuts (DPAC) to support the Big Power Off in protest at rising fuel costs. We hope you can all support the next Big Power Off on Saturday. See below for details.

Left Alternatives and the Local Elections

The Tories have their own problems over Partygate. Sunak, already struggling after his lacklustre Spring statement and revelations about his wife’s tax avoidance, has joined Johnson in the frame. This has raised the question of a political alternative. Starmer’s Labour Party continues to move rightwards. With the local council elections approaching this month, we look at some of the left alternatives to Labour and whether there is still any reason to vote Labour.

As always, your views on this and all the issues we cover this month are always welcome. You can comment directly at the end of each article or send your views to creatingsocialism@mail.uk