We still haven’t made poverty history 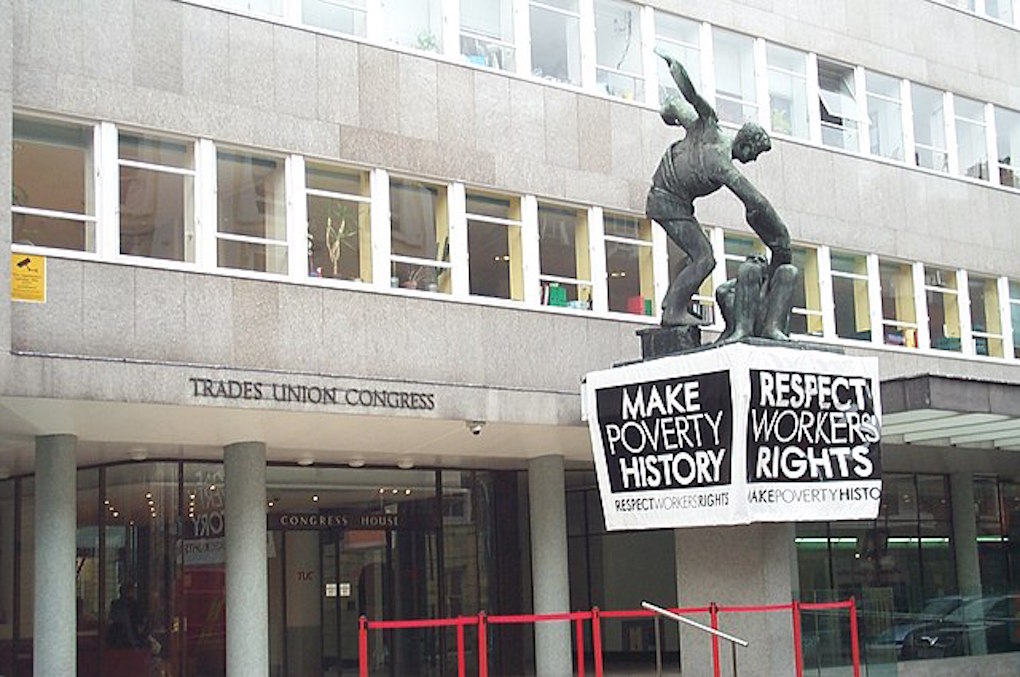 This photo was taken in July 2005 during the action to highlight poverty throughout the world. Almost 17 years later and it's only got worse for those in the UK. Make Poverty History Trades Union Congress 200507.jpg CC Attribution-Share Alike 3.0

WHILE most of us are focused on the Russia Ukraine war and the plight of refugees the world over, many are also increasingly worried about the cost of living crisis.

We wrote about this when energy price rises were first announced, but, as people are receiving notifications of their new direct debits for electricity and gas, it has really hit home. Many are now wondering not just if they should heat or eat but should they pay their mortgage or pay their energy bills. Many have seen their bills increase from a little over £100 per month (still too much) to more than £500 per month. It is crazy.

Yet it is not just energy prices. Millions already live in extreme poverty, and those on lowest incomes have of course been hit hardest by increases in the price of essential everyday foods. We saw when anti-poverty campaignerJack Monroe brought to our attention the price increases in Asda just how quickly and easily they were able to reduce those prices when adverse publicity was given to them. So forgive me for being sceptical that food prices have needed to increase.

For disabled people it is even worse, yet it is they who should be receiving more help. Already they are more than twice as likely to have a cold house and are three times as likely to not have been able to afford food, according to research from disability equality charity Scope. Quite apart from the daily difficulties disabled people have with rising costs due to either special diets, lack of transport and just not being able to afford proper heating and food, 43% say they need to use more energy to meet their needs, be it powering vital medical equipment, keeping their temperature stable or continually having to run household appliances.

Helpful advice? Not so much

I have read such helpful advice as to cut back on holidays abroad, not buy new clothes more than three times a year, only go out socially once a month, use cheaper forms of travel and to cancel streaming subscriptions such as Netflix. And I was infuriated. Many of us have not had holidays abroad or even at home – for years. Equally, we have not gone out socially for years, although some might be able to every few months or so. And why shouldn’t they? It does your mental health no good at all to stay isolated in your home constantly worried about spending anything. Buy new clothes three times a year? Some can’t even afford to buy second hand clothes once a year! Cheaper forms of travel? Lower the cost of public transport then – and while you’re at it, make it more reliable and easy to access. Streaming subscriptions? Seriously? A lot of us have no television and no internet at home so can’t quite see how that one will help. Although those who do rely on entertainment to briefly take their minds off their miserable lives shouldn’t have to give that up.

What are other countries doing?

How are other countries handling the crisis? Some barely better than the UK.

Greece: the government announced a 2% increase in the minimum wage and will cut property tax rates by a further 13% to help households struggling with rising inflation and higher energy costs.

Germany: the government plans to scrap a surcharge on electricity bills used to support renewable power which would see a cut to the green surcharge that appears on home energy bills from 6.5 cents per kilowatt-hour to 3.7 cents. It is also putting €130 million in subsidies in place for lower income households. Eligible households of one person would receive €135, a two person household would receive €175 and there would be €35 per additional person after that. (Though Germany does have some of the highest energy prices in Europe so this is unlikely to be enough.)

Spain: the government cut several taxes to try to reduce consumer bills, originally planning to maintain the lower rates until the end of the year, before deciding in December to keep them lower until May 2022. It also aims to raise €2.6 billion through a tax on the increased profits energy companies are set to see. (Electricity prices in Spain had already quadrupled over the last year, and the war in Ukraine has seen them rise even higher, so not much help there.)

France: this is the country many are pointing to as an example of what can be done. The state energy giant EDF was forced to take an €8.4 billion hit and limit energy bill hikes to 4% this year to help households with rising energy costs. In addition, 5.8 million lower-income households received a €100 energy cheque in January to help them with their bills.

Italy: the Italian government has spent more than €8 billion since last July to curb hikes in retail energy bills. This has included tax cuts on gas and reducing charges used to help finance renewable energy. There have also been grants for low income households.

So the UK is not alone in facing these worries but that knowledge doesn’t help us, does it? When you are rummaging around to see if you have enough vegetables to make a meal for your family, knowing your neighbour is doing the same does not make you feel better.

Renewable energy sources could of course be the answer, and should be the solution governments are looking to, but we are still faced with the initial outlay and instead of just paying for what we use, the current strategy is that we are repaid for what we don’t use, which hardly seems fair.

If governments were taking the climate crisis seriously, they would have already made it easier and cheaper for homes to have access to renewable energy sources. But, as always, it’s profits for the already wealthy rather than helping the destitute or near-destitute. A quick fix to help those in poverty would be for the government to introduce better benefits for all those in need. We know they have the money as we’ve seen how they’ve squandered it over the last decade, and more so since the pandemic started.

But who would that profit?