Warmongers of the world unite 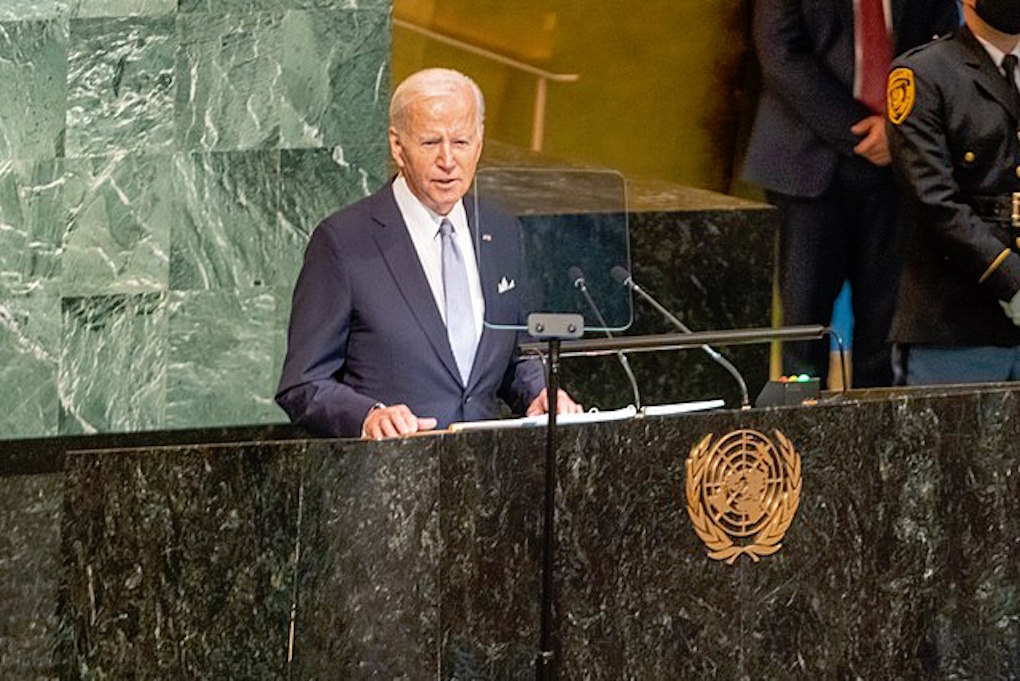 IN HIS speech to the United Nations General Assembly yesterday, US president Joe Biden stated that Russia has “shamelessly violated the core tenets” of [the UN] charter with a “brutal, needless war in Ukraine”.

When he said “The world should see these outrageous acts for what they are. Putin claims he had to act because Russia was threatened, but no one threatened Russia and no one other than Russia sought conflict”, one might have been forgiven for thinking of the million Iraqis turning over in their graves.

It is not only the hypocrisy of the US government and its allies – Germany and France also condemned Putin’s “imperialism”, while Qatar, Senegal and Turkey called for immediate peace talks – but also reckless statements such as this when Putin has been quite clear he will take no orders from the West. Biden’s speech followed that of German Chancellor Olaf Scholz on Tuesday, when he said there was no justification for Putin’s decision to invade Ukraine. “This is imperialism, plain and simple”, which, again, is a little rich when the invasion of so many countries by the West incurred no such condemnation.

The Russian president’s much anticipated television address yesterday was a clear response to these statements and a reminder to world leaders of Russia’s nuclear capabilities.

“Washington, London and Brussels are directly pushing Kyiv to move military action to our country. They are openly saying that Russia should be defeated on the battlefield by any means,” said Putin.

“Nuclear blackmail has also been used. We are talking not only about the shelling of the Zaporizhzhia nuclear plant… but also about statements from senior representatives of NATO countries about the possibility and permissibility of using weapons of mass destruction against Russia, nuclear weapons.

“I would like to remind those who make such statements about Russia that our country also possesses various means of destruction, and in some cases, they are more modern than those of NATO countries. When the territorial integrity of our country is threatened, we, of course, will use all the means at our disposal to protect Russia and our people.

The Russian president added: “This is not a bluff.”

This came after he informed the country of his government’s plans for ‘partial mobilisation’ of the citizens currently in the reserves, which, according to Russian defence minister Sergei Shoigu, means about 300,000 reservists will be called up. The mobilisation is being carried out to control “already liberated territories” he said, meaning the Russian-controlled regions in eastern and southern Ukraine.

What has happened to diplomacy and lessons learned from the Cold War? Those who remember the heightened tensions in the eighties will not be keen to relive those times.