Utopian socialism: then and now 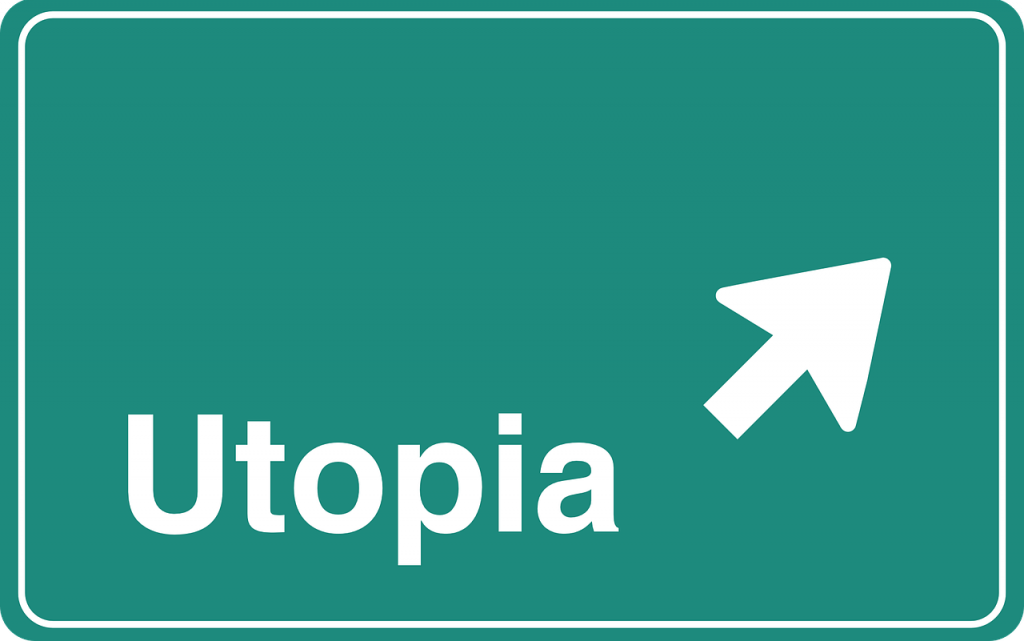 Socialism should be the most obvious of solutions to the problems we face. Surely no rational person could possibly believe that it is right for people to live in poverty whilst others live in opulence? Surely it cannot be right that people’s chances in life are determined not by their own efforts but by their parents’ ability to open doors for them? Surely it must be obvious that if only society was arranged more equitably then everybody would be happier?

These questions have formed the basis of socialist thought since the first use of the word. People who can see very clearly what is wrong with society find it hard to believe that, if only they pointed this out to others, they would not agree. There is no need for agitation or revolution because all it needs is for people to have their blinkers removed and socialism will be within our grasp.

Frustrated at their inability to convince others of the rightness of their cause, some socialists have taken to building model societies based on communal practices instead of trying to change society. The reasoning is that, once others see for themselves how successful the socialist enterprises are, they will be willing to build more and more of these enterprises until the socialist form of organisation predominates.

These arguments are not new. In 1882 Frederick Engels wrote a short pamphlet aimed at the utopian scientists of his time: Saint-Simon, Fourier and Robert Owen. In it he characterised their approach: “If pure reason and justice have not, hitherto, ruled the world, this has been the case only because men have not rightly understood them. What was wanted was the individual man of genius, who has now arisen and who understands the truth.” His point is that, for the Utopians, it is not the liberation of the working class that is the goal of socialism, but the liberation of the whole of humanity. Socialism, rather than being a stage in human development, becomes a universal ideal which reason will bring us to. And that reason is invariably brought to us by an individual who has seen through the system and worked out how to fix it for the rest of us.

This view has dogged the socialist movement, giving birth along the way to a reformist creed which places reason within a framework that can overthrow capitalism at the same time as maintaining it. For a utopian socialist the emphasis is on the wrongs of the world, but, devoid of a strategy to overcome these wrongs, they instead create grand plans to move society forward. As Engels notes, “It was necessary, then, to discover a new and more perfect system of social order and to impose this upon society from without by propaganda, and, wherever it was possible, by the example of model experiments. These new social systems were foredoomed as Utopian; the more completely they were worked out in detail, the more they could not avoid drifting off into pure phantasies.”

Today we see this same tendency in those who claim that all workers should be organised into cooperatives, that the economy should be based on creating more money, or that the ills of society can be changed by an alteration in the voting system. Those who support these plans are as sincere now as Saint-Simon or Charles Fourier were sincere in their day. Perhaps the biggest difference is that, whereas the original Utopians wanted to supplant capitalism, today’s Utopians often have little to say at all about capitalism beyond seeing the damage that it does. Today’s Utopians understand that capitalism does immense damage but offer as their solution only refined capitalism, a capitalism that is fair, just, equal and rational. As if unfairness, injustice, inequality and irrationality are not at the very heart of the capitalist system.

Academic writer Hugo Radice makes the following point about the challenge facing modern socialists. For him it is a question of emphasis and he argues that our socialism should be “founded upon a positive case for equality, rather than upon the critique of (extreme) inequality”. In a sense this sums up neatly a central dilemma for modern utopian socialists. It is all about the presentation.

How many times have you heard the line “we need better slogans” or “don’t mention the word socialism because it puts people off” or, and this is Radice’s claim that we over-emphasise the negatives instead of presenting socialism as a positive alternative? Does anyone seriously believe that the great sweeps of history – the fall of the Roman Empire, the end of feudalism and the the transition to capitalism – were the result of reasoned argument or clever sloganeering? But do arguments have no role to play?

Any socialist is more than aware of the importance of arguments and of winning people to the side of socialism. Utopian socialists differ from revolutionary socialists in that they believe that arguments play a crucial role in changing society, rather than the clash of classes over material forces. Marx put this rather well in his Contribution to the Critique of Hegel’s Philosophy of Law in 1844: “The weapon of criticism cannot, of course, replace criticism by weapons, material force must be overthrown by material force; but theory also becomes a material force as soon as it has gripped the masses.” But, as with many passages of early Marx, the meaning does not necessarily jump out at you.

Marx was well aware of the utopian socialists of his day. And he was also aware that they felt that change in society could be achieved by rational argument. The historical analysis which Marx had conducted convinced him otherwise. Put simply, and you do not need to be either a Marxist or a revolutionary to see this, those with enormous wealth and power are not going to hand them over willingly. The point of the quote is that ideas in the hands of the masses can be a valuable spur to revolutionary action but that material force may be necessary to counter the force that the capitalist class will use to defend itself. Reason alone is unlikely to bring the change utopians desire. It was the failure to understand that a structural change in society is likely to involve a real struggle that Marx, otherwise a supporter of the Owenites, felt let them down because “although the originators of these systems were, in many respects, revolutionary, their disciples have, in every case, formed mere reactionary sects.” (Quoted by David McLellan, The Thought of Karl Marx, p 50)

It should be pointed out here that the respect that Marx and Engels had for Owen and the Owenites was based on a very real appreciation of the leadership role that they had assumed among the English working class. Much of their agitation had been for a Reform Act which would put labour on an equal footing with their employers. Every reform was fought tooth and nail by employers determined that they would neither pay higher wages nor concede the vote to the ‘great unwashed’. As the historian E P Thompson notes in his classic work “The Making Of The English Working Class, “Disappointment, after the Reform Act of 1832, caused the bulk of the labour movement to look towards their Owenites, co-operators, primitive revolutionary syndicalists, etc for leadership, but their failure to develop an effective political strategy and leadership, and systematic offensive by employers and government, destroyed the movement in 1834-6.” (p152)

The road to socialism

This example shows that, whilst the ideas of Utopians can grip the masses, their belief in reason to carry their demands forward leaves them vulnerable to repression by the capitalist class and their representatives. It is important to note that utopian ideas are not necessarily unpopular precisely because they are based on reasonable demands. However, as Engels points out: “To all these, Socialism is the expression of absolute truth, reason and justice, and has only to be discovered to conquer all the world by virtue of its own power. And as an absolute truth is independent of time, space, and of the historical development of man, it is a mere accident when and where it is discovered.” Utopian socialism, for all its power to excite a certain loyalty among its followers, is ahistorical.

The road to socialism

Having good ideas, being moral, applying reason – none of these are in and of themselves bad things. But, if they are supposed to be the road to socialism, they lack one thing that a Marxist understanding at least offers. If society needs to be transformed, who is to do the transforming and under what conditions? Utopian socialists argue that they will transform society by their power of reason. Revolutionary socialists, by contrast, argue that revolution is independent of the thought processes of individuals and is rather a consequence of material circumstances which bring the great classes into conflict with one another and in which a victory for the oppressed class is the only way to liberation for all of us.

This should not be meant to say that utopian socialists do nothing but dream. As is clear from the case of Robert Owen and his followers, they put plenty of effort into making their dreams a reality. But ultimately they lack a coherent strategy to transcend capitalism, so all their activity amounts to little more than philosophy. And, as Marx famously noted, “The philosophers only interpret the world, the point however is to change it.”