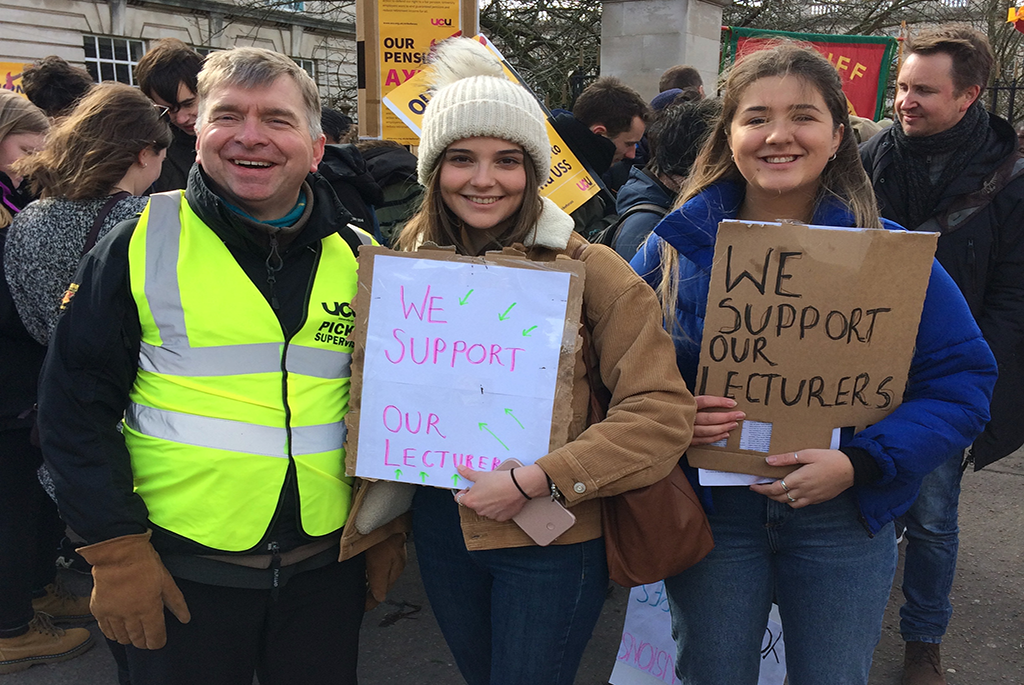 UCU have rejected a pay offer of 3% which does not even come close to inflation. Instead, they want a rise to cover inflation plus 2% and an end to zero hours contracts. The size of the vote reflects members’ anger after years of below inflation pay rises and the growth in fixed term contracts and zero hours contracts in a sector where job security used to be a guarantee of academic freedom.  And the pensions issue which had seemed resolved three years ago keeps coming back. After a series of strikes this year the University Superannuation Scheme ‘discovered’ that its assets had in fact recovered to pre-pandemic levels but has failed to restore the 35% cut it had imposed.

Of course, senior management continue to enrich themselves with an average salary for the university bosses, the vice-chancellors, in excess of £250,000 per annum with some topping £500,000. Then there are the additional perks like guaranteed pensions and, in some of the wealthier universities, free accommodation and servants.

The 24 elite universities in the Russell Group are less than a sixth of the 150 universities but account for half of the total wealth in the university sector. Last year the Russell Group’s combined assets and income were valued at £31 billion. Their wealth gives them immense power in negotiations. But, since 2014 when the dispute over pensions began, the elite universities have tended to side with the Universities Superannuation Scheme (USS) demanding lecturers contribute more and institutions less. Much of the debate has centred on valuations of the scheme alleging that it was heading into deficit.

In September the University of Cambridge confirmed that USS benefits could be restored at no extra cost. The university’s actuary advisors, who performed the analysis, also confirmed that restoring benefits would leave the scheme still in surplus. UCU General Secretary Jo Grady said at the time: ”we cannot simply rely on vice chancellors doing what is right, we must also show them our power.” The ballot result shows them precisely that.

The wealth of the higher education institutions has grown alongside the growth in student debt. Since free tuition was abolished in 1998 and replaced by student loans, fees have risen much faster than pay and the total debt has grown to £182 billion.