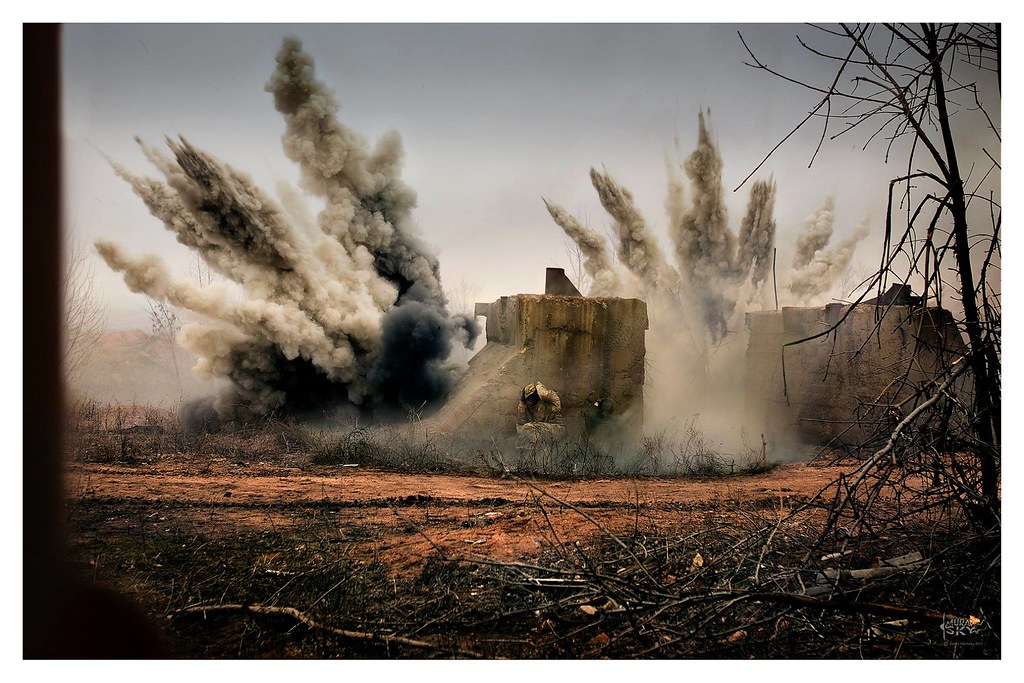 WHILE US news reports are going with the narrative that Russia will be unable to sustain the current level of combat, Ukraine is reporting continued bombardment of its cities.

The mayor of Mariupol said just hours ago that Ukraine’s key southeastern port city is under constant shelling which has killed civilians and damaged infrastructure. “We have had residential quarters shelled for five days. They are pounding us with artillery, they are shelling us with GRADS, they are hitting us with air forces,” Vadym Boichenko said in a live broadcast on Ukrainian TV.

“We have civilian infrastructure damaged – schools, houses. There are many injured. There are women, children killed.”

The head of the regional administration in Kharkiv, Oleg Synegubov, said Russian missile attacks have hit the centre of Ukraine’s second-largest city, including residential areas and the city administration building.

Synegubov said Russia had launched GRAD and cruise missiles on the eastern city and accused Moscow of being guilty of war crimes. He did add, however, that the city’s defences were holding despite the bombardment.

Ukraine’s State Emergency Service said at least six people were injured, including a child, in the attack.

The blast destroyed a government building, according to videos of the incident posted by the Ukrainian Ministry of Foreign Affairs (MOFA) and Ukrainian government officials. The clips were posted on social media early today and were verified by American media outlet CNN.

The Kyiv Independent, a Ukrainian news outlet, is reporting air raid sirens in Kyiv, Kharkiv and other cities, including Vinnytsia, Uman and Cherkasy. It also reported a hospital administrator as saying that Russian shelling has hit a maternity hospital in the village of Buzova near Kyiv. “All people were evacuated from the building,” it said.

The southern Ukrainian city of Kherson, with a population of about 280,000, is said to be surrounded by Russian troops according to a journalist and a local official.

“The city is actually surrounded, there are a lot of Russian soldiers and military equipment on all sides, they set up checkpoints at the exits,” journalist Alyona Panina told the Ukraine 24 TV channel.

The city’s Mayor Igor Kolykhaiev verified this on social media when saying: “Russia army is setting up checkpoints at the entrances of Kherson”.

Meanwhile, however, Seth Jones, vice president of the Center for Strategic and International Studies, was reported by CNN as saying earlier today “The Russian army is overextended and in a precarious position if Ukraine becomes a protracted war.

“Assuming 150,000 Russian soldiers in Ukraine and a population of 44 million, that is a force ratio of 3.4 soldiers per 1,000 people. You can’t hold territory with those numbers.”

“High numbers of troops and police are critical to establish basic law and order,” Jones said.

“In fact, the number of Russian soldiers in Ukraine aren’t even enough to hold any major cities for long.”

And he said that if Russian occupiers were to face a guerrilla war in the event the Ukrainian government falls, the odds won’t be in Russia’s favour.

“They will be in serious danger of being picked apart by Ukrainian insurgents.”

I fear this narrative is overly optimistic given the size of the Russian army – approximately 900,000 active or ready to deploy personnel, and another half million they could call upon on short notice.

While the talks ended yesterday with no peaceful resolution we must still hope that diplomacy wins out.

(Note: featured photo is not a contemporary photo)