Ukraine: war is the crime 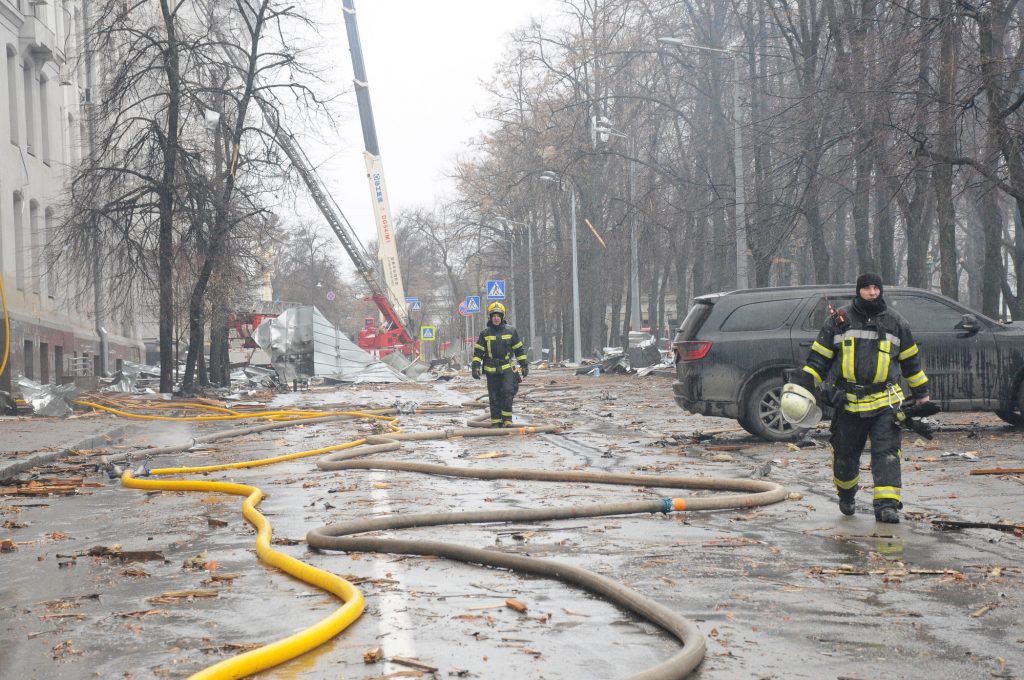 In a speech to the United Nations Security Council, Ukraine’s President Zelensky, with the full backing of Joe Biden, has described Russia of committing the “most heinous war crimes of all time since the Second World War.”

During the speech on Tuesday, Zelensky claimed that civilians “were shot in the back of the head”, “crushed by tanks”, “limbs were cut off”, “tongues were torn out” and women “were raped and killed in front of their children”. Inevitably, the Russians have denied this was the case.

There is certainly photographic evidence of civilians lying dead in the street. Whether the evidence points to “thousands …killed and tortured…”, as Zelensky claimed on his visit to Bucha on Monday, just prior to his UN Security Council speech, is difficult to judge. Pictures of dead bodies in a war zone are hardly rare.

What we have are claims of 280 people buried in a mass grave and satellite imagery from Maxar, a company which “provides 90% of the foundational geospatial intelligence used by the US Government for national security and keeping troops safe on the ground.” This is by no means to suggest that the images provided by Maxar cannot be trusted, but a company heavily reliant upon American military support might not want to bite the hand that feeds it. Besides, the images really don’t add much by way of detail to the claims made by the Ukrainians.

If there are atrocities being committed by either side in this conflict, they should be condemned. Of course, Zelensky has very little to say about the video, which appears to have been independently verified, of Ukrainian soldiers shooting and torturing Russian prisoners of war. For that matter, Biden has been fairly quiet on this too. Zelensky, whilst criticising the UN for failing to come to Ukraine’s aid, seems to have forgotten that the UN has condemned Israel over its illegal occupation of the West Bank. His memory lapse extends to the 2020 decision by Ukraine to withdraw from the “anti-Israel” Committee on the Exercise of the Inalienable Rights of the Palestinian People.

In fact Biden, whilst falling short of Zelensky’s demand for NATO to establish a no fly zone, has continued to up the anti-Russian rhetoric, demanding that Russia should be held to account at a “war crimes trial”.

Some may argue that America is the last country that should be pointing the war crimes finger. From My Lai in Vietnam, where American troops massacred civilians, through the CIA’s covert support for a government backed mass murder of leftists in Argentina in the 1970s, through US funding for the Contras in Nicaragua, who murdered, raped and tortured, aided and abetted by  American ‘advisors’, through to the scenes of prisoner torture in Abu Ghraib in Iraq where American troops (perhaps not the brightest sparks in the toolbox) photographed themselves conducting physical and sexual abuse, including rape and sodomy, America has hardly been the upholder of moral standards giving it any authority to lecture the rest of the world on human rights.

But, whilst bashing America is tempting, the real crime here is that in 2022 we still think going to war is the answer to any situation where two countries do not agree. For as long as we continue to support war, there will be atrocities: rape, murder, indiscriminate killing, child deaths, torture. These are not aberrations, but the inevitable consequence of sending predominantly young men into a highly charged, emotional and stress-creating environment, armed to the teeth and believing that those they are fighting are somehow less human than they are.

The only way to avoid atrocities, or so called war crimes, is to avoid war itself. It is interesting that, whilst Zelensky calls for peace, as, incidentally, do the Russians, the clamour for further intervention continues with very few attempts, it seems, at a genuine diplomatic solution. America, Britain and the European Union all seem more interested in defeating Putin and/or Russia than in securing peace in Ukraine.

Whatever crimes are being committed by troops, the biggest crime is sending young men and women to their deaths for what will, in the end, no doubt, be a largely unresolved conflict. There will be protests throughout the UK this weekend, and Critical Mass would urge everybody to continue to press for a peaceful resolution, rather than the slow drift into war which is being promoted by the media currently.

2 thought on “Ukraine: war is the crime”