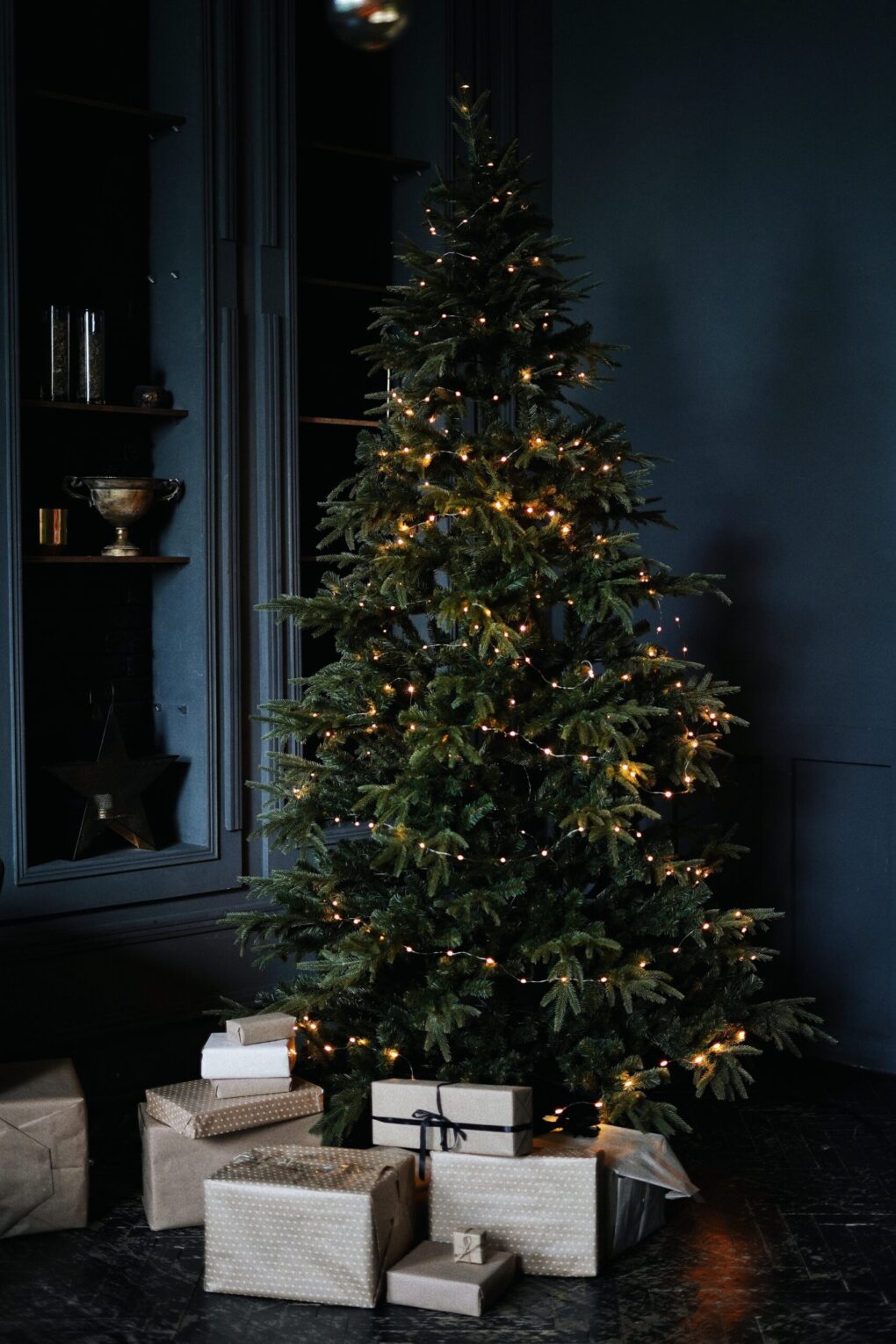 Photo by Olena Sergienko on Unsplash

At the beginning of December I asked all the Critical Mass writers to think about the 12 days of Christmas and to compile a list of things that people could do, be it reading, listening, playing or thinking. Some did. Most ignored me but, to be honest, I’m used to that.

But first after extensive research, okay I googled it, I thought I’d share the origins of the ubiquitous ‘On the first day of Christmas’ song of which most of us know only the first line or two.

The idea of 12 days is based in Christian mythology. The first day represents the birth of Jesus, and the twelfth the visit by the ‘Magi’, the three wise men. The first is the 25th December and the 12th day is the 6th of January. The song 12 Days of Christmas has its origins in France in the sixth century, although the first printed version was in English in a children’s book called Mirth without Mischief around 1780. In this special Christmas edition of Critical Mass Fiat Knox has reworked the words into a satirical drubbing of Boris Johnson. Meanwhile Sixty Second Scribe gave us 12 cover versions which have nothing whatsoever to do with Christmas, and Mike Stanton told us 12 bands that had played in Barrow upon Furness, information every socialist should know I’m sure you will agree.

But most of those who responded did so literally and just provided a list. Now I quite like lists and if you do you might look at these and think why that and not this? The thing about lists is that they invite disagreement and amendment so please feel free to do what many of our writers failed to do and give me your list of 12 things for Christmas. I’d love to see them.

So, first up is Susie Granic who, never one to do things by halves, provided not one but two lists. First is Susie’s twelve books for Christmas, which she chose as making good gifts rather than them carrying any Christmas message:

Marge Piercy – Woman on the Edge of Time

Second are her twelve tracks for Christmas. Again, not Christmassy at all, but songs she grew up with, for the most part, and which she still loves:

Next up is Mike Coulson who sent a YouTube playlist entitled ‘12 videos for Christmas’ which contains 21 tracks. Worth a listen though to get you in the mood.

Harvey John took time away from his X-Box just long enough to compile 12 games you might want to play over Christmas. Here they are:

The Witcher 3 The Wild Hunt

And, if games aren’t your thing, Red Terror has 12 books for you:

A Christmas Carol by Charles Dickens

The Moonstone by Wilkie Collins

Pillars of the Earth by Ken Follett

Memoirs of a Geisha by Arthur Golden

The Shardlake series by CJ Sansom

The Road by Cormack McCarthy

Pride and Prejudice by Jane Austen

Of course, Christmas is also a time for reflection and our Critical Mass lists should reflect that. And, after a short conversation about lists Luke Andreski offered twelve ethical principles:

1. Nurture those around you and seek their fulfilment.

2. Within your capacity and the opportunities given you, seek the fulfilment of all humans everywhere.

3. Within your capacity and the opportunities given you, nurture the biological world and protect it from harm.

4. Do not cause humans or other lifeforms to suffer.

5. Do not seek power – seek only your fulfilment and the flourishing of others.

6. Do not seek wealth – seek only your fulfilment and the flourishing of others.

7. Do not idolise individuals – idolise only their good actions.

8. Do not idolise possessions – possessions must serve humanity and the thriving of all life.

9. Do not idolise artefacts: organisations, traditions, constitutions or nations. These artefacts must serve humans and humanity, not the reverse.

10. Nurture, exercise and make use of your body – it is life made manifest.

11. Nurture, exercise and make use of your brain – it sustains your identity and the flourishing of your mind.

12. Do not wait to do good until others do good also. Take the first moral step, the second moral step, and the third.

But, remember, an ethical commitment is not just for Christmas it needs nurturing all year round.

Finally, the force of nature that is Jo Buchanan was equivocal about the whole idea but did it anyway. You probably wouldn’t believe me if I told you how many times Jo and I had these kinds of conversations.

This is very rushed, Dave. I could think more deeply and make more of it I’m sure. I thought I had better do something though in response to your directive.

Karl Ove Knausgaard’s 6 long volumes of ‘My Struggle’ were brilliant for lockdown, long and detailed. Sometimes readers find him infuriating because Knausgaard can go from describing making coffee in some detail to pages and pages about Hitler after he moved to Vienna. He really lays himself bare in these volumes, so human and vulnerable.

I once described Robert MacFarlane as my favourite living writer. His powers of description are amazing, and so are his concern and love for our planet. One of my favourites is his relatively recent gripping book, ‘Underland’. He explains in one section how trees cooperate underground, based on the information he gained from a discussion in Epping Forest, and how they create a kind of socialism, supporting each other.

I also like Horatio Clare and love the variety in his work and his command of language. After I went travelling on cargo ships, I was fascinated by his book ‘Down to the Sea in Ships’. I had seen first hand the racist nature of the cargo business when I travelled. There are very different terms of employment and conditions for exploited Filipino workers compared to those of the French, and Clare reveals a great deal about the skulduggery and unfairness that is endemic.

Caroline Playne was a little known pacifist who lived during the First World War and contemplated with horror the approaching Second World War. I am sad and frustrated that some heroic figures from the past are simply forgotten. Three of her books are ‘The Neurosis of Nations’, ‘The Pre War Mind in Britain’ and ‘Society at War’. It’s hard to find these books nowadays.

One of Julius Nyerere’s books was ‘Essays on Socialism’. The title speaks for itself. Nyerere convinced me!

‘The Paper Dolls’ by Julia Donaldson is a children’s book which makes me cry every single time I read it.

I loved the historical detail in ‘Citizen Clem’ by John Bew, another good lockdown read.

I do like detective stories and particularly enjoy PD James partly because of the quality of her prose. All her books are good reads, ‘Death in Holy Orders’ being one. I rather think she was a Tory though.

With a nod to Christmas, there was a sweet book I read years ago called ‘A Redbird Christmas’ by Fannie Flagg. It is the easiest escapist feel-good reading ever.

I’ve only ever watched one boxed set over a short space of time, and that was ‘The West Wing ‘. I’ve no idea if that is still as watchable after all this time has passed, but I was fixated then.

When it comes to music, it’s easy to be seduced by some of the jollity at Christmas. I am more drawn to songs which have a message I feel is is of relevance and I include three examples.

Phil Ochs, ‘No Christmas in Kentucky’.

Lennon, ‘And So This is Christmas’.

I can’t be doing with all this cheerful jingling music, although I can see that some of it is quite festive and fun.”

And, that is what happens when you ask a bunch of socialists to think about Christmas! But I suppose as I’m writing this I should get the last word. So, I’m not sure if I can stretch this to twelve but here’s some reasons to be hopeful: