Truth Is A Weapon 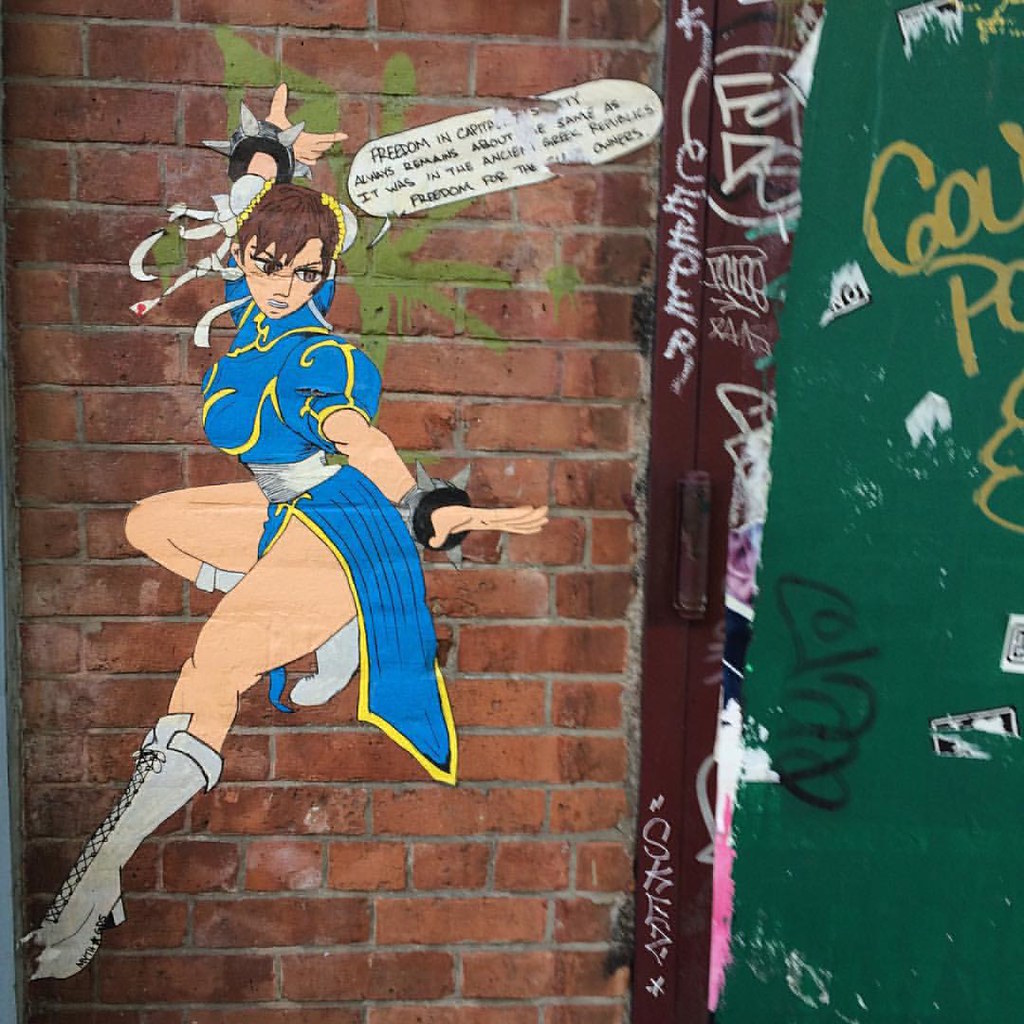 👉  The establishment doesn’t give a damn about you.

👉  You deserve to be listened to.

👉  You want safety and security for your children.

👉  You want to feel part of something special.

👉  You want to be treated as an equal.

👉  You want a say in the things which affect your life.

Some people call these ‘stun grenades’ or ‘flash-bang’ munitions.

They shock and disorientate you and leave you gasping for air.

In the right time and the right place they explode through your consciousness and expose – in a burst of light – something you were already primed to recognise as true.

They’re epiphany ordnance – an essential weapon in our battle against the 21st Century pandemic of lies.

There are other equally fundamental truths which more and more of us are at last alert enough to recognise:

👉  Our economy doesn’t work for the poor.

👉  In a world of incredible productivity and wealth, most of us aren’t really very happy.

These are difficult truths to hide from. Deny them and they’ll eventually explode in your face.

But there’s a problem.

These epiphanies contain such blinding revelations that it’s easy to hide lies and propaganda behind the glare.

The manipulative take advantage of this – creating the oddity that truth grenades like these are often used by liars.

We see this in modern politics in almost every nation on Earth: truth used as a cover for the 21st Century pandemic of lies.

Populists, authoritarians and the oligarch-owned media lob a few of these grenades into the fray, then, beneath the smoke and noise, they send out their ground offensive of lies.

They’re all masters at deploying these truths, while simultaneously attacking the rights and freedoms of the very people to whom the truths apply.

If we’re to have any chance of resisting the lies beneath the veneer of truth, we must be willing to grab the truth grenades before they explode. We have to intercept primed and ticking munitions and boomerang them back across enemy lines.

It’s particularly tricky for those who’re unwilling to see these profound insights for the truths they are.

Those who believe in and benefit from the status quo, those in positions of power, those who’re bedecked with honours and well integrated within the establishment, those who’re wealthy and living comfortable lives, the complacent and the ethically lazy – if that’s you, then you’ll find it hard to embrace the truths the populists exploit.

We’ve seen this happen with the rise of populist leaders and governments all across the world.

As far as ordinary folk go, the blindly privileged, the securely propertied and the complacently well-to-do, the ‘centrists’ and ‘moderates’ who describe themselves as ‘the adults in the room’, are part of the problem – because they’re unwilling to accept that a problem really exists, a problem that only radical change can resolve.

If you don’t grab the populists’ truth grenades the moment they land, if you don’t embrace these truths, if you don’t recognise that the pin’s already been pulled, that there’s no hiding from the reality of what’s been exposed – then the explosion will take you by surprise. You won’t even understand what’s happened. You’ll find yourself confused and uncertain. If the worst comes to the worst, you’ll try to bury your head even deeper in the sand.

Look at Hilary Clinton after Trump won the US presidency in 2016, blaming the FBI director James Comey… Russian interference… free airtime for Trump… and even the outgoing president, Barack Obama… rather than the truths that Trump had so cleverly hijacked to make millions of ordinary Americans vote for him:

👉  The establishment doesn’t give a damn about you.

👉  You deserve to be listened to.

Look at privileged politicians, commentators and intellectuals all across the globe when faced with populism.

They appear clueless as the truth grenades explode around them.

You need to grab those grenades.

You need to acknowledge those insights.

You need to make them your own.

But insight and reflexive responses are not enough. Once you’ve boomeranged these truths back to the enemy you need something of substance to support them – an armoury of truths of your own… something to fill the Ground Zero that populists fill with lies. Truths like these:

👉  Everyone deserves fairness – particularly those who’ve been deprived of it until now.

👉  We’re smart enough to help each other. We don’t have to scrabble and fight to be the last fool left alive.

👉  Violence is the last refuge of the incompetent.

👉  If we screw the environment we’re screwed too.

👉  There’s no longer any need for poverty.

👉  Your parents should have taught you how to share…

These statements are like exploding white phosphorous – glaringly obvious and true. In the incandescent light of their explosion they’re impossible to ignore. If we share these truths, if we light up people’s minds, the populist propaganda drifts away like the residues of poison gas, blown from the trenches by the wind.

Truth grenades are cognitive munitions which scatter the enemy’s lines.

They’re an essential part of our weaponry against disinformation and spin – against false narratives which pretend that greed, selfishness and power-hunger are good, that they benefit ordinary people in their struggle to survive.

But truth grenades don’t throw themselves.

We need assault troops of honesty, fusiliers of truth.

We need grenade throwers for our truth grenades.

We have the armaments – but our weapons are worthless if you’re not at our side.

This article can also be found in his free eBook Our society is sick, but here’s the cure, which is out now.