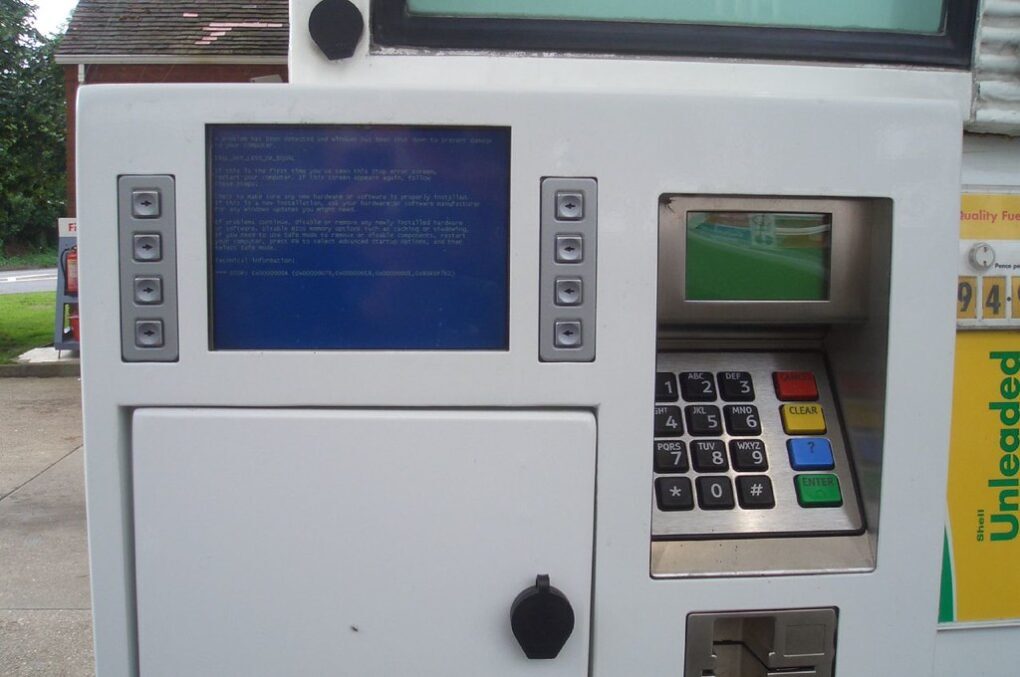 Hapless Government ministers have once again failed to take responsibility for their own inaction. Motorists around the UK have responded to press speculation that there would be fuel shortages by creating the very shortage they are trying to avoid. Meanwhile, Transport Secretary Grant Shapps told Sky News: “The most important thing is, if people carry on as they normally would and fill up their cars as they normally would, then you won’t have queues and you won’t have shortages at the pump either.”

You will recall that back in March 2020, just before the lockdown, there was a wave of panic buying. The Government response then was the same. It’s not us, it’s you. Social media, of course, dutifully responds by condemning those doing the panic buying.

As drivers sit in queues at petrol stations waiting for non-existent fuel, ministers point the finger. The Royal Haulage Association was also in the Government’s firing line for reportedly leaking the details of a government briefing. But, this appears to be no more than the Government trying to deflect attention from their absolute inability to plan ahead. In a tacit admission that Brexit is behind the current wave of shortages, the Government is planning to fast-track visas for 5,000 drivers. As the RHA have pointed out, this will do little to fill the 100,000 shortage caused by the loss of European drivers. At the same time competition rules are being eased allowing the big petrol companies to work together in a virtual monopoly. However, suggestions from those on the left that fuel should be nationalised are still mocked because competition is best. Except, it seems, it is not.

The Government claims there is no shortage of fuel. But the Petrol Retailers Association pointed out, “It is in the wrong place for the motorist”. That is to say it is in terminals and refineries not in the petrol stations that ordinary people use. Brian Madderson, Chair of the PRA, reported that between 50% and 90% of their members were reporting that their forecourts were running dry.

This follows a week in which the national press have done nothing but report on shortages of one sort or another. On Wednesday the Daily Express, normally a reliable ally of the Brexit loving incumbent of Number Ten, reported that there were likely to be severe food shortages “within days”. The normally sober Financial Times warned that a crisis in energy costs was imminent including “a surge in electricity costs.”

On Friday the Daily Mail was predicting a “Winter of Woe”. This, as a result of the increase in fuel bills which will cost the average household an additional £400. In addition, in what is becoming something of an Autumn theme, even Christmas is under threat. It has been widely reported that there will be a shortage of Christmas turkeys due to new importing regulations. The Times meanwhile warned that it could be at least 2 years before bills come down. In effect, this means that bills which are rising at a pace nowhere near matched by wages, benefits or pensions will remain high for ever.

Yesterday, spurred on by the Government, the tabloids were turning on consumers who were responding to all this bad news. The problem is not the Government’s abject inability to plan ahead, or to take decisive action when faced with a crisis, but rather a public who have been terrified by incessant stories in the press about the impending crisis. It is hard to blame the public for reacting when they can rightly see that the Government has no plan beyond pointing the finger at anybody they can think of.

It’s the poor wot gets the blame

In case anybody gets the idea that “we are all in this together”, recent Government announcements suggest otherwise. The removal of the £20 Universal Credit uplift is a widely reported hint of the cuts to come. But this is not the first time that benefits have been cut. Housing benefit, unemployment benefit, disability benefit – the list goes on. And, this Government isn’t the first to steal from the poor, to line the pockets of the rich. The removal of the £20 uplift is the current concern, attracting the attention of campaigners including Marcus Rashford. But, whilst the cut is brutal many people forget that those on ESA never had the uplift in the first place.

A typical Universal Credit recipient will receive around £668 per month once the uplift is removed. It’s a pitiful amount and heating and electric take up a disproportionate amount of that. If you are an MP you receive around £6,680 per month plus a raft of expenses. A person on Employment and Support Allowance will typically receive £568 per month. Not surprisingly some ESA recipients are wondering where is the campaign to get their uplift to a living amount. But claimants turning on one another is manna from Heaven for the Tories that can throw a few crumbs and watch the poor fighting one another over them. It is time the entire benefits system was overhauled but realistically that can only happen with a change of social system. Successive governments – Labour as well as Tory – have shown themselves more than willing to justify attacks on the poorest in society.

Whilst it is tempting to blame panic buyers for the current shortages at the pumps and on our shelves, we have to remind ourselves of the context. Since the end of the 1970s, we have had an onslaught from the Conservative Party, the media and even into the education system reinforcing the view that, far from being part of collectives, of communities, we are all individuals. That what matters is not how the person down the street is doing, but how you are doing. Naked individualism supporting naked consumerism. You are no longer what you are, but what you own. Against such a backdrop what is surprising is not that people act selfishly when prompted to do so but that so many don’t.

3 thought on “Tories blame public for their mess (again)”