Time to stop our electoral infatuation 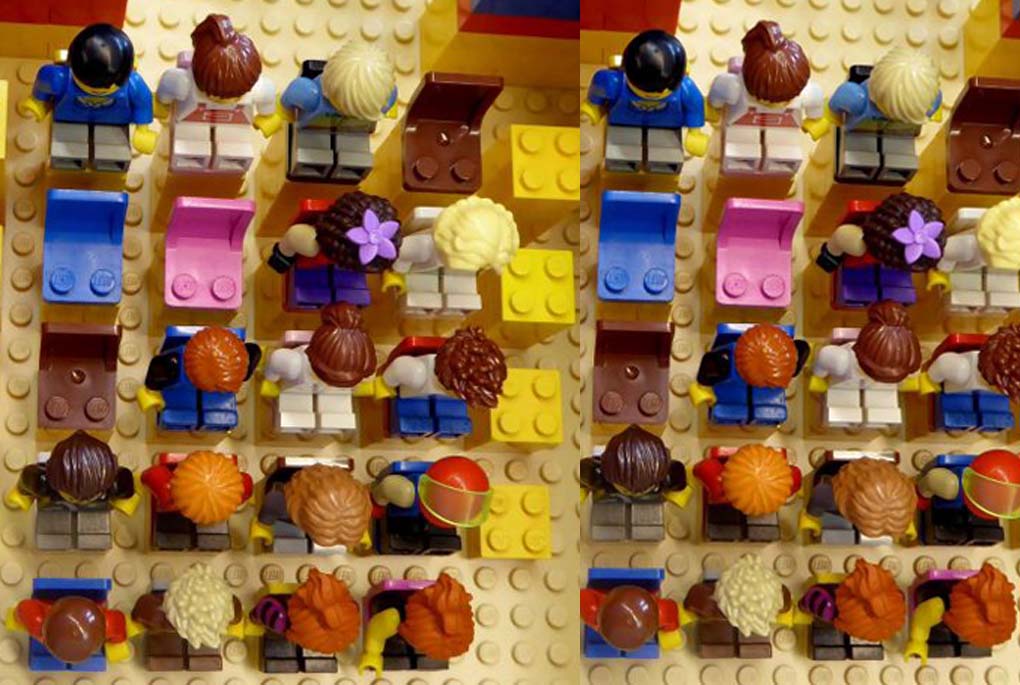 FOR some on the left the entire purpose of a socialist movement is to win elections. Indeed, not simply to win elections but to argue for any democratic reform which might strengthen the odds of a victory. In a recent interview with the Socialist Hour, punk-poet Atilla The Stockbroker made the point forcefully. All that matters is get theTories out. In a nutshell, in the UK the socialist movement should be reduced to an anti-Tory election machine. But, is an emphasis on elections likely to bring socialism?

This infatuation with electoralism is likely to be given renewed vigour with the news that Jeremy Corbyn may be considering turning his Peace and Justice Project into an electoral party. Whilst we only have the Torygraph’s word for this it is entirely plausible given that the Labour Party have, apparently, already chosen Mary Creagh as their candidate to fight his seat at the next election. People on the left are genuinely excited at this prospect but choosing a leader and then building a party around them is a bit putting the cart before the horse. Of course, mass movement’s can coalesce around charismatic leaders but generally such parties belong to the right rather than the left.

But even if the left could unite around a single party and, even if that party could achieve some success, how much would that contribute to the change in political culture we so desperately need? In the Hansard Society’s Audit of political engagement 30% of people said in 2019 that they never discuss politics. 32% said they did not want a say in local democratic decision making. In every audit since 2003 more people have disagreed than agreed with the statement, “When people like me get involved in politics, they really can change the way that the UK is run.” Only 11% said they would be prepared to join a political party (and bear in mind they were not asked which one). On the other hand, 18% would take part in a campaign, demonstration or political meeting. What do these numbers tell us?

We know that the membership of the main political parties numbers around one million (precise figures are hard to come by and these are from Wikipedia, not my favourite source). Of that million almost half are Labour Party members. On the one hand, this suggests that there are 3.5 million people just waiting for the right party to join. On the other, it is unlikely that they are waiting for a left wing party. Besides, it is one thing saying you would join in a survey, quite another trudging to a party meeting on a wet Thursday night.

The prospect of a party led by Jeremy Corbyn is enticing, but we should not underestimate the fact that many people at the last General Election were not voting Corbyn, they were voting Labour and they are likely to continue to do so, even if their overall vote declines, as is likely, according to current polling figures. In a General Election where the media are almost entirely focused on the main parties, small left parties find it harder to break through and subsequently invariably pick up few votes. Moreover, Jeremy Corbyn has never said publicly that he would be leading a new party and if the success of any new party is dependent on one person then the socialist movement is in more trouble than we are wont to think.

So, this brings us back to the point of this article. Elections, be they national or local, provide an opportunity to raise the issues of socialism on the doorstep when people are most receptive to engaging with activists. But national elections are run according to a pre-conceived media agenda. Corbyn would undoubtedly get reported in the press, but would he get interviewed on prime time TV or be invited to the leaders’ debates? Highly unlikely. His profile would be high amongst his supporters but that would not carry him to anything other than a local victory. It is a question of maths.

Winning over the Labour vote

In 2017, the Labour Party led by Jeremy Corbyn gained 12,878,460 votes. The Conservatives, led by the hapless Theresa May, won with 13,636,684 votes. You might recall that this was an election Labour were expected to lose badly. You might also recall how Labour did so well, if not quite well enough. Labour’s rejuvenated membership, marshalled, it should be said, by Momentum, took to the streets in numbers not seen for years. At the time Labour probably had around 650,000 members. Not all of those engaged in doorstep canvassing, but the vote was twenty times higher than the membership, largely because of the emphasis on talking to voters individually. It is highly unlikely that the current Labour leadership will consider ordinary members as the main force in a forthcoming election, and equally unlikely that any party, including Labour, will be able to call upon that number of members. The point is not to engage in mathematical formulations but to point out that the left cannot rely on support from the mass media, but need significant numbers of activists on the ground, knocking on doors, to stand any chance of winning.

Everybody with a Twitter profile considers themselves a psephologist these days, and some wild statements are made. Any new party, especially if led by Corbyn, will attract thousands of members and hundreds of thousands of votes. But, where do these left votes come from? Essentially, they are from new young voters who have not voted previously, or from existing Labour voters who are looking for a radical alternative to Labour. It should be pointed out that those Labour votes are often tribal in nature, and prising them away is not as easy as saying, “but we are really socialist and they are not,” not least because many Labour voters support them precisely because they are not offering radical socialist policies. And small radical parties to the left of Labour have not found it easy breaking through, not, as many believe, because of the electoral system. On the whole, radical left parties do not fare well in countries with PR either. It is not either, as Labour Party members tend to believe, that people won’t vote for socialist policies but rather because the form of parliamentary democracy that exists in capitalist societies is there to choose political representatives of capital, not those who want to change the system entirely. Capitalism did not emerge in a referendum where it decisively beat feudalism and socialism, and socialism will not emerge through a referendum in which the majority of people reject capitalism.

The Trade Union and Socialist Coalition has most of the policies that people on the left support. Its core policies are:

TUSC will oppose all cuts to council jobs, services, pay and conditions. Reject increases in council tax, rent and service charges to compensate for government cuts. Vote against the privatisation of council jobs and services.

TUSC is an established force in British politics. It has been standing in elections since 2010. It has former Labour MPs amongst its leadership. But, in the 2015 General Election, it stood 128 candidates and received 36,490 votes in total. On average a TUSC candidate received 285 votes. This amounted to 0.1% of the total votes cast. There was nothing wrong with the policies, which were certainly to the left of those proposed by Ed Miliband’s Labour Party, but, as I keep repeating, unless there is a substantive change in people’s consciousness, just having good policies is not enough. In both 2017 and 2019 the Labour manifestos had policies that were in line with what opinion polls told us were what a majority of people in Britain wanted. Yet, even Labour with all its resources and with the attention of the national media, couldn’t turn those popular policies into electoral victory. What chance, then, a party barely anybody has heard of and which the national media will ignore?

I’m not saying it is impossible that a socialist party with left policies could ever win an election. But the circumstances which would make such a victory possible would be such that winning a parliamentary election in order to maintain capitalism with a human face might be the last thing on our minds. And, if such a victory were feasible, TUSC, Resist or the WPB would have had a major influx of new members. This is why, in my opinion, developing policies aimed at winning a largely docile and politically illiterate electorate is not the main task of socialists at the moment.

Most left-wing parties count their members nationally in figures between a few hundred and three or four thousand. In each constituency membership is typically measured in low numbers, rarely exceeding 30 or 40. Exact numbers are hard to know because small parties are equally as tight-lipped on such matters as their bigger cousins. These membership numbers are important. First, elections are expensive, and without big money backers you need lots of small donations. But, more importantly, any radical grouping which challenges the mainstream will be treated as, at best, unimportant and, at worst, non-existent by the media. In order to counteract the myopic focus of the national media it will be essential to create a noise with local activity.

If Jeremy Corbyn stands for re-election, it is inevitable that his constituency – Islington North – would be flooded with activists keen to leave Mary Creagh with egg on her face. But, whilst it would be nice to see a dedicated Blairite defeated, in terms of the struggle for socialism exactly what good would Jeremy Corbyn remaining an MP do? It is not as if his closest allies – John McDonnell, Diane Abbott or Richard Burgon – have any intention of abandoning Labour before the next election. It is possible that Zarah Sultana could be deselected and, like Corbyn, she would command quite a following if she were to throw her weight in with a new Corbyn-led party.

The hard work of recruiting, training and retaining members is something those who announce a new electoral party are wont to forget. But without those members these parties are going nowhere. It is why it is not enough to base a party on a charismatic leader who can attract a personal vote but who is bigger than the party. Political activity cannot be measured in Twitter followers or Facebook likes, it is grounded in the hard work of building the confidence of a cadre of members.

For many parties political education is non-existent or is a matter of ensuring that new members can repeat ‘the line’. In this way parties can sing from the same hymn sheet, as it were. There is probably no more depressing experience than to come face to face with an enthusiastic young activist with a newspaper firmly grasped to their chest who can confidently repeat the party line without understanding it. A socialist party has to be a place of debate. It has to be a place where ideas can be tested, theories proposed and ideas challenged. It should not, though it often is, be solely focussed on either the leader or a place in Westminster Palace.

In the next in this series of posts I want to make some suggestions about organising for socialism and the type of activities that those members might engage in. I should stress that everything in this short series represents my views and I would not expect everybody to agree with me.

2 thought on “Time to stop our electoral infatuation”