Time to fight to maintain our living standards 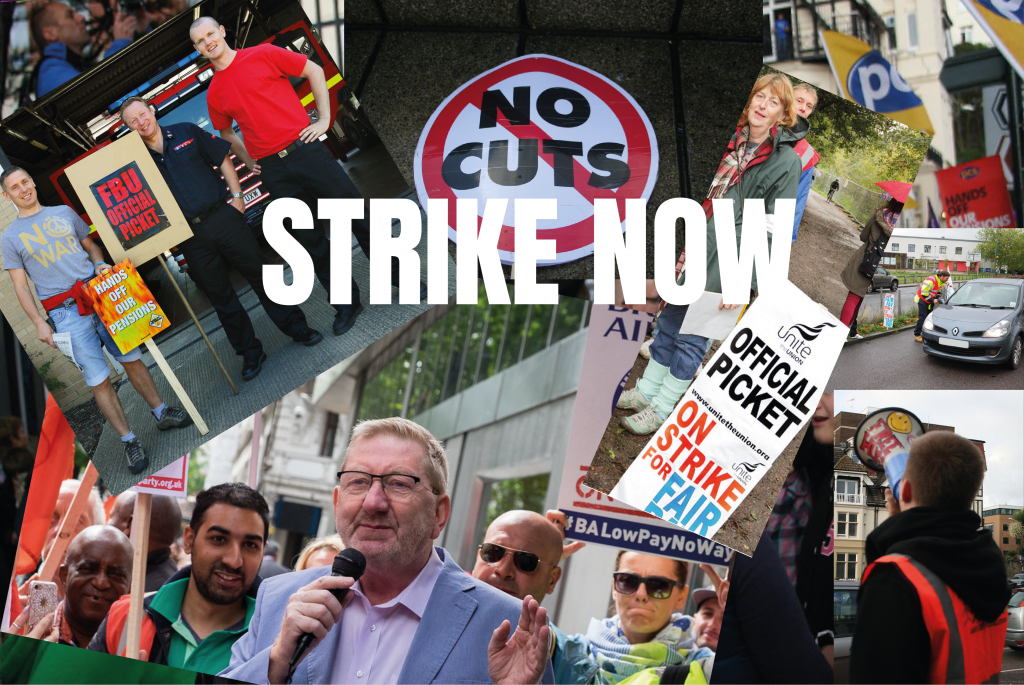 AS THE TUC issues an analysis showing that the UK has suffered the worst decline in real wage levels amongst the G7 countries, workers will be faced with a stark choice: fight now or pay the consequences later.

The TUC analysis of OECD figures shows that real wages in the UK are forecast to shrink by 6.2% (-£1,750) over the next two years – the tightest contraction in pay of any G7 economy.  Previous TUC analysis showed that workers lost nearly £20,000 in real earnings between 2008 and 2021 as a result of pay not keeping pace with inflation.

We agree with TUC General Secretary Frances O’Grady who said: “Making ends meet shouldn’t be a battle. The number one priority for Tory leadership candidates should be to get pay rising across the economy”.

These are fine words, but without action to back them up they are meaningless. The TUC is calling for: a significant rise in the national minimum wage, strengthening collective bargaining rights to boost pay across the economy, a real-terms pay rise for public sector workers, with a move towards restoring earnings lost over the last decade and raising Universal Credit to 80% of the real Living Wage.

These are great aspirations, but let’s be honest, the Tories simply do not have the interests of workers as one of their priorities. As we reported yesterday the Thatcher wannabe Liz Truss is blaming unions for the mess her Government is responsible for creating.

Meanwhile, as we reported on Monday, the Labour Party has abandoned any pretence to be a workers’ party as they chase Tory voters in the so-called Red Wall. And this was emphasised yesterday with the sacking of Shadow Transport Minister, Sam Tarry, for joining RMT members on a picket line, a move which induced Sharon Graham, Unite The Union General Secretary, to state that “Labour is becoming more and more irrelevant to ordinary working people who are suffering”. Whilst money can be found, without opposition, to finance a war in Ukraine, which looks likely to drag on, and a jubilee celebration which only a handful of people actually wanted, there can be no help for ordinary folk struggling to make ends meet.

Stand up and be counted

Some union leaders are showing a willingness to take the fight to the Tories. Unite’s Sharon Graham said: “I will not apologise for demanding and winning fair pay rises for my members, and any action to effectively remove the ability to strike will be met with fierce and prolonged resistance”, whilst RMT leader Mick Lynch told his members: “We are not alone. The trade union movement needs to unite and support each other as our many struggles all amount to the same thing, to defend workers against an increasingly rapacious capitalist class intent on driving down wages and taking away rights that have been won of generations. Our future is in our hands.”

To this all we can add is that every socialist, every trade unionist and every person who believes in social justice must be ready to stand up and be counted. A failure to act will simply give the green light to the Tories to intensify their attacks. We have beaten them before, it’s time to remember that we can beat them again.