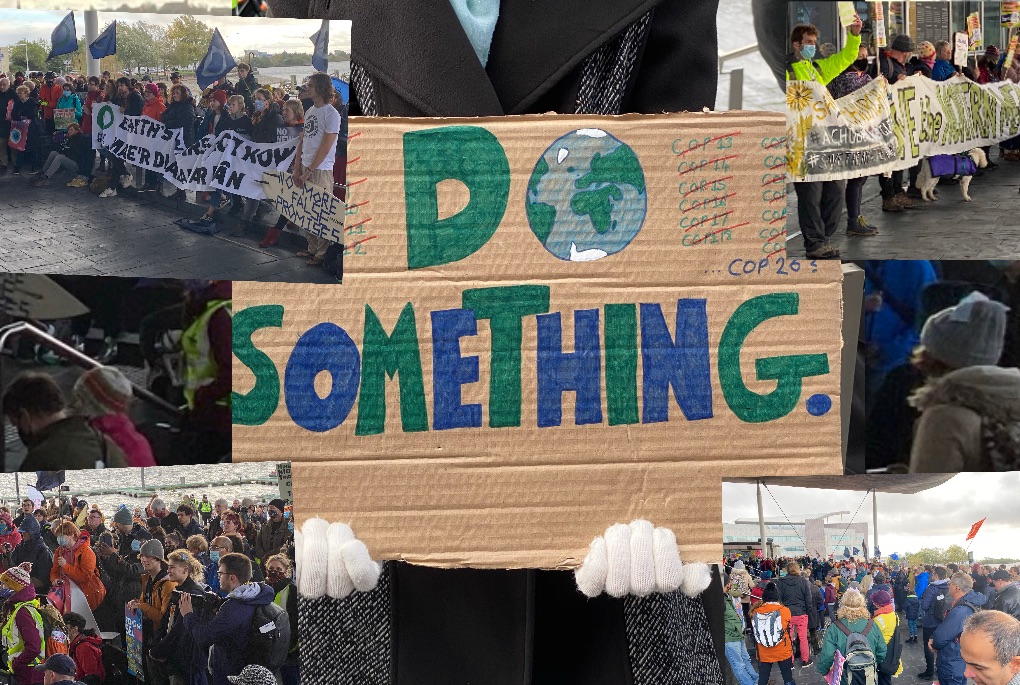 THOUSANDS marched yesterday to demand action on climate change. As the COP26 summit enters its second and final week people took to the streets in Glasgow, London, Cardiff, Bristol and throughout Europe.

COP26, named because it is the 26th time the United Nations has convened a forum on the climate emergency is failing to find any solutions to the massive crisis facing the planet.

In Glasgow Greta Thunberg told the 100,000 who rallied “This is a two week long celebration of business as usual and blah, blah, blah.”

In Bristol around 5,000, predominantly young, protestors marched to College Green where they heard speeches from a variety of speakers.

What is the significance of these protests? Clearly, the numbers, whilst good, do not show the depth of concern in the population. In recent surveys up to 70% of those surveyed have reported that climate change does represent an emergency.

In one of the biggest surveys analysed by Oxford University researchers found that respondents from 50 countries were clear that climate change was an emergency. A mean average of 64% believed it to be so.

There was widespread support for:

It is clear, however, that those with the ability to implement these policies are failing to do so. This is not just a failure of the Conservative Party in the U.K., but of governments across the globe.

Whilst over 100 countries signed a pledge to reduce deforestation by 2030, deSmog found that the summit’s official “blue zone” includes large corporate-style pavilions run by some of the world’s leading producers of oil, gas, and coal, including the United States, Australia, Indonesia, Saudi Arabia, Russia, United Arab Emirates, Germany, and Qatar.

Although it is not all bad news on the commitments made in Paris in 2015 the fact is that even if the world’s leaders meet their existing commitments on climate change, the planet would still warm by 2 to 2.4 degrees Celsius by 2100. Whilst this is better than the 4 degrees anticipated in Paris it is still above the 1.5 degrees needed to avoid the most dire predictions.

This is why the protests remain significant. Whilst governments remain hand in glove with big business polluters, their fine words and impressive sounding promises will remain as Greta Thunberg says “blah, blah, blah”. It is up to ordinary citizens to set the agenda. It is up to schoolchildren to protect their future. But, ultimately there can be no future until we break our reliance on a system that is more interested in profit than survival.

One thought on “Thousands March against “blah, blah, blah””