There may be trouble ahead – new government anti-trade union legislation 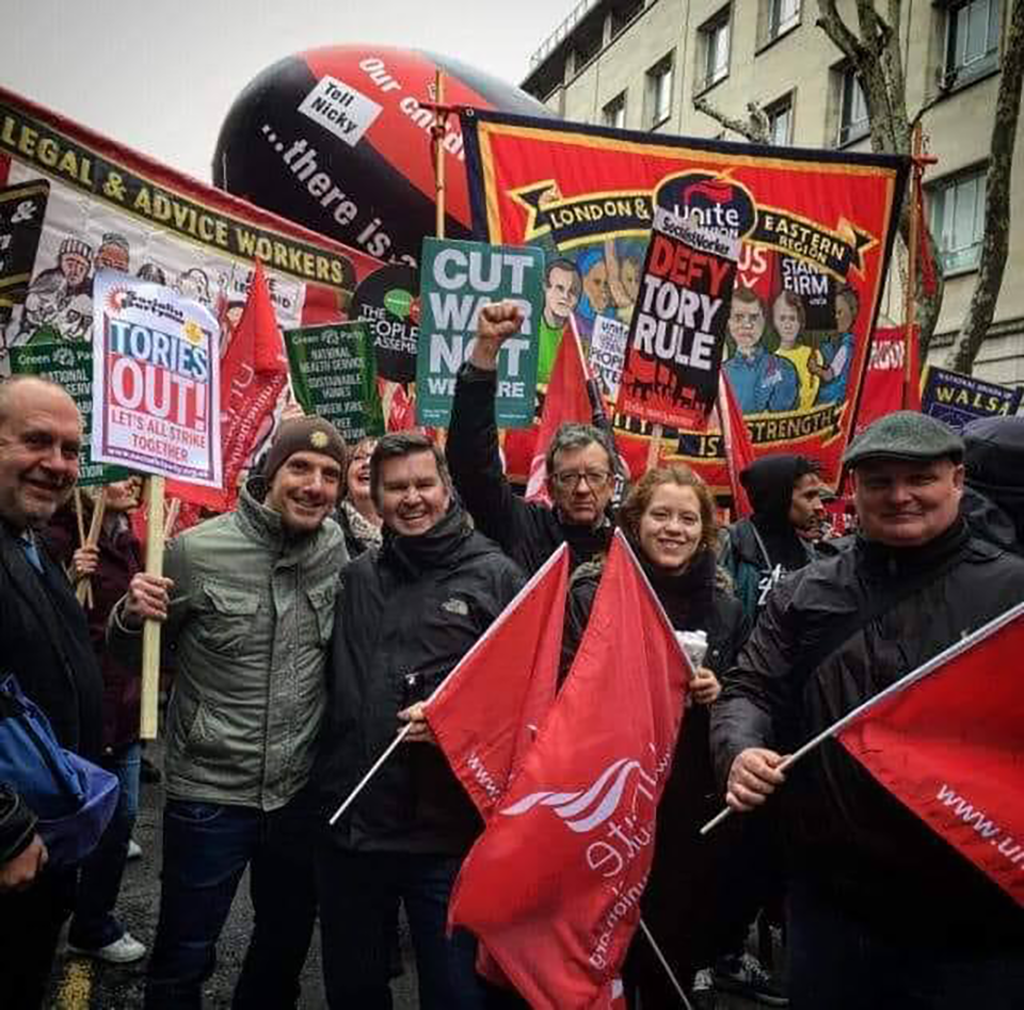 The 2022 summer of discontent

THROUGHOUT the summer there has been a fightback by trade unions and levels of unrest not seen for decades. Workers in many sectors have started to make it clear that they will not be the sacrificial lambs for this current crisis in the way they were under Osborne’s neoliberal austerity agenda. The scars of that disastrous project are still evident.  Rough sleeping in England has increased 165% from 2010, life expectancy has stalled for the first time in more than 100 years, and the number of people in poverty in working families reached a record high.

We are now in the middle of another crisis, but this time people are angry.  This crisis has become a living nightmare for millions of working people who have seen their wages fall at a record rate, while their bills increase exponentially.  This time though, more are aware of the inequality and have had enough. They can see that corporations are making record profits, while they are being told to rein in their wage demands and choose whether to heat or eat.

Trade union leaders are now using their voices and spelling out in very simple terms the injustice of a system where Shell can quadruple its bills while increasing the income paid to shareholders from $3.4bn in 2021 to $18bn in 2022. At the same time, Royal Mail bosses plead poverty while making £758 million profit last year, and the Felixstowe Dock and Railway Company, owned by the Hong Kong-based conglomerate CK Hutchison Holdings, owner of the Three mobile phone network and Superdrug, made a pre-tax profit of almost £61million in 2020, while offering their workers a 5% wage increase, way below the rate of inflation.

So the fact that the Government is resorting to yet more anti-union legislation is perhaps an indication that the rebalancing of the economy that they want is one where ordinary people take the pain, so they can have the gain.

However, the enormous struggles workers have faced throughout history, in order to be treated fairly, have certainly not taken place on a level playing field. Put very simply, there has been, and always will be, a power imbalance between capital and labour under capitalism.

This balance alters, dependant on the industry, economic climate, and the will to resist, but the balance of power has never been equal.

The role of trade union legislation has been a pivotal backdrop in enforcing this unequal power relationship. There has been a clear pattern of massive fightbacks, successful disputes, and rights being enforced by legislation, only to have these watered down or removed at some future date by the implementation of anti-union laws to ensure that any power gained is clawed back.

This pattern has been clear from the earliest days of trade unionism where people were hanged or transported simply for wanting the right to organise with their workmates.The implementation of the Trade Union Act of 1871, which legalised trade unions for the first time and protected union funds, was only achieved by the enormous sacrifices of ordinary men and women.

Having legalised trade unions, the Government then attempted to water down the impact by introducing the Criminal Law Amendment Act 1871, which deemed peaceful attempts by workers to encourage strikes to be seen as ‘coercion’ and a criminal offence.  Employers, of course, had no restrictions on what they could do.  Judges generally interpreted whatever unions did as a breach.

This has been an ongoing pattern. Between 1980 and 1993, Conservative governments passed six acts of Parliament, starting with the Employment Act 1980, to restrict unions’ power to go on strike.  Picketing was restricted.  Solidarity strikes were outlawed.

The United Kingdom has, in consequence, the most restrictive anti-union laws in Europe.

David Renton, writing in Tribune, is of the view that “almost all the things which socialists find contemptible about contemporary Britain – the ever-accelerating disparity of wealth between rich and poor, the power of the police, the powerlessness of protestors to successfully challenge the state – can be traced back to the industrial and political defeat of the 1980s”.

So, nearly 150 years later, from legislation that legalised trade unions, and just over 40 years after a Tory government weakened the protection given, we see the same tactics being used by yet another Tory government to undermine the unions and support the already powerful employers. And Labour, which did nothing to remove that legislation during 15 years of government is busy distancing itself from unions at the very time unity across the labour movement is most needed.

The Government has announced that it will introduce legislation that will allow employers to use agency staff to take over the duties of striking workers.  At present this is unlawful.

• Imposing minimum service levels in transport and other ‘critical’ sectors.  Ministers have suggested these will include power, education and the health service

• Limiting the number of pickets

• Imposing cooling off periods after each strike lasting 60 days

• Increasing the notice period from two weeks to four.

The TUC has responded by making a submission to the ILO Committee of experts by pointing out that “Unions in the UK are highly regulated to an extent that they believe infringes the right to association and the right to organise under ILO Conventions 87 and 98.”

Lessons from the past

Submissions and parliamentary questions are all well and good but reduces you and me to spectators on the sidelines.  Whilst those in power would like the history of working-class resistance to be buried in the past, it is important to remember what has and can be achieved by collective action.

Indeed, after the end of the First World War, from 1918 until 1921, the country saw the most prolonged phase of union militancy and class confrontation ever experienced in Britain – union membership rose to 8.5 million. A key dispute of the period was the 1919 miners’ strike in South Wales, Nottinghamshire, and Derbyshire, demanding a 30% wage increase, a six-hour working day and the nationalisation of the mines. However, when leaders of the unions became aware that the strength of this alliance could cause a constitutional crisis, the unions backed down.  As Robert Smilie, the leader of the miners, reflected, “From that moment on we were beaten and we knew we were”.

This experience was reflected in the General Strike of 1926, which is viewed by Kevin Morgan of Manchester University “as one of the outstanding events of twentieth century British history.” All accounts agree that the discipline and solidarity shown were remarkable. However, again, the TUC reached a settlement with the Government that ended the General Strike, and miners were left to fight, and lose, alone.

More recently, this current round of action is reminiscent of the Winter of Discontent. Between November 1978 and February 1979, huge numbers of public and private sector workers were involved in widespread strikes in an attempt to obtain cost-of-living pay rises, against a backdrop of around 13% inflation.

The unrest had deeper causes than resentment of the caps on pay rises introduced by the then Labour government. Labour’s internal divisions over its commitment to social democracy, manifested in disputes over labour law reform and macroeconomic strategy during the 1960s and early 1970s, pitted constituency members against the party’s establishment. Many of the strikes were initiated at the local level, with national union leaders largely unable to stop them. Union membership, particularly in the public sector, had become more female and less white, and the growth of the public sector unions had not brought them a commensurate share of power within the TUC.

It is, therefore, too simplistic to refer to the imbalance of power between unions, employers, and the state, without recognising the gradations in power between union members (the craft and general unions) and the controversial role played by some trade unions in controlling their membership. Even Churchill remarked, “The curse of trade unionism is that there is not enough of it”.

History has shown us that there comes a point when working people will no longer accept having to bear the brunt of a crisis caused by capitalism. Draconian legislation is there to prevent workers from demanding a fair share of the profit made by their labour. Trade unions do not just need strong leaders, such as Mick Lynch and Sharon Graham, they need grassroots organisation capable of leading the struggle to defend their livelihoods.

The lessons of the past are that challenging an entire system designed to reward the few and keep the many in their place requires courage and organisation. There is certainly a need for radical and courageous trade unions, but, just as importantly they need to work alongside and support grassroots organisations. Only in this way will they be able to shift that power imbalance back towards working people.