The white poppy – remembering all victims of war 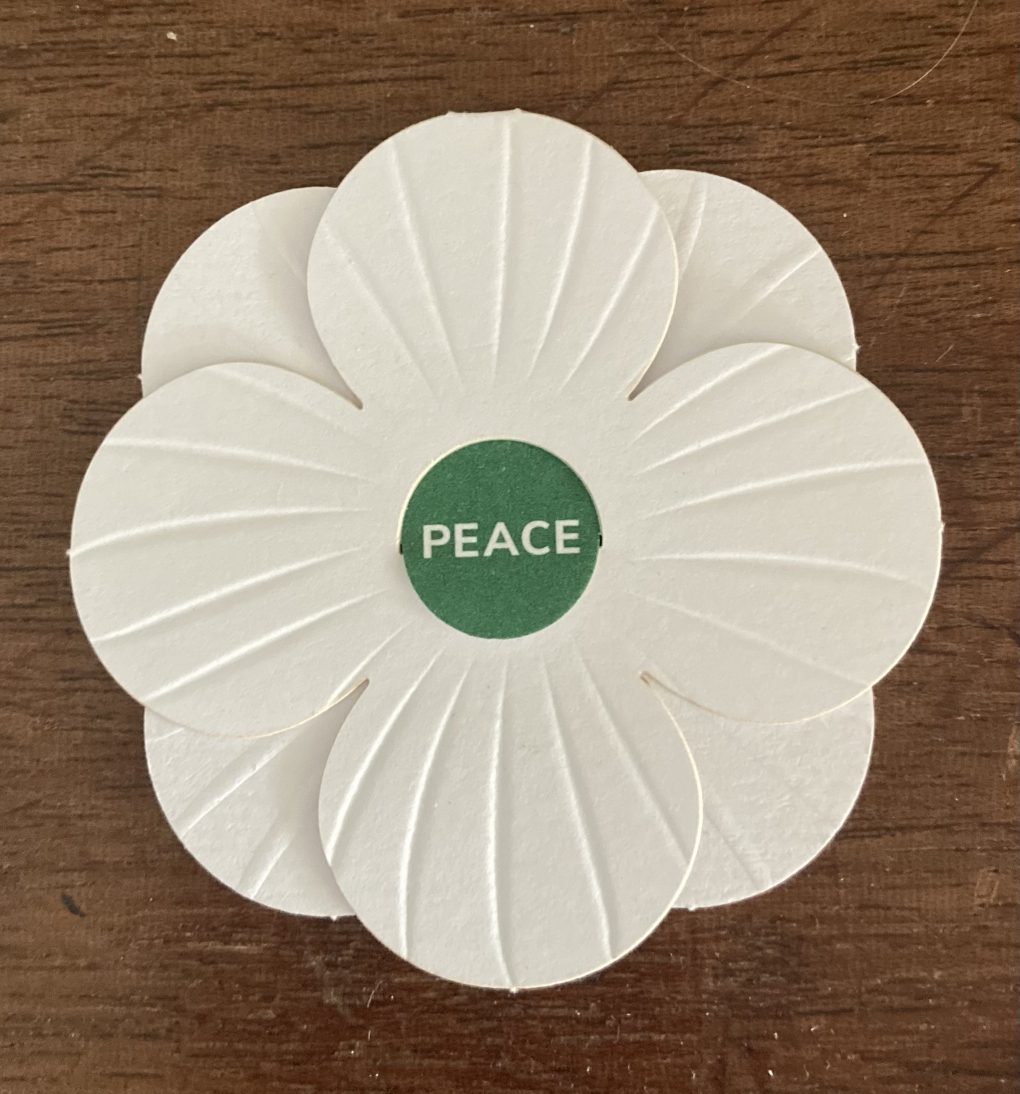 The time of year has come around again when poppies are being sold and worn all over the country. There is a sense, encouraged by many in the media, that wearing a red Flanders Poppy is a moral obligation to show our thanks and give honour to soldiers who lost their lives, especially in the First and Second World Wars. More than 67 million people have died in conflicts since 1918, and very many more have suffered the devastating effects of war. There have been and still are wars in many parts of the world, and it feels wrong that the red poppy and the services associated with it do little to promote peace and that our thoughts are not with all victims of war.

Red poppies were first sold in 1921 by the British Legion as symbols of remembrance and hope for a peaceful future. The red poppy was chosen as it was a flower found frequently on the Flanders battlefields during World War I. The British Legion states that “poppies are worn as a show of support for the Armed Forces community“. Since 2019 it has included civilians as worthy of remembrance, but still only people on ‘our side’. This does not extend to people of all nationalities.

Militarism continued to grow after the First World War. In response to this, white poppies were created to promote a pacifist message. The first white poppies were made in 1933 by the Women’s Cooperative Guild. Many members of the Women’s Cooperative Guild had experienced the deaths of loved ones, fathers, husbands, brothers and sons in World War One.  The Guild’s General Secretary was Eleanor Barton. She made a statement calling for “that ‘Never Again’ spirit that was strong in 1918, but seems to grow weaker as years go on”.

The Women’s Cooperative Guild was dedicated to promoting international peace and had become concerned that the symbol of the red poppy was increasingly associated with the rise in militarisation. The Guild decided early on that one of the organisations to benefit from the proceeds of the sale of white poppies was War Resistors international. Meanwhile it assured the public that they were not trying to detract from anything that could contribute to improving the lives of war veterans:  “The Guild was most anxious that nothing should be done that would prejudice the help given to disabled soldiers.”

Three years after the first white poppies went on sale, the Peace Pledge Union (PPU) took on the responsibility for their creation and has continued to produce them for the last 86 years. White poppies are now made by Calverts, a workers’ co-operative based in East London, specialising in socially and environmentally responsible print design. This year all the white poppies are paper based and recyclable.

The PPU works towards bringing current conflicts to an end and preventing future wars. It argues that it is a matter of urgency to highlight the devastating effects of war, to discover nonviolent solutions to conflict, and to work for peace. “A temporary absence of violence is not enough. Peace is much deeper and broader than that, requiring major social changes to allow us to live more cooperatively.” As well as challenging the glorification of war and the justifications for it, the PPU asks us to question why war has become normalised and clarifies that the symbolism of the white poppy represents “remembrance for all victims of war, a commitment to peace and a challenge to the attempt to glamorise or celebrate war“. It stresses the importance of including victims of war from long ago to the present day, those who suffered in colonial conflicts, civilians and all nationalities.

In wearing white poppies, we remember all those killed in war, all those wounded in body or mind, the millions who have been made sick or homeless by war and the families and communities torn apart. We also remember those killed or imprisoned for refusing to fight and for resisting war…. suffering does not stop at national borders, and nor should remembrance.

White poppies have proved controversial, and there has always been opposition from a number of quarters, from the militarist sections of society and others who see it as a sign of disrespect or do not wish to cause offence to the establishment and to those who had fought in wars or had relatives who fought and suffered or died. White poppy wearers have been accused of cowardice and the PPU accused of encouraging conscientious objection and mounting a challenge to our traditional values.

Today some people still contest the production and wearing of the white poppy on the grounds that buying a red poppy would raise more money for wounded veterans. However, people who purchase a white poppy also contribute to charities set up to assist disabled soldiers. And surely those who are now suffering as a result of their experiences in the forces should be receiving generous support from the state? The Welfare State has been increasingly underfunded by the UK Government, a government which should be supporting veterans, but maintains the fourth highest military budget in the world.

There are politicians who promote and profit from arms sales who can be seen laying wreaths at the Cenotaph. Money is found to promote weapons sales, to increase military spending, invest in nuclear weapons and support today’s wars, and so our Government persists in contributing to wars in various parts of the world. It is abundantly clear from the many wars which have broken out throughout history that these conflicts have devastating consequences and fail to achieve lasting peace. Wars are so often caused by competition for resources, by inequality and by poverty. They are integral to the way capitalism operates, where there is a constant search for new resources, often in the Global South, where the extraction of raw materials seriously affects the well-being of communities and disrupts their lifestyles and where people are exploited in low-paid employment. Capitalism increases the competition for resources and leads to the breakdown of the social fabric. And of course large sums of money can be made from war. The Stockholm International Peace Research Institute (SIPRI) reported that in 2020, despite the shrinking of the global economy, weapons sales and the sales of military services by the main 100 firms concerned had increased every year since 2015. In 2020 these sales had reached a record figure of $531bn.

The radical changes we need cannot be made easily, but it is surely both just and logical to focus our attention on these serious problems and find solutions for them in order to prevent further slaughter.