The Rise of Putin’s Puppets 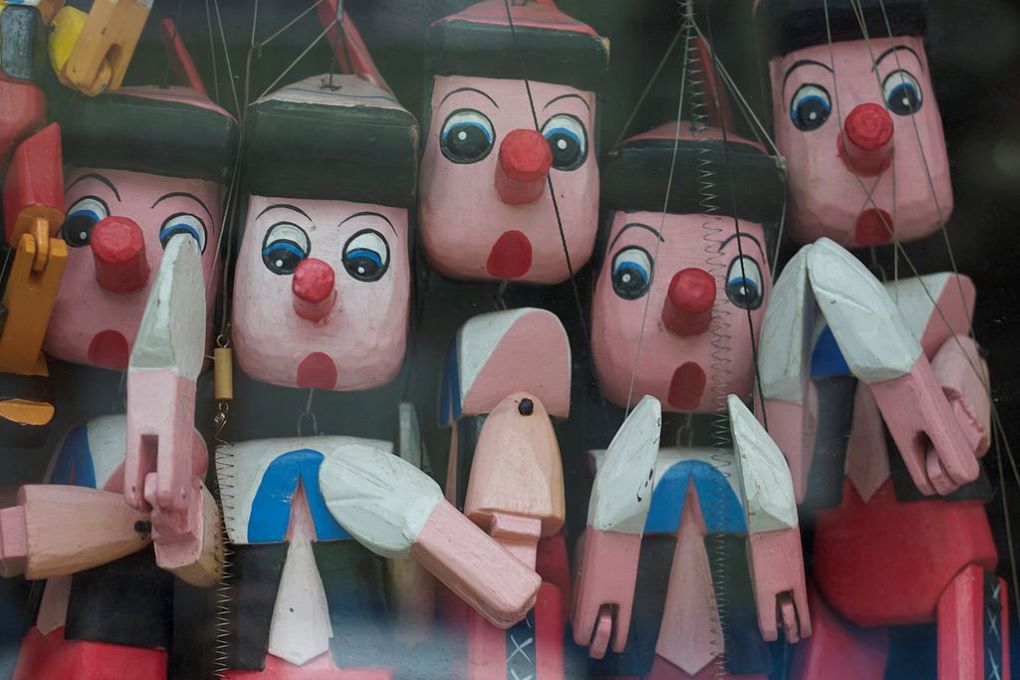 The worm in the apple

Let’s begin by stating the obvious. Putin is a despot, and the Russian invasion of Ukraine is an act of appalling stupidity, cruelty and aggression. War is almost invariably wrong, for reasons I discuss here – and this war of Putin’s is as wrong as any.

It’s therefore a welcome development that much of the UK – and, in fact, much of the Western world – has united in condemnation of Putin’s attack. It’s difficult to condemn this war enough.

And yet… something isn’t quite right. In the midst of all this pro-Ukrainian fervour I am left with a feeling of vague discomfort. It’s as if I’ve bitten on a delightfully crisp apple, only to discover a worm track zig-zagging through the fragrant white flesh.

The worm track of McCarthyism….

Joseph McCarthy was a Republican politician in the United States who served as a senator from the state of Wisconsin in the 1950’s. He is famous for his persecution of alleged or imagined US communists and for stirring up national paranoia against an internal enemy – a communist fifth column -which, it transpires, never really existed. The United States during this time engaged in a form of mass hysteria, a group psychosis about a non-existent threat.

Unfortunately, in our largely well-meaning support for the Ukrainian cause, we are seeing something like this emerge in Europe and the United States today.

What are the symptoms of this trend?

Well, the worm tracks are these:

It’s as if, amongst the well-wishes and support expressed for Ukraine, there is also a need to identify an enemy within: a long-hidden army of Putin’s Puppets.

This urgency to foster and impose a single viewpoint in regard to the Ukraine conflict has found expression extensively in social media. Publish a post, update or tweet suggesting NATO may be partly to blame for the Ukraine war and you’ll find yourself accused of being a supporter of the Russian invasion, a Putin sympathiser, and a collaborator in Russian imperialism. I know a pacifist who was accused of a misogynistic attitude toward the raping of women, the accuser being confident that this was something in which the Russian army would engage. In harsh contrast to this, the Labour politician Zarah Sultana was emailed a death threat from someone who described her as ‘Putin’s whore’ for supporting the Stop The War coalition.

Meanwhile, far-right newspaper The Telegraph called the RMT union ‘The enemy underground’ – describing the union as ‘Putin’s apologists’, bringing London to a standstill. Quite a smear about a dispute over job losses and pensions.

Sir Keir Starmer, leader of the Labour Party, ordered those of his MPs who signed an anti-war petition to withdraw their signatures or face expulsion from the Party. The petition stated, ‘Russia should withdraw troops and all sides de-escalate and seek peaceful solutions’. A fairly harmless message, I’d suggest.

In fact, anyone insufficiently fervent in condemning Putin as an insane monster, or who dares to suggest mistakes by Ukraine and NATO may have contributed to the war, is quickly branded a turncoat, a traitor to our nation, a ‘Putin’s Puppet’.

Dissenters are the enemy within, and our censorial cancel culture wants to wipe them from the face of the Earth.

The heart of the matter

So why is this a problem?

Firstly, a golden rule of international relations is that NOTHING IS EVER SIMPLE. Monster your opponents, over-simplify their motives and objectives, and it becomes increasingly difficult to step back from escalation. But the ‘group think’ that we’re being encouraged to engage in does exactly that.

Secondly, if this war is about resisting authoritarianism and autocracy and protecting democracy, then accepting a plurality of viewpoints is exactly what we’re meant to be defending. But you’ll see from the small selection of examples I’ve given above that exactly the opposite is happening. Uniformity  is being demanded and enforced.

And, lastly, the McCarthyist treatment of dissenting voices in today’s crisis can only be seen as immoral. It conflates opposition to war with support for the enemy. It’s a public lie about the motives of pacifists and peace campaigners. It’s a smear – propaganda at its worst.

I loathe everything that Putin stands for. I despise and condemn his invasion of Ukraine. But I think the situation is complicated, with multiple causes, and mistakes on all sides. And you know what? I’d rather self-identify as a Putin’s Puppet (despite despising him on countless levels) than allow myself to be swept up in a group think sponsored by the corporate media, by ultra-hypocritical politicians, and by the propaganda output of our nation states.

6 thought on “The Rise of Putin’s Puppets”