The price of your health 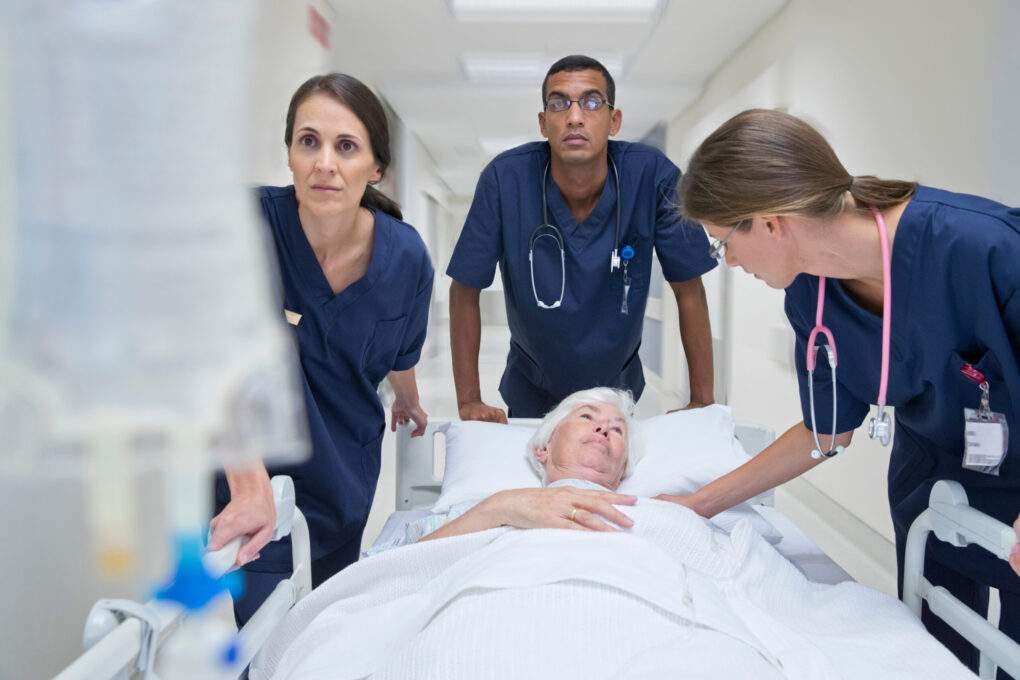 IN December 2019 I suddenly found my regular 7k run really difficult. As I was running up a fairly steep hill I felt breathless. I decided to change my route and avoid hills for a while. After a couple of weeks of running on flat surfaces I was still struggling, and was relieved when a visit to my local GP Surgery told me it was “just a virus”.

By February the “virus” was preventing me from running more than 100 metres and after a serious bout of breathlessness I contacted my GP and was told to come in for an investigation that afternoon. At 4.30 pm I turned up for my appointment, an hour later I was in an ambulance on my way to hospital. A few hours later I was laying on a trolley being told by a cardiologist that I would need surgery to repair the mitral valve in my heart.

Five weeks later I came round in ICU having undergone a 12 hour surgical procedure. During that five weeks I met surgeons, consultants, interns, paramedics, dozens of nurses, radiologists, physiotherapists, porters, cleaners, flobotomists of every shape, size, colour and gender. I saw the inner workings of the NHS up close and personal. But at no time did I meet a Finance Adviser to discuss how I was to pay for this treatment. For all the worry associated with major surgery at no point did I have the additional concern that I might lose my house to pay for this.

The cost of health

How much is your health worth? The reality is it’s worth far more to you than to the Government. The big NHS con trick has been to spend more whilst delivering less. The Kings Fund estimates that total spending on healthcare in the U.K. has increased from £126 billion in 2010 to £159 billion in 2021 in real terms. Whilst the number of nurses has increased since 2010, there are still massive shortages. The Kings Fund, using NHS Digital Workforce data estimated a shortfall of 84,000 health care workers including 38,000 nurses. Fund Our NHS estimates that 1 in 10 posts are vacant. These shortages have been exacerbated by both the pandemic and Brexit but the NHS has suffered from endemic under staffing compared to other countries. At 7.8 per thousand population the U.K. remains one of the lowest resourced in terms of nurses across Europe. Finland has 14.3 per 1000, Germany 13.2, Ireland 12.9, Belgium 11.2 and France 10.8. (Figures from the OECD)

Meeting these shortages and at the same time bringing the UK into line with the rest of Europe would involve a lot of investment and could not be achieved overnight. But it is not a question of how much money more how that money is spent. A friend of mine who worked in an accountancy position in the NHS until he retired said that he had seen a change as consultants, who often delivered very little tangible benefit, were accorded a greater place in the decision making of the NHS. Whether the country can afford healthcare is another issue. But, let us not forget that Rishi Sunak, still Chancellor at the time of writing but regarded as a frontrunner in the race to succeed serial liar Johnson, recently wrote off £4.3 billion of fraudulent payments to friends and family of the Tory party.

Britons take great pride in the NHS regarding it as one of the Labour Party’s great achievements. The vision for the NHS was expressed by Aneurin Bevan as: “universalise the best”. What this meant was that treatment should be universally available and free at the point of use. Moreover, the NHS was not providing just for those who could not afford private health insurance, its aim was to make the need for private health insurance redundant. The idea that the NHS is “the best in the world” is a prime example of British exceptionalism.

Simon Tilson, writing for the Centre for European Reform, describes this exceptionalism in the following terms:

There is always a disjuncture between the way a country sees itself and how others perceive it, but this disjuncture is especially large in Britain’s case. Too many see Britain as a beacon of democracy and liberty. Too few are aware that the country’s colonial history means that much of the rest of the world is more ambivalent – and that Britain is less trusted and admired – than they imagine.

This exceptionalism extends into every area of our lives but is especially potent in the case of the NHS. Being free at the point of use is exceptional and worth defending, but our pride is often accompanied by the prejudice of our belief in exceptionalism. For example, did you know that the first free healthcare system was introduced in 1912, not in the UK, but in Norway? There are also 31 other countries (in addition to the UK) which have healthcare systems which are essentially free at the point of use.

Decision-making in the UK, as in most of the so-called developed world is in the hands of an elitist minority. This minority can well afford private healthcare and have historically seen no reason not to allow their own health issues to take precedence over those of people with less resources. Our current Prime Minister once described poor people as “chavs, losers, burglars and drug addicts”, whilst a group of Tory MPs, including Liz Truss, Priti Patel and Dominic Raab wrote a book in which they describe the British as “among the worst idlers in the world”.

Moreover, it is rich people, on the whole, that get to decide public policy. Successive generations of Tory MPs have declared their love of the NHS whilst at the same time taking money from private health providers. In 2014 The Mirror published a list of 70 MPs with links to private health firms. It included David Cameron (PM at the time), George Osborne (now Editor of the Evening Standard but then Chancellor of the Exchequer), Jeremy Hunt (Minister for Health), Andrew Lansley (former Minister for Health), Sajid Javid (current Minister for Health) and, amongst others, Nick Clegg, Vince Cable, Priti Patel and, naturally, Jacob Rees-Mogg. Companies do not offer money to MPs for nothing. They expect to get that money back in favours to their industry.

The Tories have been instrumental in creating a society where poverty becomes not just a lack of income but a lack of opportunity. And, in health, this creates not only a two-tier system but a huge burden that the poor have to face, and are then blamed for.

The ONS calculated a difference in life expectancy between the better-off south and the north of up to 15 years. This was based on healthy life expectancy (HLE), which is the number of years you can expect to live in good health. In Richmond-upon-Thames average HLE was 70.5 for males and 72.2 for females. Whilst in Manchester the averages were 56.1 for males and 54.4 for women.

There is, of course, a debate about whether people’s individual life choices contribute to their health. To put this more prosaically: does poverty cause ill health or does ill health cause poverty? There is no simple answer to that question, but what we do know is that poverty reduces choices. Sarah Lawson, of The Health Foundation, put it rather well:

It’s true that individuals can have agency over decisions that affect their health, but this agency can be severely limited by poverty… The novelist James Baldwin put it well when he said ‘anyone who has ever struggled with poverty knows how extremely expensive it is to be poor’… Poverty also expends emotional resources, and affects people’s ability to comprehend the future. Viewed through this lens, it’s possible to see how unhealthy behaviours such as smoking are used as quick fixes in stressful circumstances.

My recent time in hospital brought home to me the dedication and professionalism of the vast majority of people working in the NHS. It also reminded me that the privilege of receiving healthcare free at the point of use hangs by a thread. Even in Wales, where I live and which has a Labour Government, the decay in the NHS is obvious. The peeling paint on the walls, the blankets that were so worn they had holes in, the out of date equipment some of the staff were using. All paint a picture of a service that is being run down. The conservatives in the Tory Party, Liberal Party and Labour never intended to ‘sell off’ the NHS. What they have done is used it as a money-laundering device to filter public money to their friends. This became obvious during the early days of the pandemic and as that corruption seeps into every area of our public life it will eat away at the NHS forcing more and more people to go private for things they once would have expected free of charge.