The poor just keep getting poorer 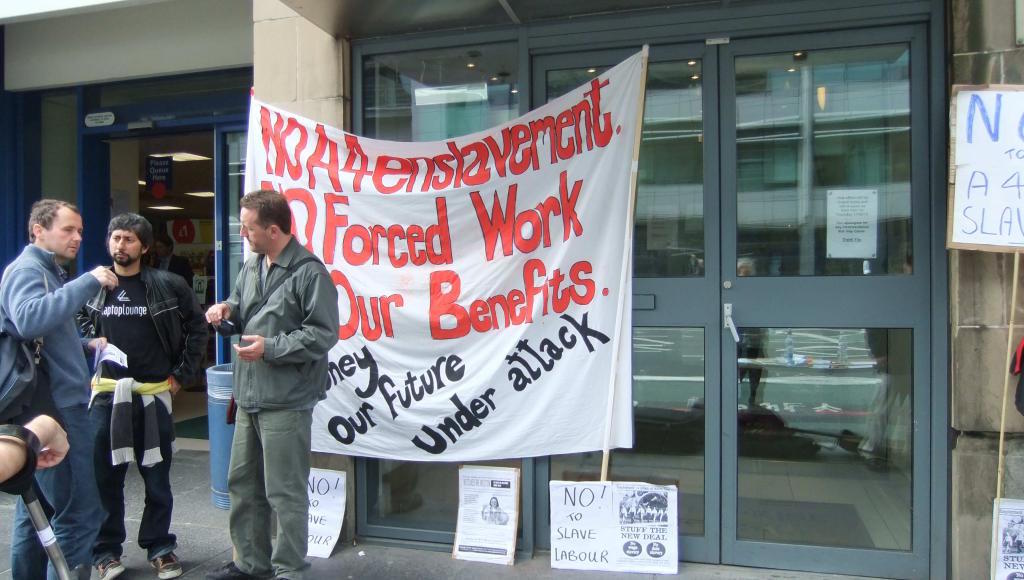 I AM always angry at the levels of poverty and inequality, not just in the UK but throughout the world, but became even more so last week when I saw a video circulating of teachers in the US scrabbling the ground for dollar bills.

I don’t take anything at face value and at first thought it ‘fake news’; but upon doing a little research found it to be true. In Sioux Falls, South Dakota, the Sioux Falls Stampede hockey club together with CU Mortgage Direct organised an event which had 10 teachers in helmets scrambling to grab as many dollar bills as they could off the ground in five minutes. There were $5,000 worth of singles, which the team and company said was to help teachers fund their classrooms.

It is anything but for the 15 million people in the UK who are currently living in real poverty. You often see headlines and comments about those in poverty having to choose between heating and eating, and you may think it’s a bit of an exaggeration, but it is not. Around one in five struggle to put food on the table. And many of these, if they put their heating on at all, do so for only an hour or two a day.

A hard Christmas and winter ahead

As we wrote last week, this is going to be a tough Christmas and winter for many with prices up, wages down and the UC cut in place. Christmas can be a terrifying time of year for those with no money but with children to feed and, if they are able, to buy presents for them.

And the truly horrifying fact is that many of those living in poverty are also in work. We should all be paid a real living wage, and anything below £15 per hours just isn’t it. Yet less than £10 per hour is what many are supposed to be able to live on, while five million people in the UK are paid even less than that, according to the Living Wage Foundation.

The pandemic hasn’t helped, with thousands being made redundant, losing income on the furlough scheme, and facing higher living costs in lockdown, but it can’t be blamed for ten years of underfunding of vital services and cuts to benefits from the government.

The number of working families struggling to make ends meet hit a record high just before the pandemic, according to the Institute for Public Policy Research (IPPR), with one in six working households living in poverty. More than 30 per cent of two adult households with one full-time earner are in poverty, nearly as high as the rate of hardship for families without any full-time workers.

The research showed the UK had hit its highest in-work poverty rate in the 21st century, while the chance of households with two people in full-time work being pulled into hardship has doubled since the millennium.

And while approximately 15 million people face a daily struggle to survive, an analysis by the Equality Trust shows that bosses of the UK’s biggest 100 companies are taking home an average of £5.3m each year, which is 386 times higher than the amount a worker earning the national living wage pockets. 386 times higher!

According to the Joseph Rowntree Foundation (JRF), eight in ten people claiming universal credit last month were in work or looking for work, and, when the Government cut UC by £20 per week, it was estimated that it halved the incomes of some of Britain’s most disadvantaged people, many of them youngsters just starting out. The Foundation has also estimated that the cost of living crisis could push 100,000 more people deeper into poverty in the new year, with a third of low-income households already behind on their bills.

Poverty has a knock-on effect as shown in a review published by the Nuffield Foundation, which found children’s health deteriorating and infant mortality rising three years in a row in England and Wales, from 3.6 per 1,000 live births in 2015 to 3.9 per 1,000 in 2017, and in all four UK nations it rose from 3.9 per 1,000 in 2018 to 4.0 per 1,000 in 2019. The review cites the State of Child Health report published by the Royal College of Paediatrics and Child Health in 2018, which found that the UK’s infant mortality was 30% higher than the median for all EU countries.

So many families have become reliant on food banks and/or charities to help them out, and, while it is a positive that they have access to such aid, how can it be thought okay that those both in work and unemployed have to rely on the kindness of others just to eat? If employers can’t pay their employees a living wage, they need to hire fewer people or just close down.

“Oh, but that will just create more unemployed and more on benefits,“ I can hear many scream. Well so be it. At present millions are working and still having to rely on benefits while you can bet their employers are not, so we have bosses taking advantage of the benefit schemes to keep their workers going when what they should be doing is just paying a decent wage.

“But what about small businesses?” What about them? While I am all for shopping locally and paying small businesses rather than large corporations, again, if they can’t afford to pay their workers a decent wage they need to rethink their business plan or perhaps offer their employees shares if they consider their business to be just getting off the ground. Why should some do all the work yet reap none of the benefits?

I am fed up with the scale of poverty while billionaires are multiplying. 493 people joined Forbes’ World’s Billionaires list this year. That means on average the world gained a new billionaire every 17 hours. How can anybody see this as anything other than an indictment of our capitalist society? We are in the midst of a pandemic, and the rich are only getting richer while the poor are becoming poorer.

I have no ready solution, I am just disheartened and disgusted.