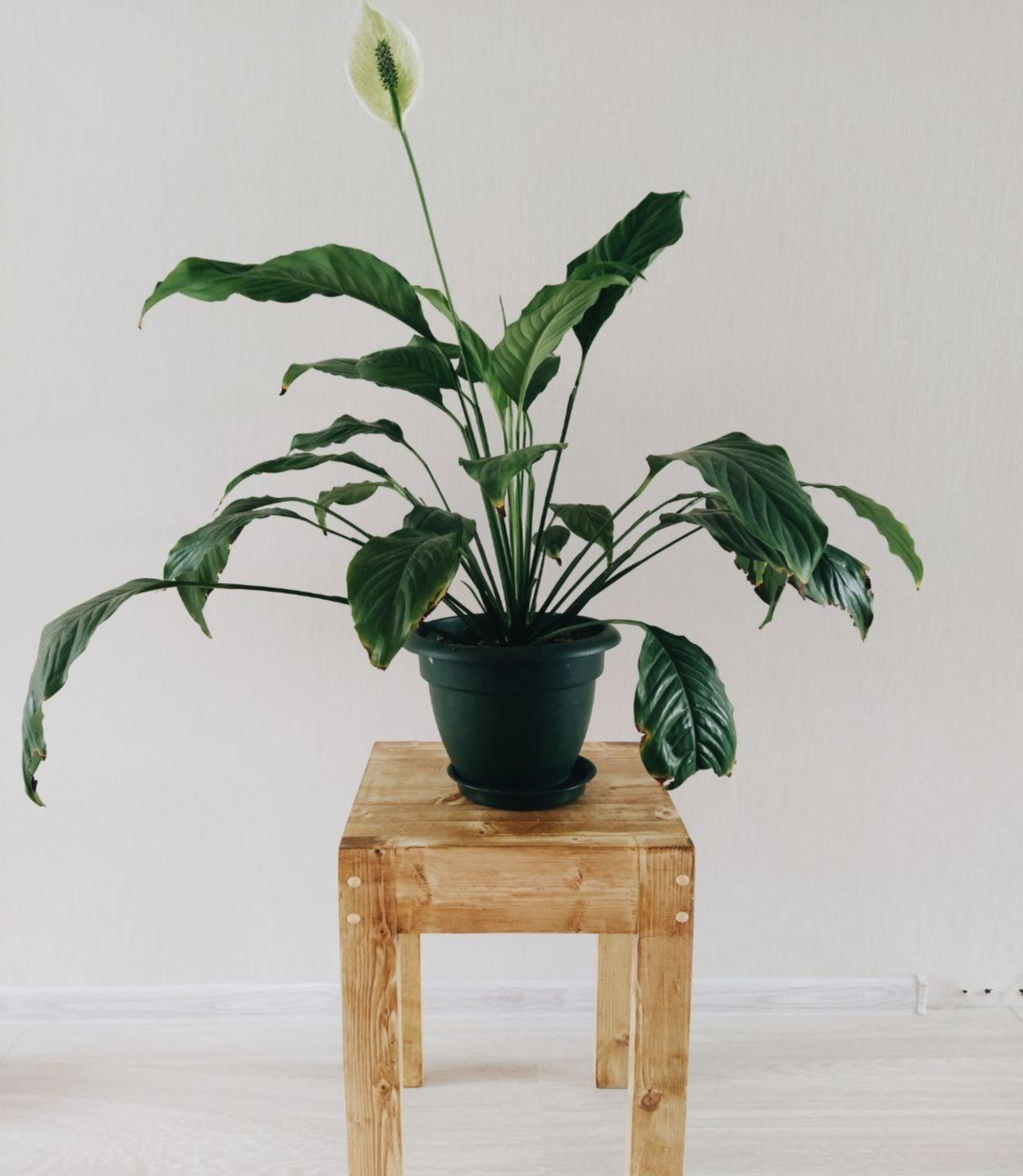 Picture of Peace Lily from Pexels

Once upon a sometime in the early 1980s, there was a man named Phillip Allen aged forty-six.  He worked as a freelance sound engineer in some of the smaller theatres, conference centres and even some nightclubs.  He was also a keen naturalist.

Most of his Sundays and Bank holidays were spent in the New Forest.  He would spend whole days trekking through the trees and clearings, cataloguing the flora and fauna and especially the fungi which was where most of his fascination lay.

He had learned the names of all the local mushrooms and toadstools and eventually had the confidence to forage and bring home and eat some of the specimens he found.  He knew there was a fine line between edible and poisonous fungi and was as cautious as possible.  Sometimes he had to sadly discard what he had originally thought to be fit for human consumption when a small nagging doubt would not stop gnawing at him.  Every time he was in doubt as to his identification skills, he remembered “Better safe than sorry, Phillip”, as his Grandmother used to tell him when he was about to do something dubious.

One day Phillip read an article in one of his Nature magazines about the possibility of plants and trees having intelligence and even being able to communicate with each other.  He read all about something called Mycelium.  It was contained in all plants and in fungi and how it grew down into the soil, like very fine roots and created a web of fine filaments.  These filaments reached out and joined to others, creating the Mycorrhizal Network and allowing plants to share information.  If there was an incoming insect infestation then these plants could pass that knowledge on to other plants and they would get ready with their anti-insect chemicals.  If there was a shortage of water, the plants knew about it.  If there was an abundance of nutrients in a certain place, the plants knew about it.  Phillip was fascinated.

He could not think of anything else for the next few days.  After mis-wiring some speakers in a conference hall and then almost electrocuting the Manager with a microphone, Phillip had an astounding idea.  He would create a device that could pick up the soundwaves of the Mycorrhizal Network!  He had all the equipment to make it, he was sure he could make it work.  If there were sounds to pick up, he would be the person to pick them up.

He knew it would have to be an extremely sensitive piece of equipment but he was an expert and was very determined.  After doing a bit of research and reading through several books at the local library, Phillip began working on a recording machine with bio-sonification modules. They would pick up the sounds made by the bio-rhythms of the plants, or, in this case, fungi, and turn those sounds into music.  All Phillip had to do was place electrodes onto his chosen specimen and somehow translate the resulting notes into something he could understand.  That part may take some effort and a certain amount of luck to create a translator, but he was confident it was possible, given time and dedication.  It was said that music is the universal language of mankind, did that also include plants?  Phillip optimistically presumed it did.

Over the next several weeks, Phillip built his machine.  It was a metal box, about the size of a very large shoe box.  It contained several feet of wire, three circuit boards and a small tape recorder.  Phillip named it The Fungificator Device or FD for short.  It could of course be used on any plant within reason but this one was aimed at fungi first and foremost.

When it was finished, he took it from the shed to the lounge where he put it on the dining table next to his beloved Peace Lily.  She would be his first subject.  He pulled up a chair and sat.

“Hello Lillianna”, he said to his plant; the favourite out of his collection of about twelve.  “I’m going to put some electrodes on a couple of your leaves, I’ll be very gentle!”  As carefully as he could, Phillip clipped them onto two of Lillianna’s leaves and plugged his headphones into the FD.  He heard nothing.  He turned the volume up a little.  Still nothing.  He turned it up higher…

There!  He heard a faint hum!  He turned the volume up higher still and swallowed hard.

“You’re looking beautiful today, Lillianna”, he told his plant.  He listened in excitement as the hum became a bit louder and then the tone rose.  Just a little but it was definitely audible.  Phillip missed a breath.  “Lilianna, are you thirsty?  Would you like a drink?” he asked.  The tone he heard stayed the same.  Phillip knew he had watered her recently so she probably was not in need of more water.  “So, you’re happy at the moment?” he said, satisfied with his conclusion.  “Thank you very much for your assistance, Lillianna.  I shall take the electrodes off you now”.

Phillip sat very still in the chair and marvelled at his genius.  He was pretty sure that the FD would be alright for yes/no questions but if only he could decipher the hum into something easier to understand; could he translate the sounds into words?  That would need more work and more research.

After six weeks of studying how to, then building a translator using bits and pieces from his mostly unused Commodore 64 computer, Phillip sat down again with Lillianna the Peace Lily.  He plugged his headphones into the FD, placed electrodes gently on two of Lillianna’s leaves and switched on.

“Hello Lillianna”, said Phillip, “You are more beautiful than the last time we spoke.”  He heard the hum that he had heard before.  He spoke again.  “Would you like a drink, Lillianna?” he said.  The hum slowly changed into what sounded like a hiss.  “Shall I give you a drink of water, Lillianna?”  Phillip heard a “y” sound through his headphones and then the hiss repeated itself.  Lillianna had said “yes”!  Phillip tore off his headphones and rushed to the kitchen to fill his little houseplant watering can.  He raced back to the table, replaced the headphones and spoke to his plant.  “Here comes your drink, Lillianna”, he said and began pouring a slow, steady stream of water into Lillianna’s planter.

He heard the humming sound and then a long, drawn out “Gooooooood” from Lillianna.

Phillip’s eyebrows shot up to his slowly receding hairline.  He sat frozen for a few seconds in utter amazement.  This was it!  He had done it!  He, Phillip Allen, had invented the most fabulous device known to mankind.  It would change the world.  It would make him famous.  It would make him rich.  Lillianna spoke again, “Mooooore driiiinnnk” she said, “moooooore”.  Phillip poured some more water into the planter and stared in disbelief at his beloved Lillianna.

“Lillianna, you are the most wonderful plant in the whole world”, he said and kissed her leaves.

Over the next two months, Phillip forgot all about his plan to talk to the fungi in the New Forest.  He had been sitting and talking to Lillianna for hours at a time, only stopping when he got very hungry or to visit the bathroom.  He had not been working but had spent time refining the translator of the FD and now he and Lillianna had complete conversations.  She had told him the secrets of the Mycorrhizal Network and much about what plants think and do all over the world; how plants communicated with each other and how plants from different regions of the world had a different way of ‘speaking’, much like foreign languages and even regional accents.  Phillip wrote it all down and now had reams of the most valuable information which would doubtless be of huge benefit to the world.  Every night he kissed her goodnight and told her he loved her.  She always replied that she loved him too.  He took great care of Lillianna to the detriment of his own health and wellbeing.  Nothing mattered to Phillip other than Lillianna.  He was besotted.  He had grown a large beard as he did not take time to shave nor to shower.  He had lost a lot of weight as eating was just an annoying interruption to his conversations with Lillianna.  His scant supply of friends ceased to call as he stopped bothering to answer the door.  His telephone never rang anymore.  Even his sister had stopped popping round.  Phillip had entirely lost himself to Lillianna.

More months passed and the world had not seen Phillip Allen for a very long time.  The post piled up on his doormat until it was as a small sized rug of brown and white envelopes.

One day a kindly postman who was new to the area, had been worried at seeing the pile of letters mounting up through the glass in the front door and had called the police.  On entering the property, the police had found Phillip Allen slumped across the dining table in the lounge, with his headphones on.  His pulse was weak and his breathing was shallow.  The police called for an ambulance and Phillip was rushed to hospital.

It was found, after extensive testing, that Phillip had formaldehyde, benzene and trichloroethylene poisoning, likely caused by ingesting parts of a Peace Lily plant.  His sister was notified of where he was and came to visit but Phillip did not or could not recognise her.

He slowly recovered physically over many weeks but was an extremely difficult patient.  All he talked about was Lillianna.  He cried for her, he begged for her but could not seem to say who she was nor where she could be found.  No one knew who that was.  They presumed she must have been his girlfriend but no one knew for sure.  Phillip had to be quietened down many times after becoming aggressive.  He spent most of his time sitting in front of the window staring at the garden with unfocused eyes.

After he had recovered enough to be moved, Phillip was taken to a secure unit.  There he gradually improved and, when his sister came to visit, they had a short but pleasant chat.  She told him she had decided to put his house on the market, as he would not be able to live alone, and he could stay with her when he got out of the unit.  He had nodded in sad understanding.  His sister said she had cleaned up at his place and seen to his post.  She had brought the plant she had found on the dining table in the lounge and the stereo he had been listening to with headphones when he had been found by the police that day.  Phillips eyes widened and glazed over when he saw Lillianna.

She placed FD and the headphones on the chair next to the bed and popped the plant on Phillip’s bedside cabinet.  “There!  I’ve watered it and it’s just beginning to grow some flowers.  See you next week”, said his sister as she left the room.  “What a lovely plant!  That’ll help you to feel better”.