The Noble Game and the Nobel Prize 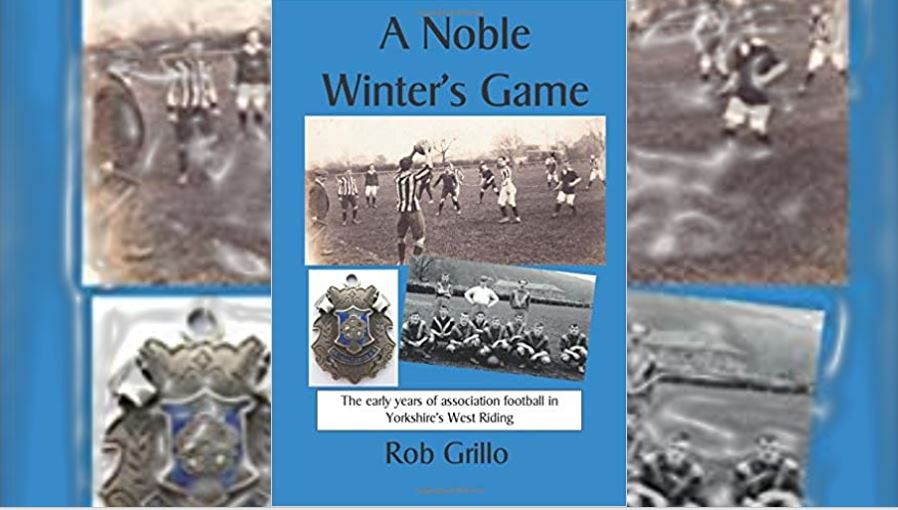 The noble game could learn from the Nobel Prize about the real nobility of courage in the defence of truth and justice.

For the noble game of football the foundation of the Football Association in 1863 is a landmark moment; for the Nobel Peace Prize 1901 is a similar landmark moment. It should have been 1897. But a legal wrangle over Alfred Nobel’s will delayed proceedings.

Money wasn’t a problem for the founders of the FA. They were amateurs because they could afford it. The teams were drawn from the ranks of England’s public schools, which were actually fee paying private schools for the upper classes. They dominated the FA Cup which began in 1871.

No Money No Play

Eventually the FA yielded to pressure to professionalise the game in 1885; and in 1888 the Football League was formed. It was dominated by professional teams based in the industrial North and Midlands. The owners may have been hard headed businessmen but the players came from the mills, the pits, the foundries; and so did the supporters who flocked to games on a Saturday afternoon.

That is where the idea of football as a working class game originates. Rich people owned it. Poor people paid for it and played it (there was a maximum wage). But how could you make serious money out of football? To cut a long story short, establishing the Premier League and selling the TV rights to Rupert Murdoch was the answer. Nowadays top flight football is played by millionaires in clubs owned by billionaires and most fans watch it on TV because they cannot afford the ticket prices.

Super Duper, but not the Starship Troupers

This has attracted the super rich. OK some of them just want to own a world class football club in the same way they want to own the world’s biggest yacht or build the world’s tallest skyscraper: very expensive toys for very rich boys. Enter the super duper rich. And, apart from the tech billionaires who want to be rocket men, there are none more super or duper than the autocratic rulers of the oil rich Arab states. They control sovereign investment funds worth hundreds of billions. And three top teams are now owned by them. Sheikh Mansour of Qatar, net personal worth $22 billion owns Manchester City. Tamim bin Hamad Al Thani, ruler of Qatar with a net personal worth of $2 billion owns Paris Saint Germain and now the Saudi Public Investment Fund has spent £305 million to buy Newcastle United. Newcastle United, a top team? Maybe not now. But the Saudis are ten times richer than the Qataris and money buys success in modern football.

So what’s the motivation. I learned a new word today, “sportwashing.” If you are a racist, sexist, homophobic regime with a shocking human rights record, what better way to boost your image than to take a controlling interest in the world’s most popular game. Hence Qatar hosting the 2022 World Cup.

Mike Ashley, the outgoing owner of Newcastle United is another billionaire, number 61 on the Sunday Times rich list. He is hated by the fans, not because he pays minimum wages to non union labour on zero hours contracts in his Sports Direct empire, but because he has not invested enough of his ill-gotten gains to buy the club success.

Meanwhile, the Nobel Peace prize has gone to two journalists, Maria Ressa and Dmitry Muratov. Maria has a record that would put most UK journalists to shame. While they moan about the left and cancel culture, she risks being cancelled, literally, every day by the thuggish regime of Duterte in the Philippines because Rappler, her online investigative journalism company

has focused critical attention on the Duterte regime’s controversial, murderous anti-drug campaign. The number of deaths is so high that the campaign resembles a war waged against the country’s own population. Ms Ressa and Rappler have also documented how social media is being used to spread fake news, harass opponents and manipulate public discourse.

She is currently on bail while appealing a six year jail sentence for a libel conviction. Her co-winner has spent the best part of 30 years exposing the sins of Putin’s Russia at great personal risk.

Since Novaya Gazeta was established by Muratov and colleagues in 1993, it has investigated corruption inside and outside Russia, as well as the long wars in Chechnya. Six of the paper’s reporters and contributors have been murdered for their work. Muratov said the prize belonged to them: “It’s for Igor Domnikov, it’s for Yuri Shchekochikhin, it’s for Anna Stepanovna Politkovskaya, it’s for Nastya Baburova, it’s for Natalia Estemirova, for Stas Markelov,” he told Russian media. “It is that of those who died defending the right of people to freedom of speech.”

This inevitably brings back memories of Jamal Khashoggi, the whistle blowing Saudi Journalist who was tricked into entering the Saudi embassy in Turkey and brutally murdered by agents of the regime. This has led some to challenge Newcastle fans rejoicing at the end of the Ashley regime for their disregard for human rights.

As a Saudi Arabian court upholds a 20-year prison sentence on an aid worker Abdulrahman al-Sadhan, for his comments on Twitter, it’s worth reminding ourselves that the House of Saud – your prospective new bosses – are evil. Their gifts to the world run from 9/11 to mass starvation in Yemen.

But Newcastle fans did not broker the deal. The FA followed the money. Julian Knight, Tory chair of the parliamentary sport and culture select committee may condemn Saudi Arabia’s “atrocious human rights record.” Does he condemn his government’s continuing arms sales to this rogue state? Sports writers seem to have a better grasp of the politics than the news writers on this.

If the Premier League is happy to wave through the takeover and the Government is happy to trade with Saudi Arabia, it strikes as a little unrealistic to expect a group of downtrodden football supporters to go further than anyone else. The Premier League, who once claimed that this was a problem of separation between state and directorship, have inadvertently revealed that broadcasting revenue protection was the bigger issue for them. If we are angry at this takeover, that anger must be directed higher up the food chain.

If that is to happen we need more journalists of the calibre of Jamal Khashoggi, Maria Ressa and Dmitry Muratov. Then we might get an answer to the question:

Subscribe to Critical Mass to receive links to all our new posts once a fortnight in our newsletter.

One thought on “The Noble Game and the Nobel Prize”