The man who fought apartheid – everywhere 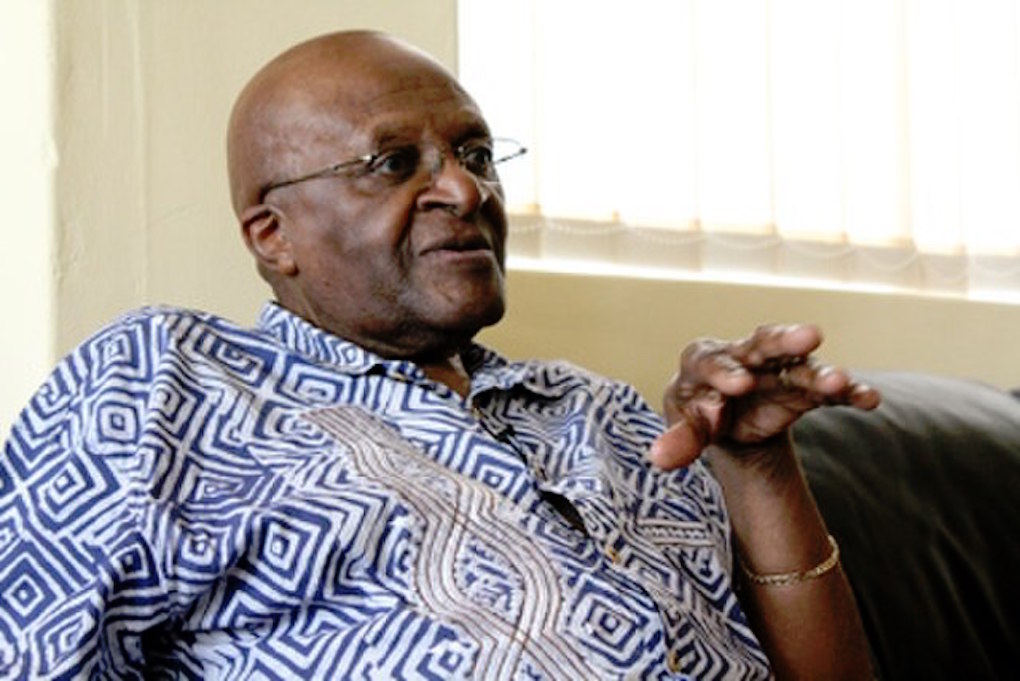 THE news hit the world on Boxing Day of Desmond Tutu’s death, and, while the Nobel Peace Prizewinner was praised by leaders and media worldwide for his fight against apartheid in South Africa, noticeably absent was any mention of his condemnation of the ongoing apartheid in Israel.

Strange this, as he was an outspoken critic of Israel’s treatment of Palestinians, often drawing parallels between the Israeli occupation and apartheid in South Africa. Although, not so strange perhaps when you consider it fits the mainstream narrative to laud the Archbishop as a man of peace and staunch defender of human rights while forgetting about the human rights of the Palestinians, because doing so would mean condemning Israel and our leaders and mainstream media are loathe to do that.

The West is complicit

The Archbishop had a long history of fighting apartheid, wherever it might be, without allowing any difficulties to prevent him doing so. He was supposed  to lead a UN fact-finding mission with Professor Christine Chinkin to investigate a November 2006 Israeli attack on Gaza’s Beit Hanoun district which led to the deaths of 19 Palestinians, including seven children, but Israel refused to grant him and Professor Chinkin authorisation to enter Gaza, so they made their travel to the occupied territory via Egypt.

Speaking of what he saw there, Tutu called the Israeli siege on Gaza, in place since 2007, as “a gross violation of human rights”. He went on to say, in a joint statement with Professor Chinkin: “We are in a state of shock, exacerbated by what we subsequently heard from the victims and survivors of the Beit Hanoun massacre. For us, the entire situation is abominable.” Archbishop Tutu accused the West of complicity in Palestinian suffering by remaining silent.

And in 2013 he said: “I have visited the Occupied Palestinian Territories and have witnessed the humiliation of Palestinians at Israeli military checkpoints. The inhumanity that won’t let ambulances reach the injured, farmers tend their land, or children attend school. This treatment is familiar to me and the many Black South Africans who were corralled and harassed by the security forces of the Apartheid government.”

Most recently, in an article published in the Israeli newspaper Haaretz in 2014, Desmond Tutu declared his support for what is an international  movement of  boycott, divestment and sanctions (BDS) as a peaceful means of opposing Israeli occupation. He wrote:

Those who continue to do business with Israel, who contribute to a sense of ‘normalcy’ in Israeli society, are doing the people of Israel and Palestine a disservice. They are contributing to the perpetuation of a profoundly unjust status quo.

The hypocrisy of world leaders in mourning his death and praising what he accomplished is evident to all. US President Joe Biden, speaking of Tutu, said, “His legacy transcends borders and will echo throughout the ages.” Perhaps Biden would care to learn more about what Desmond Tutu stood for and think twice about the millions of dollars in ‘aid’ the US sends to Israel annually.

The hypocrisy of the ‘left’

And let’s not forget Britain’s Leader of the Opposition, Keir Starmer, who tweeted on Sunday: “Desmond Tutu was a tower of a man, and a leader of moral activism. He dedicated his life to tackling injustice and standing up for the oppressed.” All this while Starmer supports the apartheid state of Israel and, under his leadership, the Party is expelling Jewish left-wingers at an unseemly rate – more the oppressor than a supporter of the oppressed.

I know Jeremy Corbyn was arrested for opposing apartheid, and is still vocal about it, as are many others, but Starmer? He is silent on the brutal occupation of Palestine while praising Israel. The man has no shame. Just as media outlets such as The Guardian has no shame – yesterday they were busy deleting pro-Palestinian comments from their website; a newspaper many of us once respected as speaking out for the left, giving a voice to the persecuted. Try getting either ex- (very ex) human rights lawyer Starmer or newspapers such as The Guardian to mention the atrocities committed by the occupation forces in Palestine or the unjust imprisonment of Julian Assange. Noticeably silent, both.

Desmond Tutu was a giant of a man who most certainly does not deserve the platitudes of intellectual half-pints.

2 thought on “The man who fought apartheid – everywhere”