The hell of Guantanamo Bay 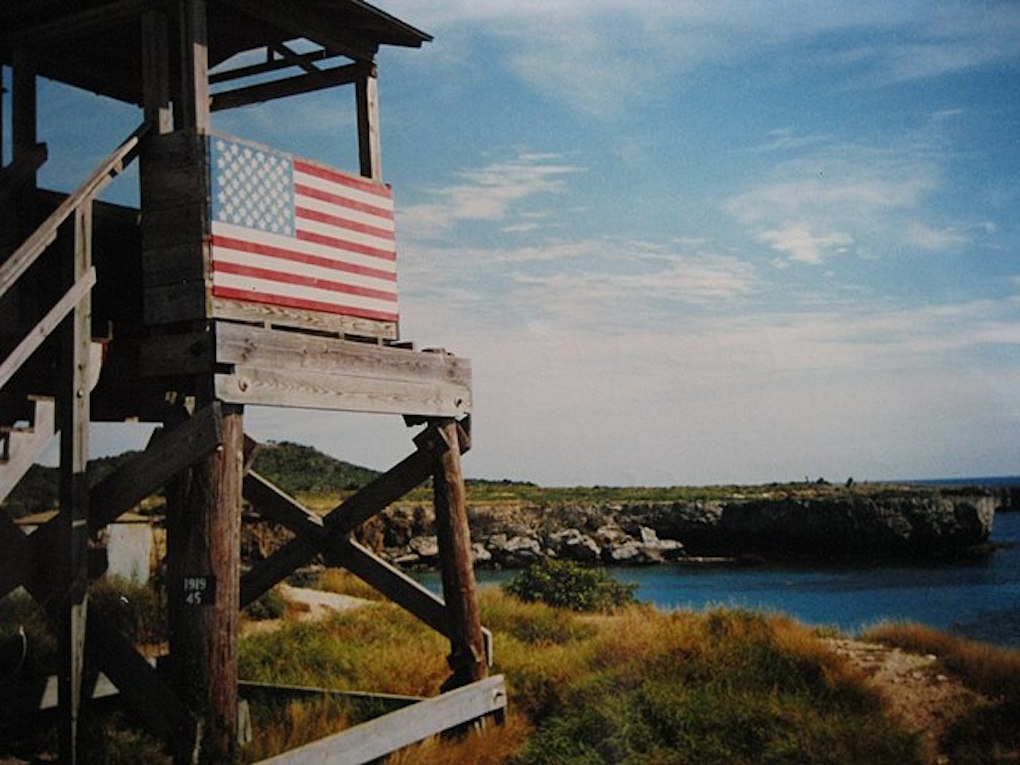 WHY does Guantanamo Bay still exist? And why is Moath al-Alwi still being held there after 20 years?

Moath al-Alwi , a Yemeni national, was captured by Pakistani forces near the Afghanistan border in December 2001 and handed over to the United States military. al-Alwi said he was not a fighter but was fleeing for his safety when he was abducted and given to the US military, who then, in January 2002, transported him across the world to the prison camp at the US Navy base in Guantanamo Bay, Cuba.

He is one of a few dozen remaining detainees at Guantanamo Bay, and has never been charged with any crime, yet remains in prison. In 2019 the US Supreme Court turned down his petition without comment.

January 11th marked 20 years since this infamous US prison was opened, in the wake of the September 11, 2001 attacks; a prison which allows detainees to be held indefinitely outside of normal laws or judicial oversight. Established during the presidency of George W Bush, four months after the September 11 attacks, the prison was supposed to hold suspected al-Qaeda members, captured during the invasion of Afghanistan in 2001.

Over the past two decades, approximately 780 men have passed through the facility, and today it holds 39 men, according to the US government’s interagency Periodic Review Board.

To date, of the 780 detainees, 732 have been released without charge, many after being detained for more than a decade without legal means to challenge their detentions. Only 16 have ever been charged with criminal offences, according to Human Rights Watch.

Lack of due process

“These are detentions that are inescapably bound up with multiple layers of unlawful government conduct over the years – secret transfers, incommunicado interrogations, forced feeding of hunger strikers, torture, enforced disappearance, and a complete lack of due process,” said Amnesty International’s Daphne Eviatar in a statement.

There was broad public consensus in the US at the end of the presidency of George W Bush in 2008 that Guantanamo should be closed. And, when President Barack Obama came into office, he declared he would close the prison, but after criticism from Republicans he failed to fulfil his promises.

Unsurprisingly, upon taking the presidency in 2016, Donald Trump opposed releases from Guantanamo, instead saying he would “load it up with bad dudes”.  In his four years in office, Trump released only one person. President Joe Biden also pledged when taking office to close the prison, but as yet his administration has released only one detainee, Abdul Latif Nasser, a Moroccan, on July 19th last year, four years after he had been cleared for transfer in 2016. Nasser was held for 19 years despite never having been charged with any crime.

However, it should be stated that Biden is said to be considering naming a special envoy at the US Department of State for closing Guantanamo, a position which was created by Obama and then eliminated during the Trump administration.

US constitutional protections of due process do not apply in Guantanamo, allowing the government to maintain secret evidence derived from torture and to hold detainees indefinitely.

Ramzi Kassem, a professor at the City University of New York School of Law, who represents al-Alwi and another detainee still being held without charge at Guantanamo, has said, “The commissions were created really to evade the normal rules that would constrain the operation of a regular civilian or military court, and specifically prohibitions on the use of tainted evidence”.

Many of the detainees at Guantanamo were first held in black sites by the CIA or elsewhere by the US military and were tortured before being transferred to Guantanamo. The US government has made no secret of the fact that torture took place in a number of cases, among them Abu Zubaydah, a Palestinian man captured by the US in Pakistan and tortured for years in a series of secret CIA prisons, according to a US Senate report.

Another is Mohammed al-Qahtani, a Saudi whose military charges were dismissed because he had been tortured at Guantanamo but who remains imprisoned despite mental illness. The youngest detainee was Canadian citizen, 15-year-old Omar Khadr, who was released in 2015 after 13 years imprisonment.

Two years later, in 2017, the Canadian government paid Khadr a 10.5 million Canadian dollar settlement and formally apologised for any role the government played in the abuses he suffered as an inmate at Guantanamo Bay, which I can’t help but feel in no way made up for losing 13 years of his life.

Of the 39 detainees remaining, 17 are being held indefinitely with no recommendation for transfer, 10 are eligible for transfer if security conditions are met, 10 have been charged by the US military, and two have been convicted.

For two decades Guantanamo Bay has been synonymous with torture, and various human rights organisations have called for its closure, amongst them HRW, Amnesty International and the International Committee of the Red Cross, all of whom have repeatedly condemned the human rights violations, including harsh interrogation methods – otherwise known as torture.

And what of Moath al-Alwi? Twenty years detained without charge, submitted to abuses we can only imagine, the man has become an artist, saying it is only when he is making art that he can forget he is still imprisoned unjustly.

Because he doesn’t have access to materials he needs for his work he asks other detainees for items they may no longer need, or parts of his own clothing. He makes model ships, using threads from his shirt and prayer caps for ropes, or yarn from a mop for thicker rope, prayer beads, old bits of plastic, and we only know of this because of an exhibition at John Jay College of Criminal Justice titled “Ode to the Sea,” which featured works made by current and former detainees at Guantánamo Bay. However, after the opening of the show at John Jay, the Pentagon stopped all artwork made by prisoners from leaving Guantánamo Bay.

A video of his work can be seen here:

With the departure of American troops from Afghanistan, human rights advocates have said it is an opportunity for President Joe Biden to fulfill his 2020 pledge to close the prison. Is he man enough to do it?

And, we’ll send you a reminder when ever we publish anything, but not usually more than once a week. And we will never share your email with anybody else.