The harsh reality of food banks 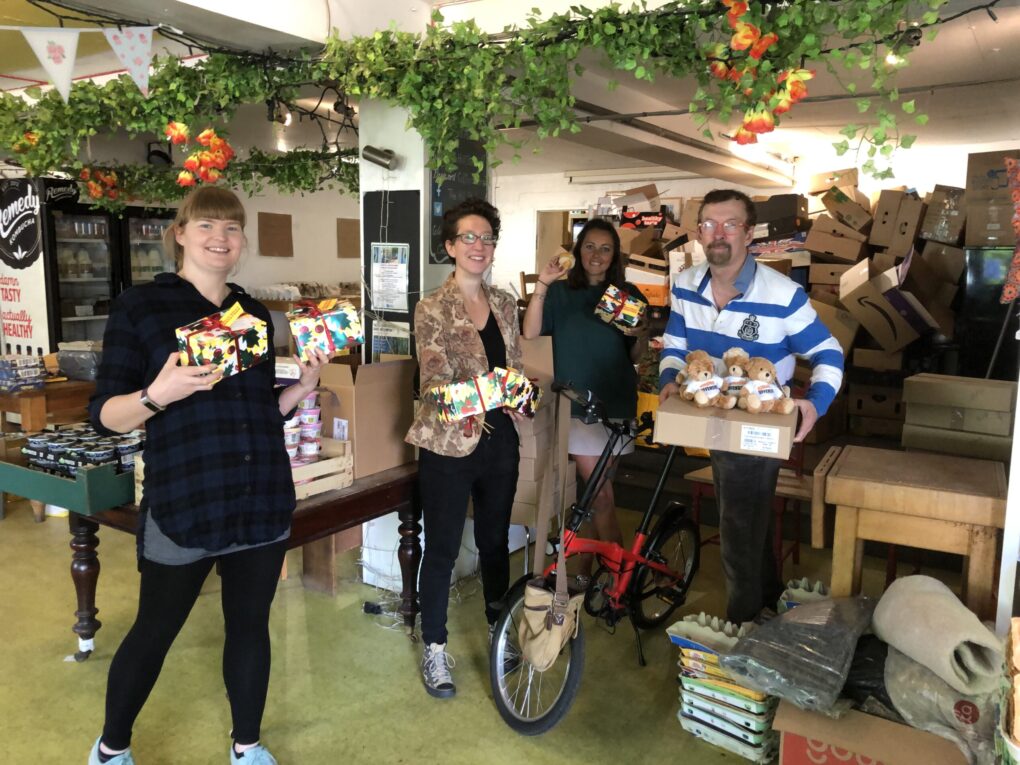 We are almost at that time of year when the press office teams at the increasingly corporate food bank operators pump out the annual reports and latest figures for the millions who were helped by their food bank operation in 2021. Their figure will give the main stream news the headline for the day. Film crews will be sent to the nation’s establishment food banks to report on the ever increasing numbers. Viewers and listeners will, as they do at Christmas, put their hands in their pockets and it will be forgotten about until next year’s figures. After all, the only news in town these days is Covid. The numbers of people dying and living on our streets and the ever-growing number of people without food in Britain 2021 is just not a story the media is that keen to report. Poverty in all its forms, you see, is just not cool these days.

The real scandal about the rise of food banks in Britain is the acceptability that it is what it is and nothing can be done about it. However, every single food bank operator in the country agrees on this single aspect: welfare reform is the cause and the 2 million people a year sanctioned (having their money stopped) for an average of 13 weeks; plus the huge numbers on zero hour contracts and the increasing health impacts of Covid. Can you imagine  how you would cope, or what you would do for 13 weeks or more without a single penny coming in?

When I started up the largest Independent food bank on New Cross Road Deptford in South London 8 years ago, I thought it would just be a stop gap; that the Government would see the problem in the system and ensure that the cause would be addressed. After all, what Government would want to be known as the one that helped establish an entire third sector due to poverty caused by its policy agenda?

What Government would want to be remembered for the mother and daughter found starved to death in a flat in affluent Bromley, South London?

What Government would want to be remembered for the elderly couple in the Midlands with disability who, when errors occurred in their benefits payments, were forced to walk 12 miles each way to secure a food bank parcel from the only food bank operator in their area, only to be told, after getting this parcel, they could not get another for 12 months. Can you begin to think about how that couple must have felt, returning home with their last food parcel and no money for food, heat or rent. Their option of taking their own lives must, should it not, be put on the doorstep of Number 10 and the Government?

Recently I attended a House of Commons meeting on food poverty, as I do most months. A panel of researchers and a woman who had helped out at a food bank spoke. There was no clear agenda, no hash tag to raise awareness beyond the confines of committee room 18. The audience, many of whom had paid £25 to attend, were probably better informed than the panel. The audience were NOT allowed to put forward ideas, examples or tell stories of what they do, how they operate or what they think needs to be done to address the cause. They were only permitted to ask a question: one only, and no more than 30 seconds, to secure the room. A token MP was rolled out to speak, it probably made them feel good that they could share on social media they were a guest speaker of the big issue of the day. Then, as the meeting drew to an end, we were told, “Thanks for coming”, or rather, thanks for your £25 ( these events, are good little earners) and they moved on to the next £25 ticket event.

I am consistently told that I am too radical, too political, too left. As a multi-award winning social entrepreneur and film maker I do understand the issues. I do my time on the front line. But is it really wrong? Am I really out of touch by campaigning to ensure the causes of Food Bank use are addressed, rather than being seen as job creation schemes or new annual awards schemes? Am I wrong to hope the Labour party supports the motion I created, calling for the next Labour Government to appoint a minister to Make Poverty History? We have 15 million in poverty, (the largest majority without a voice) accordingly to the Government’s own figures, so clearly it’s many more, and yet the Motion calling for Labour to act, which has been passed at local Labour Party CLP meetings and at Blackpool Party Conference is still not a pledge. Why? How bad must it get? Millions more are joining the ever growing ranks of Breadline Britain and London Housing Associations are seeking to lobby Government to remove the very reason they were established in order to stop housing keyworkers, people with disability and anyone in receipt of any type of benefits from access to their Social Housing.

With the removal come October of the £1040 a year Universal Credit uplift the Government is clearly going to War on the Poor, pinching the pennies from the pockets of those who have nothing, whilst seriously considering the removal of access to housing for people paid so little the idea of owning a home as likely as winning the lottery

Today, as you wander around your local supermarket you are certain to see a food collection point; 8 years ago you used to see collection points for animal foods for the local animal charity or shelter; 7 years ago they were joined by local independent food banks that served the area directly surrounding the store. Today you are unlikely to see any animal food collection points and the local Independent food bank has been kicked out and replaced by a corporate food bank operator, who, and this should shock you, then sell much of the food you buy and donate in store to the local food projects who used to be in store. The invoice for the food is then processed as a service and so VAT is added. Can you believe that food bank charities buying food from operators pay VAT?  Unless of course you have bought a franchise.

Why, you may ask, if supermarket customers are spending thousands every week giving food to instore food collections, does the supermarket not cover these  costs ? After all, they are not only securing customer goodwill, but also making a profit.

Why are people donating this food not made aware that it is then sold on, regardless of how little or much this cost may be? Food Bank Britain is becoming so entrenched and controlled that huge numbers of food banks now operate underground. For example, in Oxfordshire one operates from a graveyard, in Manchester outside a Job Centre and in the West Midlands under a motorway fly-over. This is because, dealing in food, they don’t have a cash income. In order to register with the Charity Commission you have to have £5000 income. Councils will not hand over empty buildings that in the age of austerity could do wonders. Our Deptford food bank was forced to close its premises because our rent was increased from £7,500 a year to £35,000 a year and our local Council, awash with empty buildings, would not give us use of a building or exempt us from £18,000 a year Business rate demand, even though we had 4,600 plus local people using our food bank 6 days a week.

The only solution these days for Food Banks is either to pay the Trussell Trust its £1,500 a year franchise fee to operate (you can tell a sector is big business, when you can buy a franchise) something you could get for free by just getting a copy of my book Food Bank Britain, which not only exposes the true inside story of food bank Britain, but also tells you everything you need to know about setting up your own. With 4000 Corporate Food Banks in the UK in 2021 and probably at least 1000 Independent food banks, many operating under the hash tag #SolidarityNotCharity, it is not surprising large amounts  just go off the radar, as increasingly, when small food banks do open, the red tape, health and safety and insurance regulations quickly shut them down. This results is a situation where only the big guys in this £1 billion pound a year industry can control the food poverty and food waste sector.

As you read this, 54 million Americans get food stamps; this is greater than the entire population of Spain. The USA Government , to save cash, is about to restrict the use of food banks so you can only buy what the state says you can have. In the USA at present, you can buy Coca Cola with your food stamps but NOT apples or fruit and veg. Unless you, the readers, start to raise awareness and demand ALL political parties support the appointment of a minister to truly tackle food poverty in all its forms, Food Stamps and underground food banks will be increasingly forced to go into the places we usually associate with drug crime and anti-social behaviour. Is this not a charity scandal we should ALL be demanding action on in 2021?

We Care is the only UK food bank operating 7 days a week that gets zero Government or Council funding and yet feeds  & Supports 5000 people a month.

You can watch a Short multi award winning film made through Covid lockdown about the work of We Care.

2 thought on “The harsh reality of food banks”