The Escalating War of Words Over Ukraine 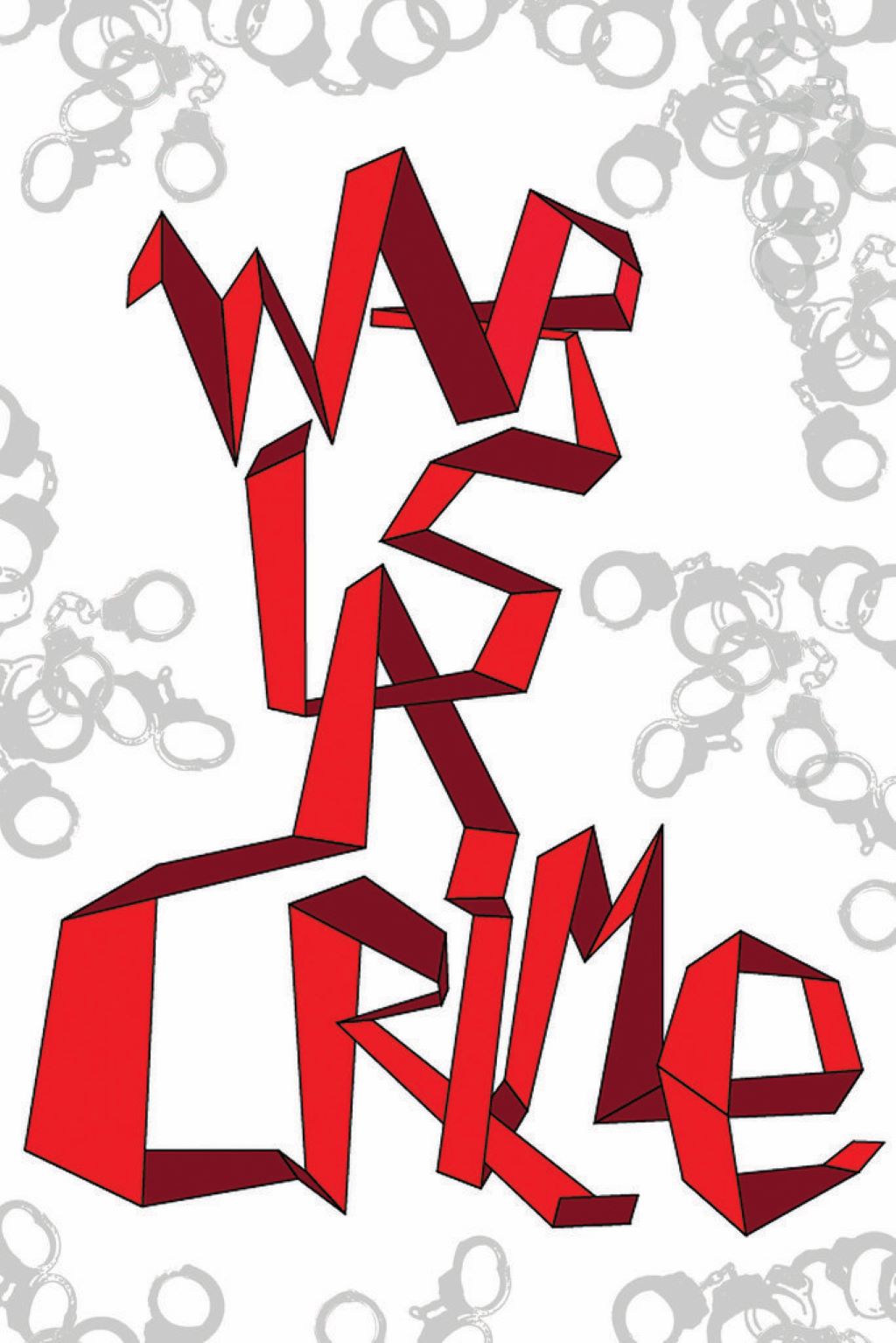 "War Crime" by Jacob Anikulapo is marked with CC BY-NC-SA 2.0.

When Dave Middleton wrote last week, in relation to reports of war crimes by Russia in Ukraine, that war itself is the crime, he was not just expressing the view of pacifist, softy, lefty snowflakes. Ernest Hemingway, no less, wrote,

Never think that war, no matter how necessary, nor how justified, is not a crime.

He went on to say that, once you are in a war, you have to win because ‘defeat brings worse things than any that can ever happen in war.’

Ukraine has certainly taken his advice to heart. Its determined resistance has seen off the immediate threat of Russian conquest and regime change. But the battle for territorial control in the South and East of the country continues. As I write this, a week ahead of publication, it would be folly to speculate on the military situation and how it will develop in the days ahead. But the war of words is certainly escalating.

The Zelenskyy government has consistently argued that they are in the front line of an ideological battle between Western values of liberal democracy and the totalitarian threat coming from the East. Although they must have known that NATO membership was a very distant prospect and that admission to the EU was a lengthy process, Ukraine’s leaders had talked up both NATO and EU membership before the invasion in order to demonstrate their desire to align with the West.

One possible outcome of the war is that NATO membership will be abandoned and Ukraine’s neutrality guaranteed, like that of Austria, who, as part of the post WW2 settlement, adopted a constitution which forbids it to enter military alliances. But EU membership is likely to be accelerated once a peace settlement is negotiated.

Once the invasion began, the rhetoric was stepped up. Now Ukraine really was in the front line, and the argument goes that, if Ukraine falls, it will not be the end of Putin’s ambition. He will target the rest of the old Warsaw pact countries, with Poland and the Baltic States most at risk. And he may not stop there.

This is the line being pushed by Ukrainian politicians as they tour the capitals of Europe. It aligns with the statements coming from some NATO hawks and it has had an impact. Polls carried out in six EU countries: Spain, France, Italy, Germany, Netherlands and Greece, found a majority of the public believed that the war in Ukraine increased the threat to their own countries. Hence the remarkable degree of unity between EU and NATO countries over the need to apply sanctions to Russia and supply arms to Ukraine.

It is possible to challenge this rhetoric. Indeed Critical Mass has done this since the war began, alongside Stop The War, CND, and much of the extra parliamentary left. But our reach is small compared to the superstar status accorded to Zelenskyy by much of our media. And with the Labour Party hardening its pro-NATO position and whipping Campaign Group MPs into line, opinion in the UK is probably similar to that of our European neighbours.

The rhetoric is now being stepped up as a result of revelations of Russian atrocities against the population in areas which have been retaken by Ukrainian forces. Rape, torture and massacre of civilians are war crimes, and the perpetrators deserve to be tracked down and prosecuted. But Zelenskyy has declared that these crimes are evidence of genocidal intent by Russia towards Ukraine. Speaking at the UN, he said they are ‘the most heinous war crimes of all time since the Second World War.’

Nazism was not unique

Equating Putin to Hitler ups the rhetorical ante. The popular view is that Nazism was a unique aberration, marked by genocide and unprecedented levels of war crimes against civilian populations. Hitler fooled a lot of people, and it took a world war to stop him. Zelenskyy’s message to the UN was essentially, don’t get fooled again. Join Ukraine in its war against the new Hitler.

But there is plenty of evidence that Nazism was not unique. Both fascism as a political ideology and the Nazis’ inhumanity have found plenty of imitators since the end of World War 2. I grew up in the era of the Vietnam War when the USA used napalm on civilians and chemical weapons like agent orange which caused birth deformities. Whole villages were massacred and Viet Cong detainees were tortured and executed. British troops behaved abominably during the uprising in Kenya from 1952-60. The civilian population of Algeria suffered atrocities at the hands of the French during their struggle for freedom.

Pol Pot in Cambodia, the Contras in Nicuaragua, national liberation struggles in Mozambique and Angola against the fascist regime in Portugal, ethnic cleansing in the War of Succession in former Yugoslavia, the current war in Yemen, Israel’s apartheid against Palestinians, wars in Afghanistan, Syria, Somalia and Eritrea, Chinese treatment of Uighurs, Myanmar’s treatment of the Rohingya . . . I could Google some more, these are just the ones that spring immediately to mind . . . Putin in Chechnya and Georgia, Turkey versus the Kurds, the Iran-Iraq war . . . the litany of evil goes on and on. Are Russia’s actions heinous? Yes. Are they more heinous than all of these? I don’t think so.

The danger of such rhetoric

The reason why the escalating rhetoric from Ukrainian sources is so dangerous is twofold. One it diminishes previous catastrophes in ways which are offensive to those of us with long memories and makes it tempting to dismiss legitimate Ukrainian claims as hyperbole. We saw this in the recent vote to remove Russia from the United Nations Human Rights Council. Although it was passed by 93-24 with 58 abstentions, these votes were far fewer than those cast by the 140-plus members who supported resolutions last month to blame Russia for the humanitarian crisis in Ukraine, protect civilians and call for an immediate cease-fire.

Two: much is made of this being an atrocity that is happening in Europe. It does not yet match up to the treatment of Bosniak Muslims by Serbian forces in 1995, but they were Muslims, after all. This atrocity is happening to people like us, white Europeans. And it is the white European heads of state in the EU and NATO who risk us being drawn into ever closer conflict with Russia.

Putin is wrong. His war would be a criminal endeavour even if his forces had not committed war crimes. But we have to deal with him, not destroy him, unless you are prepared to countenance the mutually assured destruction of a nuclear war.

Zelenskyy is a courageous leader, and the Ukrainian people have fought valiantly. But they are not all paragons of virtue. Azov Battalion anybody? And the Yemenis, to take one example, must wonder how it is that Western powers, primarily the UK and the USA, who have been arming their Saudi oppressors for the last eight years, are able to present themselves as defenders of freedom in Ukraine.

Escalating the war of words risks escalating the real war of bombs and bullets and even nuclear weapons if more nations get involved. We have no difficulty dismissing Putin’s excuses and obfuscations. But Russia does not have a monopoly on lies, any more than Ukraine has with the truth. The alternative is to tone down the rhetoric and amplify the voices for a ceasefire and a negotiated peace settlement. For that to happen we have to challenge the current perceptions and question the language being used by the protagonists.