The climate crisis is here, but energy giant Shell has Jackdaw plans approved 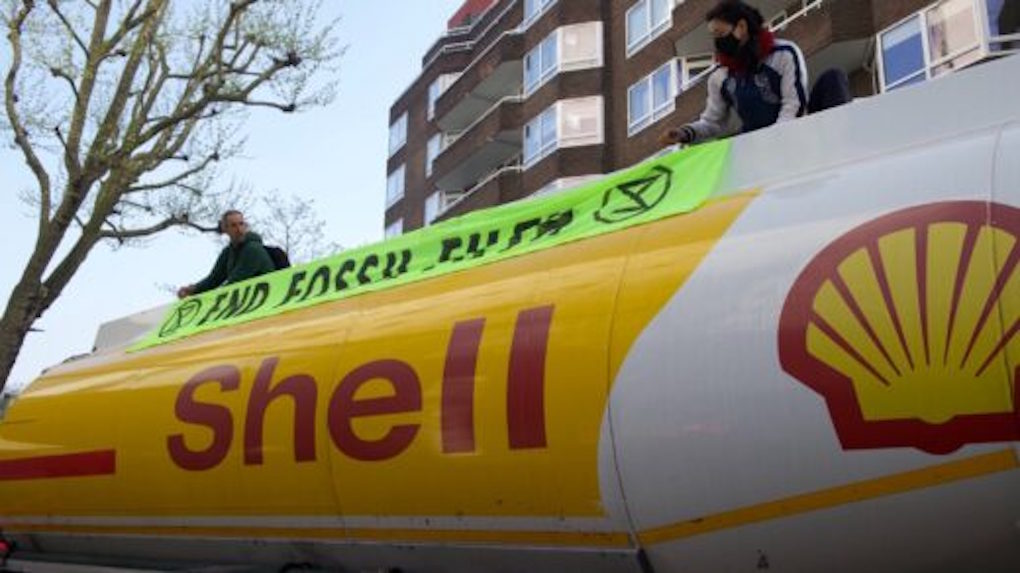 JUST last year plans to develop the Jackdaw gas field in the North Sea were rejected after the government considered the environmental impact, but yesterday energy giant Shell was was given the green light to go ahead with the project.

Jackdaw, about 240km east of Aberdeen, is part of the Shearwater hub – the Shearwater, which is located approximately 30km northwest of the Jackdaw field, has been producing since 2000. This means much of the infrastructure is already in place. When OPRED (Offshore Petroleum Regulator for Environment and Decommissioning) denied Shell permission last year, the regulator questioned why Shell hadn’t opted to tie back the field to the Harbour-operated Judy installation, instead of the proposed route via Shearwater.

Shell, meanwhile, argued that Shearwater offered both “a slightly lower risk option in terms of brownfield modifications” and “that there were no significant environmental differentiators between the two options”.

Yesterday’s decision allows Jackdaw to produce via a new 31km 12” pipeline to the Shearwater platform. Fluids will be processed there, with gas exported via the Fulmar Gas Line (FGL) and condensate via the Forties Pipeline System (FPS). The approval is contingent on four additional requirements, which relate to limiting and controlling CO2 venting as a result of the development.

This includes adding a meter to the new amine unit vented emission point, and a requirement that wells related to other fields tied back to Shearwater must be phased so as to minimise the cumulative mass of CO2 vented from Shearwater over Jackdaw’s field life. In addition, the design of the Jackdaw platform must include “space and weight capacities and J-tube to accommodate an electrification retrofit should green power become available”.

Shell, of course, has stated that “responsibly produced, local gas production plays an essential role in the UK’s transition to net zero” and formed part of its broader “intent” to invest £20bn to £25bn in the UK over the next decade, but environmental groups and activists are not buying it.

Why not invest in renewables?

They are understandably angry at the decision to go ahead with a project which will cause much damage before any gas is ever seen; angry at Shell and angry at the government for its continued support for the fossil fuels industry, despite the government’s adoption of a legally-binding 2050 ‘net zero’ emissions target.

Ami McCarthy, political campaigner for Greenpeace UK, who are looking into legal action to stop this, said: “Approving Jackdaw is a desperate and destructive decision from Johnson’s government, and proves there’s no long-term plan.

“They could immediately shave billions off bills, get a grip on UK energy demand, create thousands of jobs, boost our economy, tackle the climate crisis and avoid future crises – if they just upgrade homes to be warmer and greener, and invest in clean and cheap renewable power.

“But instead, once again, they’re handing out lucrative permits to the likes of Shell for a project that won’t start producing gas for years, that won’t lower our bills, but will create massive emissions causing deadly flooding and wildfires, and mass migration from people fleeing the climate crisis.

“This government’s shown no regard for these emissions, or Jackdaw’s ultimate climate impact. We think that’s unlawful, we’re looking at legal action to stop Jackdaw, and fight this every step of the way.”

The StopCambo group (Cambo is yet another North Sea oil and gas project waiting for government approval) have been fighting this decision for months and are now stepping up their action, with protests yesterday in London and Edinburgh. They are also asking people to email their MPs and tweet #StopJackdaw.

As they say, this isn’t about energy security. If it was, we’d be insulating homes and focusing on renewable energy. No, this is about Shell making as much money as they possibly can while despoiling the planet.