The Cats on our Street 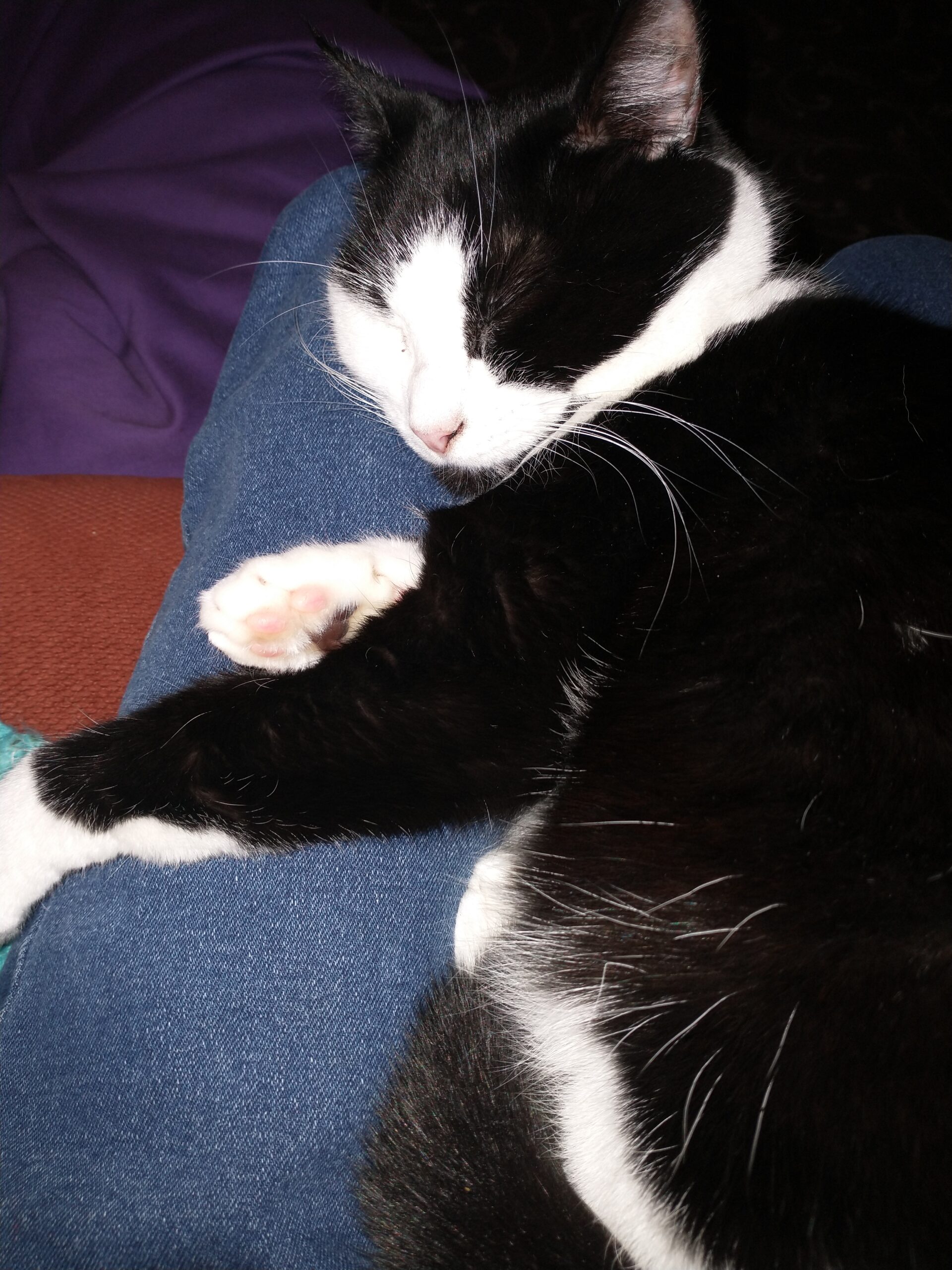 You should see the cats who live on our street,
They’re fierce and sleepy, they’re aloof and sweet.

Sparky ruled the road with an iron paw,
Patrolling his territory til his pads were sore

Today he has grey whiskers on his jet black brow
And he’s more or less retired now.

These days he lazes on the roof of his shed
Snoozing next door in the sunshine instead.

Though if that human hand goes out of his sight,
Grumpy puss can’t resist the great urge to bite.

Nearby on our road are two silver kittens,
They have tiny white paws like socks and mittens.

We once saw one get chased by the apricot cat
But he lost kitty in a bush so luckily that was that.

Mostly they play and chase on their grass,
We watch them pounce on each other whenever we pass.

The cat round the corner is the colour of peach,
We’d love to stroke him but none of us can reach

Because just like Sparky, he lies on his roof,
A perfect cloud of peachy floof.

He eyes us suspiciously as we wander by
And I swear he’s relieved that he’s up that high.

Plump puss Holly lives a few doors away,
We see her almost every day.

Sometimes she’ll let us stroke her head
But then swiftly returns, back to her bed

Cause Holly never ventures far
But prefers to sleep beneath her car.

We too have a cat who’s perfectly charming
But finds almost all other cats quite alarming.

When she saw Holly outside, our cat charged in a rush,
Her tail as thick as a toilet brush.

And I swear I heard our cat growl, “No!
This isn’t your bloomin’ garden, you know!”

We heard our cat scratching over the floor
As she launched herself through her cat-flap door.

She flew down the garden and up over our shed
But Holly had a head start and was off, back to bed.

Our cat disappeared for five minutes or so
Then returned looking pleased she’d forced Holly to go.

We have to presume there had been no scrapping
‘Cause we walked to Holly’s house and found her there, napping.

Neither cat had scratched face nor was a tattered sight.
We’ve learned their meow is worse than their bite.

Every evening our cat’s back here on my knee
And I have soft, purring lapful of our Rosemarie.