The Arms Trade – Profits from Killing 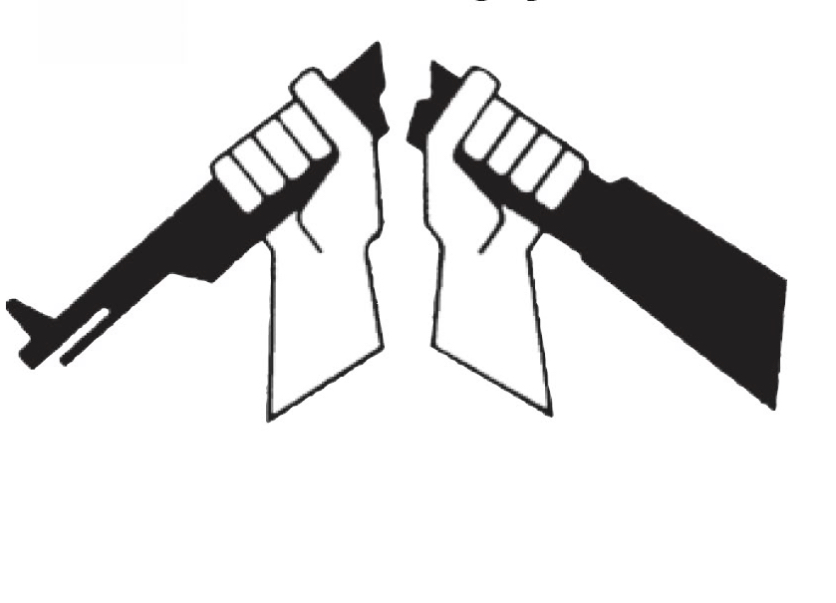 The arms trade profits from war; that’s a fact. The weapons which we trade are specifically manufactured to kill, torture and maim and are often bought by corrupt, brutal regimes with scant regard to the arms export regulations. They may be, and are, used to perpetuate proxy wars.

This article provides an outline of some of the issues involved and includes a few of the many possible examples of the promotion of this trade, the profits to be made, some of the implications, action to oppose it and the complicity of a number of corporations who have links with the companies dealing in these unspeakable products.

Arms corporations often have close involvement with members of the government and the UK supports the global arms trade by hosting arms fairs. The largest arms fair with the most prestige is the Defence and Security Equipment International (DSEI) which takes place every two years at ExCel in London.

Representatives from regimes which oppress, torture, murder and carry out human rights abuses are made welcome. This year there are delegations from 67 different countries who have been invited by the UK government.

Wars are Closely Linked to the Heartbreaking Predicament of Refugees

Our weapons are used in wars which result in death, starvation, disease, injury and displacement.

The refugees created in these wars flee in search of a new life and sanctuary. They often have long, hazardous journeys and demonstrate amazing courage, initiative and ingenuity en route, only to then face our hostile borders where they often find little help, understanding or compassion, certainly not from the political establishment.

It seems obvious that we are complicit in their suffering, due to the greed of arms manufacturers and the UK’s promotion of arms sales in the name of profit, yet this logic is beyond the understanding of our government.

The Stockholm International Peace Research Institute published data that shows the largest importer of arms from the UK between 2016 and 2020 was Saudi Arabia. These sales were valued at £1,489,000,000.

There has been an ongoing war in Yemen since March 2015 when the Saudi led coalition intervened. In addition to country-wide destruction of vital infrastructure, thousands have been killed; Aljazeera published an estimate of 130,000. Yemen was already the most impoverished country in the Arab world and there is now untold suffering, often overlooked by our biased media.

We also profit handsomely from arms sales to Israel, despite their illegal occupation of the West Bank, Gaza and East Jerusalem and the unlawful killing and abuses of human rights.

Between 2011 and 2015 we issued export licenses for arms sales to Israel worth £67,000,000, a figure which rocketed to £387,000,000 between 2016 and 2020. In addition, we sell components for stealth fighters and other weapons of war manufactured in the US; these sales bring in hundreds of millions of pounds to UK companies.

At the same time, Israel has itself developed a sophisticated arms industry and has become one of the leading exporters in the world. In 2019 Israel was named by the Stockholm International Peace Research Institute as the world’s eighth largest exporter of arms, with its greatest purchasers being India, Azerbaijan and Vietnam.

The arms industry is complex and growing fast. The figures and complexities of this vile global trade are well-documented by CAAT (Campaign Against Arms Trade) caat.org.uk. CAAT is a reliable source of background information, up-to-date statistics and case studies.

Opposition to the arms trade is well-established in the UK and in many parts of the world. In addition to CAAT, some of the organisations involved include Amnesty International, War Resisters International, the Society of Friends, Palestine Action, Palestine Solidarity Campaign and Pax Christi.

Groups and individuals have undertaken direct action and have risked lengthy prison sentences. In 1996, 10 women disarmed a Hawk aircraft which was due to take action against civilians in East Timor. They were part of the Seeds of Hope group and were charged with criminal damage, spent 6 months in prison on remand but were acquitted of all charges.

“The jury’s verdict showed that ordinary people, when presented with the facts, can see that extraordinary action is justified when one’s government is engaged in criminal behaviour.” https://wagingnonviolence.org/2015/10/seeds-of-hope-east-timor-ploughares-book/

The tradition of direct action has continued over the decades and May this year saw Palestine Action protestors shut down a subsidiary of Elbit Systems in Leicestershire. This Israeli arms company  produces drones linked to the killing of children in Palestine. https://www.aljazeera.com/news/2021/5/21/pro-palestine-activists-shut-down-uk-drone-factory

In many cases opposition has proved successful, with manufacturing disrupted by direct action, pressure exerted on MPs, local councils and retailers and courageous court appearances.

CAAT activists are not strangers to legal action, which over the years has involved successful proceedings against both BAE Systems (Britain’s largest arms manufacturer) in 2007 and the British Government in 2020/2021.

In Liverpool, a city renowned for its challenges against injustices, there has been outrage and a wave of protest against the 2021 arms fair; protest which has received a great deal of support from the people of Liverpool.

Demonstrations have continued in London against the DSEI arms fair. Recently the east gate to Excel was successfully blocked by a group of protestors. Action of various kinds is continuing for a week and involves a range of individuals and organisations. Even Sadiq Khan, Mayor of London, has spoken out against this event.

The Complicity of Financial Institutions and Businesses

Global financial institutions are often heavily involved in the arms trade. Many banks, often those popular on the high street, pension funds, investment schemes and companies which manufacture household products are linked to the arms trade.

Many people buy washing machines, for example, which may be made by companies with links to the arms trade and the military. Bosch, Samsung and Siemens are three examples. A number of banks have for years also had a role in the arms industry and have financed a range of projects from the manufacture of nuclear weapons to the supply of arms to countries involved in the war in Yemen.

Many banks have backed corporations which provide weapons to Israel. Ethical Consumer has researched many of these links and reveals which companies are involved in the manufacture and supply of arms.  Ethicalconsumer.org

Many words have been spoken about weapons. Bertold Brecht stated it simply: “Hungry man, reach for the book: it is a weapon.” I am sure this East German Marxist playwright would be unlikely to sit happily with a late 20th century American president and I am surprised to find myself quoting one in the same breath as I quote Brecht. There is much that was controversial about Clinton’s presidency, though, when he was in office, there was relatively speaking a more peaceful era. His words at least are ones we could heed: “We must teach our children to resolve their conflicts with words, not weapons”.

3 thought on “The Arms Trade – Profits from Killing”