The 12 Cover Versions of Christmas 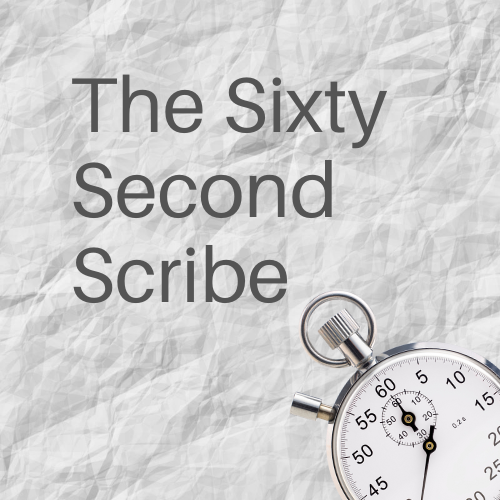 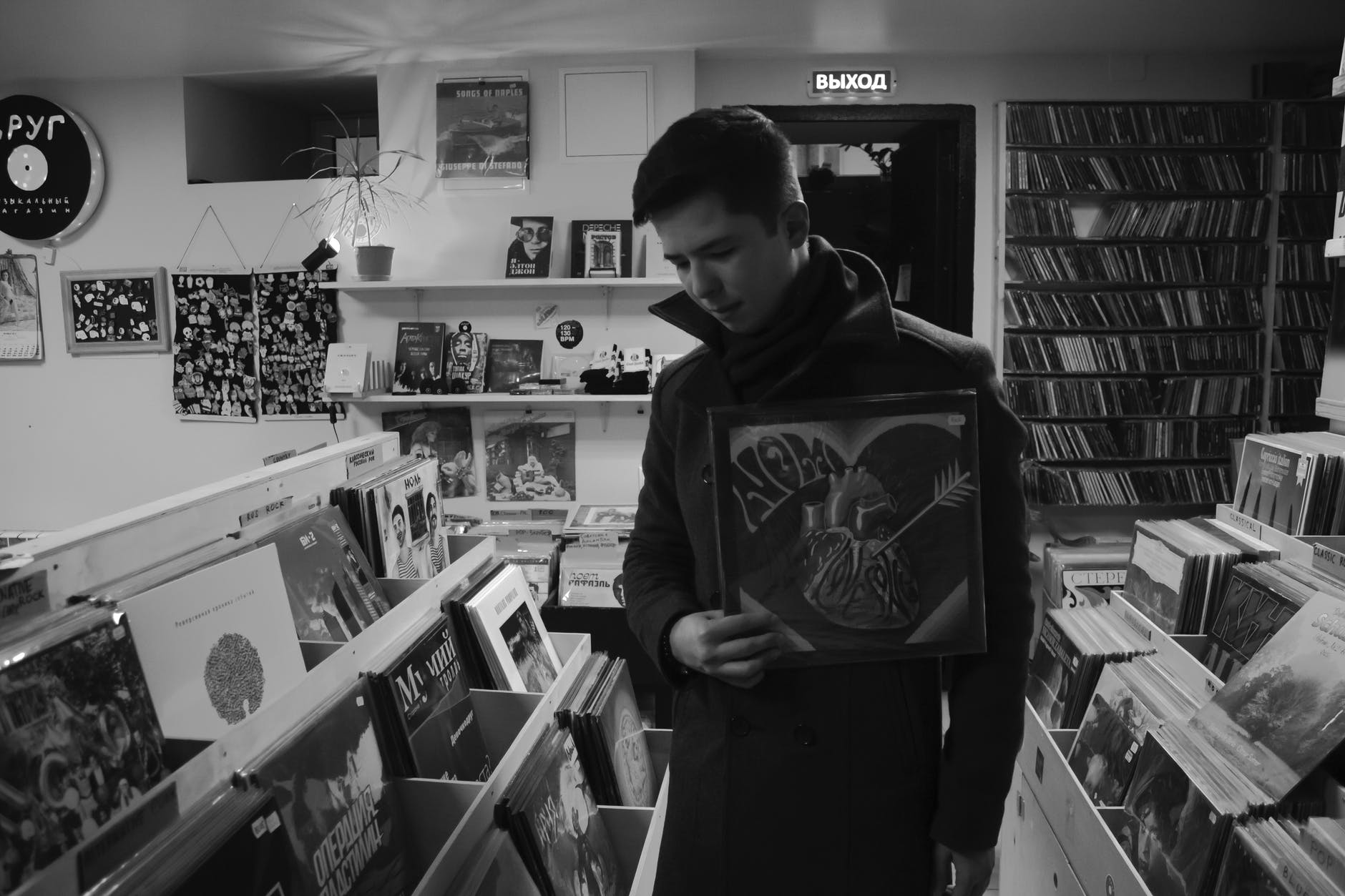 Choosing music is obviously a very personal thing, and on a different day many of these may not have made the cut and been replaced by something totally different. Anyway, as it stands today, these are my favourite cover versions (and clearly nothing to do with Christmas, although they are definitely cover versions) – I hope you enjoy them.

It’s rare that the Ultravox classic is discussed without the mention of Joe Dolce, but in reality, it should probably never be mentioned without dropping Vic into the conversation. I believe this was originally created as part of the NME’s Ruby Trax compilation, and it is probably my favourite cover version of all time. It manages to combine the most wonderful lyrical misunderstandings with the cheesiest music, and does it all in such a thoroughly English way, which I’m guessing is pretty incomprehensible to anyone not familiar with these shores. I sing the original version in a band on occasion, and it’s a fantastic song, but it’s always Vic that’s accompanying me inside my head.

Work is a Four Letter Word – The Smiths

The heady days of 1987 bring back some significant memories – The Smiths were coming to the end of their line as a band, and it’s often suggested that this track may have hastened their demise. If you were a male teenager, sitting outside the mainstream in the mid-eighties, then there’s a fairly good chance that Stephen Patrick Morrissey was important to you – he certainly was to me, even if in recent years, he’s turned into something of a disappointment politically. So if you’re The Smiths and you want a new track to go on the b-side of Girlfriend in a Coma, then what else would you do but cover a Cilla Black song? Marr wasn’t pleased, Morrissey presumably was, and the band split up soon afterwards, but I’ve always felt that this song was part of a fitting epitaph. It’s disturbingly listenable and it’s still relatively unknown, even amongst some Smiths fans.

In My Life – Roddy Frame

Covering The Beatles is always a tough thing, particularly if you’re not doing anything drastically different with it. Earth, Wind and Fire transformed Got To Get You Into My Life and did it so well that most people aren’t even aware that it was a Beatles song, but often Beatles covers don’t stand up to much scrutiny. I first heard the Aztec Camera frontman singing this on a CD from the cover of Uncut Magazine, and I just thought it was one of the most beautiful things I’d ever heard. It still is.

The Man with the Child in his Eyes – Hue and Cry

This is another song that I think you’d have to be pretty crazy to try and cover, because the original is so sublime, but I think it fits Mr Kane’s voice so well that somehow it just works. The song was written by Kate Bush when she was just 16, and was her second top ten single in the UK, but it’s this cover version that I come back to over and over again – the simplicity of the piano accompaniment that sits underneath the voice is just gorgeous, and it more than does the original justice.

Walk on By – The Stranglers

The Stranglers were an odd bunch – pub rockers who took a ride on the coat tails of punk, despite being pretty ancient in music terms before the first safety pins appeared in public. Whatever you might think of them (and I’ve always been really fond of them anyway) it was probably not expected that they would do a cover of an old Hal David/Burt Bacharach song originally made famous by Dionne Warwick, turn it into a six and a half minute epic and take it to number 21 in the UK charts. With long guitar and organ solos, Buzzcocks this was not, but it’s brilliant, and also opened the eyes of a ten-year-old me to the wonders of Bacharach, so I’m always grateful for it. (As a side note, I once bought a packet of chewing gum from our village post office while standing next to Stranglers’ keyboard player Dave Greenfield, who lived in the same village. I was taller than him when I was 11 – which I’ve always had on my CV.)

This is probably better known from the Soft Cell cover version from the early eighties, but this song, originally performed by Melinda Marx, daughter of Groucho, really came to life in what went on to become a true Northern Soul foot stomper, guaranteed to fill the floor at any all-nighter. The Northern Soul scene was always an odd one in terms of the musical artists – a DJ or dancer would find an old, relatively obscure record and it would become a staple of the scene, but the artists themselves would often be completely oblivious to their success in that world. This was one such record – it was released as a 1968 b-side, and Street was unaware of just how important this song was to many people for decades – it was only in 2005 that she started to feature on the circuit in person. A great song and wonderfully danceable.

Stop Your Sobbing – The Pretenders

A great track that came out of the UK/US post-punk scene, this cover of the Kinks track was the Pretenders’ first single, and turned out to be truly transformational for the key people involved. Kinks frontman Ray Davies and Pretenders’ singer Chrissie Hynde ended up in a relationship as a result, and had a child together. It’s a gorgeous song – probably overlooked as part of The Kinks output, but under Hynde’s control becomes something stronger. I do love her voice, and would probably have included another Ray Davies cover ‘I Go To Sleep’ here, but I don’t think it was ever actually released, so doesn’t quite count.

If this doesn’t move you, then you’re probably already dead. The Nine Inch Nails’ original is a masterpiece, and I’ve seen this covered live by a number of different bands, but there is something about Cash’s delivery here that is truly remarkable. Trent Reznor was writing about deeply traumatic period of his life, and it’s a deeply personal song, and yet, aware that he was reaching the end of his life, Cash delivers a performance that seems so naked and raw that I’m not sure I’ve seen anything comparable. Glorious.

Nights in White Satin – The Dickies

When I was nine or ten, I bought a vinyl album from Woolworths (who would have thought back then that vinyl would be the one of those two who would survive?) called We Do Em Our Way, and it was an album made up of bands I’d often not heard of covering songs I’d not heard of either. The cover had a Mona Lisa type picture but with safety pins through her nose, which clearly intrigued me enough to make me fork out my pocket money for it. One of the highlights of that album was this version of the Moody Blues’ classic, and while it fits the standard lazy punk idea of ‘choose a classic and play it faster’, there’s something about this one that has always stayed with me. It has an energy that belies the simplistic nature of the idea, and one that I still play on occasions even today. Certainly more than I play the original anyway, and that seems like a good enough reason for inclusion.

Twist and Shout – The Beatles

When I was about five or six, I was given my older sister’s record player, as she’d got a new one. I had no records of my own, so was playing my parents’ vinyl, and there are two records that I think played a major part in my musical upbringing. One was a 78 that had Perry Como’s Magic Moments on one side and Bing Crosby’s Catch a Falling Star on the other. The other was the Twist and Shout EP, with the title track being a cover of The Top Notes and it was this one (massively assisted by A Taste of Honey as one of the other tracks) that sends shivers down my spine to this day. The harmonies (oh the harmonies!!!), the excitement and most of all, the fact that you can hear just how much fun they’re having recording it – that changed my life and I’m so very pleased that it did.

I really liked the idea of this – rather than some modern, noisy band making a noisy cover of an old classic song, here you’ve got an old classic (sorry Paul) making a cover of a modern, noisy band’s song. The Soundgarden original was top of the American charts for seven weeks, so this was a song that was pretty ingrained in the public consciousness, but Anka’s cover took the song and just made it swing. Paul Anka recorded his first song in 1958 and did this song as part of his Rock Swings album almost 50 years later and it, and the album as a whole, is a wonderful listen.

How Soon is Now – Tatu

Just as you don’t cover The Beatles unless you’re feeling really confident, you really don’t cover The Smiths unless you’re crazy, and everything suggests that Tatu probably fitted that bill quite well. The Russian duo released this with their 2003 Eurovision entry, which perhaps indicates that Johnny Marr wouldn’t ever have been too impressed with it, but I would suggest that it’s far better than it was ever given credit for, and in my opinion, it’s the best Smith’s cover I’ve heard.

Anyway, that’s my top 12 – let me know what you’d have chosen in the comments beneath. Festive Greetings to you all xx.

Pondering life and all it’s wonders, sixty seconds at a time. Generally trying to be positive and amusing, but usually ending up ranty and cross. Has been known to put things to music, or to produce works that are considerably longer than sixty seconds, so be warned.

https://sixtysecondscribe.com for books and things.