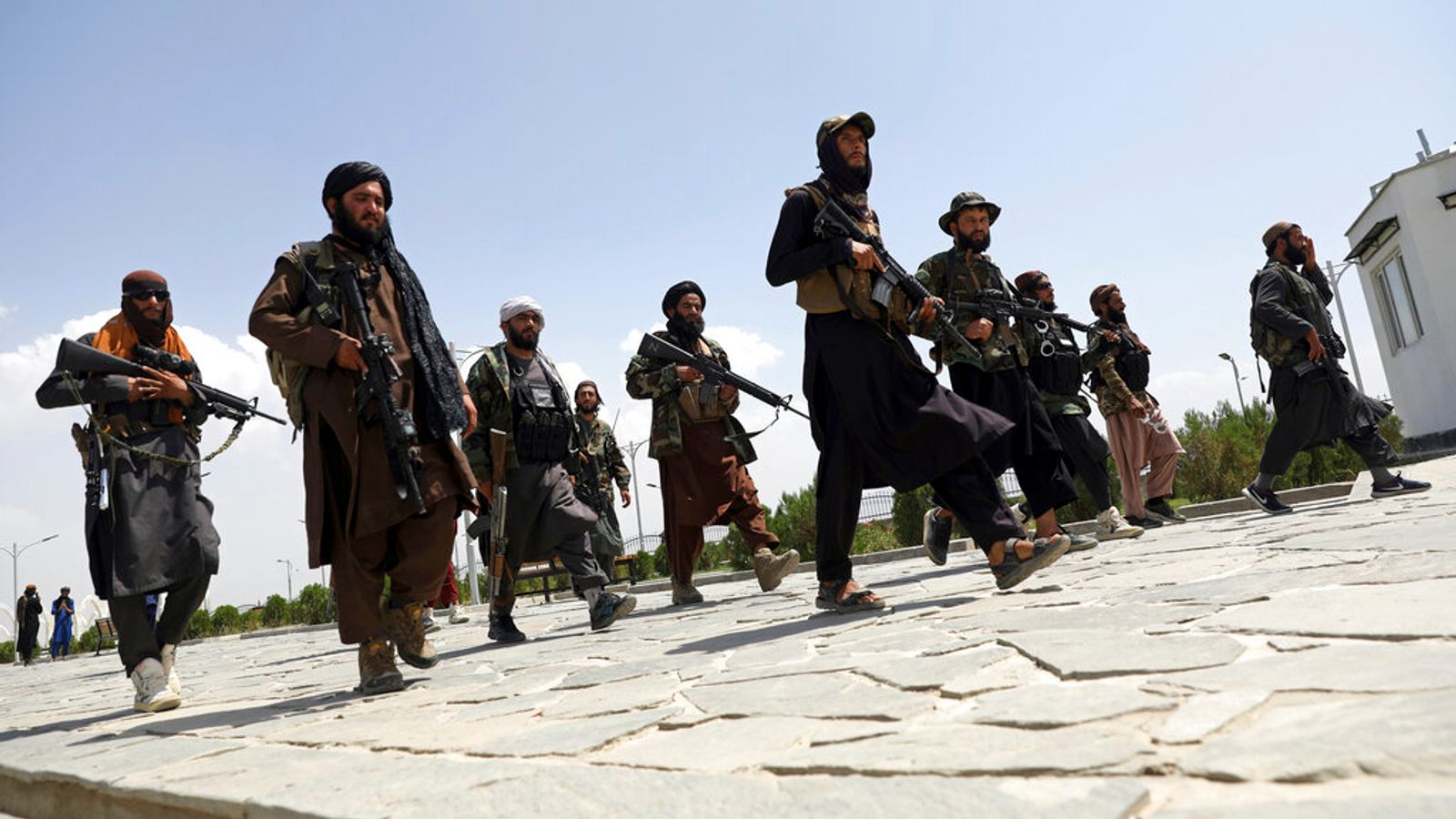 SINCE the departure of  US and UK forces from Afghanistan, beginning in 2014 with the final withdrawal a little over a month ago, the mainstream media appear unconcerned as to what is happening in the country they invaded with the intention of dismantling the Taliban and left 20 years later having not achieved that goal.

Twenty years of unnecessary hardship, suffering and deaths all meant to end what the US and UK saw as a terrorist threat. Although the vast majority of British troops left Afghanistan in 2014, about 750 remained, mainly in a training and advisory role.

Changes were made while our troops were there, especially for girls and young women, but the hope these people had has been snatched from them with the hasty exit of the US, followed, as per usual, by the UK.

Silence from the west

In just the first week after the evacuations many atrocities were committed – and are still being committed – by the Taliban against civilians, but oddly (or perhaps not so odd) the west remains silent.

Although theTaliban in Afghanistan have publicly promised to protect minorities and women, their teams have a deeply ideological/religious view on human rights. Like the Islamic State (ISIS), most Sunni groups in South Asia, including the Afghan Taliban, do not considerShi’ites to be Muslims. They continue to persecute Shi’ite communities with reports from citizens on the ground of beatings, kidnappings and killings.

Kabul-based journalists and civilians have shared videos of the Taliban’s brutality against Afghan government officials, military officers and soldiers, and ethnic minorities some of whom have been executed on the side of the road, others in their cars, while others have been more public.

Just a couple of examples here:

Journalist Waheed Paikan noted the killing of one Haji Mullah by Taliban mujahideen despite being pardoned initially. Paikan wrote: “The Taliban shot dead the… government commander in Badghis province. His name is Haji Mullah… Taliban pardoned him a few days ago and gave him an amnesty, but he was shot.”

Similarly there was the killing of an Afghan soldier by the Taliban after he was pardoned. Col. Darwesh, a 29-year-old who served in the 8th Battalion in Helmand province, was granted amnesty by the Taliban, but later they knocked on his door, took him on the pretext of helping a patient at a hospital and killed him, according to eye-witness reports.

Obaidullah Baheer, a lecturer at the American University of Afghanistan, reported that a government attorney had been dragged out of his house in Jalalabad by the Taliban fighters and was later found dead. The Taliban movement “really has to stop these killings if they want to win trust,” Baheer tweeted.

US and Taliban meeting

Killings such as these have not been given much importance in the national and international media, which has instead been focused on the Taliban’s efforts on government formation in Kabul. Representatives of the US and the Taliban met in Qatar’s capital Doha on Saturday and Sunday in what was the first face-to-face meeting between the Taliban and US representatives since US forces left Afghanistan on August 10.

According to US State Department spokesman Ned Price, the meeting between US and Taliban representatives in Doha discussed issues of national interest, including terrorism, the safety of foreign nationals and women. However, Taliban Foreign Minister Amir Khan Muttaki warned the US not to try to destabilise Afghanistan. He said that having good relations with Afghanistan would be a win-win for all.

After the meeting the US made it clear that it will not recognise the Taliban government. However, they say they are ready to help the people of Afghanistan who are in trouble. Presumably this comes under their statement that America will provide humanitarian assistance to Afghans and facilities for other humanitarian organisations to deliver aid. At the same time, the US says that the Taliban will be judged on the basis of their actions rather than their statements. But the US has been strangely reticent when it comes to the Taliban’s actions.

Taliban in favour with many

We mustn’t be fooled into thinking that all Afghanis are against the Taliban, for they are not. Under the previous government, corruption was rampant and crime rates were high. Since ousting the US-backed administration and storming to power in August, the Taliban have gained favour with many for meting out swift and brutal ‘justice’ under the group’s strict interpretation of Sharia law.

The Taliban, however, do appear to at least be trying to manifest itself as a law-abiding force. And this they may be, but it is their laws they wish the citizens of Afghanistan to live by. Mawlavi Abdullah Mohammad, the director of the Ministry of the Propagation of Virtue and Prevention of Vice, has said their role is to encourage Afghan people to embrace Islamic rule and that there are strict rules on how they can do that.

“We [act] with accordance to Sharia law,” said Mohammad. “Firstly, we inform people about good deeds. We preach to them and deliver the message to them in a nice way; the second time we repeat to them, again; the third time we speak to them slightly harshly.” I’m not sure beatings and killings can be seen as ‘speaking harshly’.

It’s not only women and girls for whom life has changed, for gays it is increasingly dangerous. Life for gay people was always difficult and dangerous in Kabul and beatings from the Afghan police under the previous government were also common. But many say they are now afraid to leave the house for worries they will end up dead.

A little over a month after most of the international community fled Afghanistan on evacuation flights, the brutality we saw during the Taliban’s previous reign in the late 1990s is evident once more. The only difference appears to be that the Taliban are now astute enough to know how their medieval actions appear to the rest of the world.

Unfortunately for those still living under the regime it just means the brutality might be slightly more hidden than before. It’s early days however, so the world can only watch and wait.

One thought on “Taliban atrocities continue”