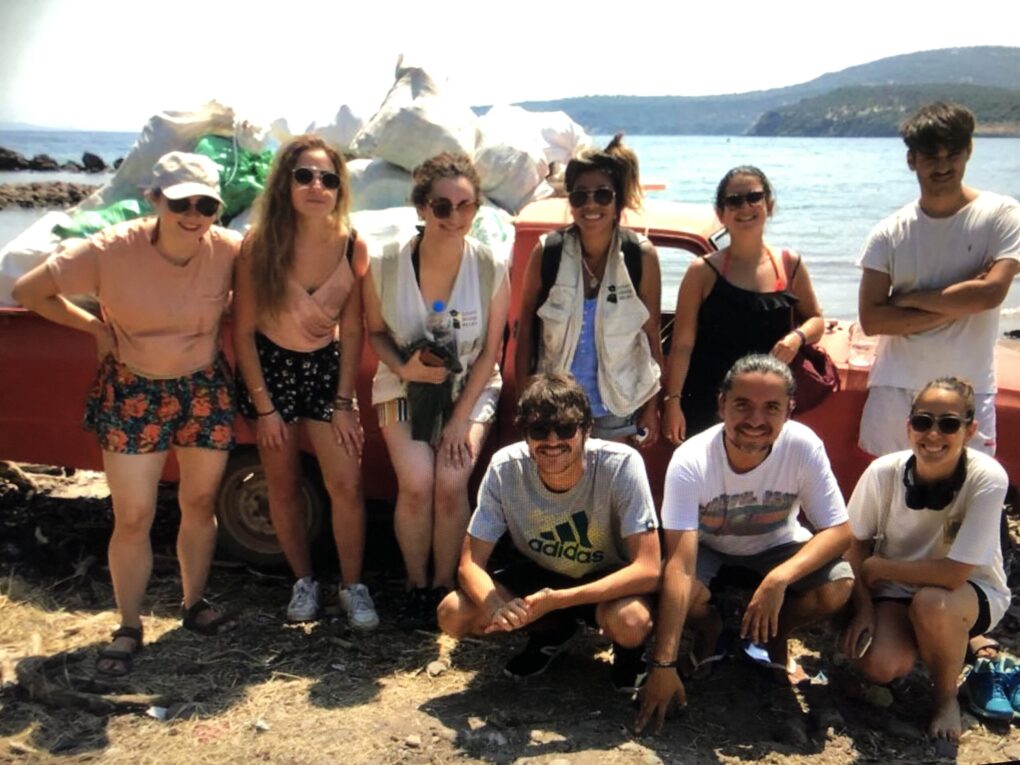 At 5.30 pm one August, as they do every day 365 days a year, a team of Lighthouse Relief Volunteers monitoring the Aegean sea from a look-out point on the Greek island of Lesvos noticed the outline of a flimsy plastic dinghy with barely enough buoyancy to keep the men, women, and children onboard above water. These poor people, clinging to the sinking dinghy, their fragile hopes now completely eclipsed by pure terror, could see no sign of help or rescue. However, on a hillside on the north side of this beautiful island, a team of young volunteers, The Angels of Greece as the refugees call them, with Lighthouse Relief were heading to the shoreline.

These young Australians, boosted by further volunteers from around the world, have been here since 2015 and have established a grassroots charity whose 24/7 and highly effective rescue activity has supported thousands of people arriving on the shoreline. They are one of two grassroots NGOs remaining on the north of the island. As the young spotters were raising the alarm, a further 12 vessels were spotted. The updates were urgently forwarded to the response team, for this was going to be an operation unlike any other. The Lighthouse Relief team rapidly moved into position while sending out urgent messages to mobilise the volunteers of Refugee Rescue, another grassroots organisation working on the frontline, and other mainstream aid organisations to warn them of the imminent arrival of so many more boats and people.

Their tally of new arrivals assisted would be 546 men, women and children rescued in just one night in a 30-minute opening. Refugee Rescue launches their boat to safely, intercepts the sinking dinghies and brings those clinging to life on board towards safe land. Meanwhile members of the Lighthouse Relief team stand in the sea to receive the refugees and escort them safely through the treacherous currents and the dangerous rocky coastline which makes this final part of their crossing just as hazardous as anything they have encountered so far. Once they are safely on shore, they are welcomed by other members of the team, who have organised dry clothes and hot drinks and are ready to offer physical and emotional support. They will then transport the newcomers to the first camp for registration and a health check before they are moved by authorities on to the refugee camp whose name has become synonymous with the misery of mass migration: Moria.

Today, probably many thousands of people owe their lives to the Teenage Angels of Greece, a group of teenagers and young people in their early twenties, most from Australia, who have paid their own way there to see what they could do to help establish a charity on the frontline of global concern. Lighthouse Relief is the only group on Lesvos with a dedicated landing and spotting operation, seeking to stop the distressing images of bodies, not so lucky to be spotted, washed up on Europe’s beaches. Many would argue that grassroots groups like this are much more significant and effective than the mainstream and officially recognised aid agencies. Although the official aid agencies are much better funded and resourced, their work, which is for the most part restricted to the grudging and minimalist provision of containment and basic foodstuffs, is often inefficient. In addition, it is bureaucratically encumbered, wasteful, and far from well and humanly adapted to the real requirements of the people in need of help. There are certainly questions well worth pondering. Why should so many resources be given to slow, unresponsive, and seemingly complacent bureaucratic organisations? Why should an unacceptably high proportion of the money donated be used to pay wages and maintain organisations themselves?

It is clear the majority of the truly effective, responsive, and cutting-edge work that genuinely saves and improves lives, such as the provision of meaningful education, welfare, and wellbeing services, supported by a responsive and innovative approach to logistics, are provided by grassroots activists who depend on crowdfunding and YOUR donation or their own friends and family to fund this extraordinary work. And this really is the work that counts. As well as spotting craft in trouble, bringing their human cargo safely to shore, and providing food and clothing, Lighthouse Relief, a group that really does stand out as a beacon of hope in appalling conditions, offer ongoing support, including safe and friendly spaces for children and young people who have been traumatised by their journey. (Their two core programmes are based in Ritsona Camp; child-friendly space CFS and Youth Engagement Space ( Yes). )

Many of those who arrive have been abused physically and/or sexually, and many have watched those they love drown in front of them, powerless to help. In Moria camp alone, 500 of the thousands of children had already been orphaned by the time they reached the camp. Please, just think about that for a minute and let it sink in. As I sit in the Lighthouse Relief base at Skala, having coffee with Nick Powell, their communications officer, we discuss how the Kath Duncan Equality & Civil Rights Network can work constructively together with them on matters such as logistics, fundraising, and other special areas of need that are not currently being addressed.

In the course of our conversation, I ask him what his current priorities are: “Firstly, to raise awareness of what’s actually happening here; then to ensure that our operations can continue in a sustainable way for as long as there is a need”. Nick says over 10,000 people have been supported by these young Angels of Greece so far, 10,000 men, women, and children who will never forget the kindness of these strangers, these amazing youth of the Lighthouse Relief Project. Just £1 from everyone on this timeline will help us create a women’s safe zone; kids pop up school with books and materials supplied by Kath Duncan equality team; Sports to tackle the violence & experts to tackle mental health with abused women & kids who have only known the misery of war.

Our website to donate and support our work www.kathduncan-equalty-civilrights-network.org To support grassroots work in Greece and help secure these other projects on the front line, please donate by clicking on the link. Just £1 from everyone on this timeline will help us create a women’s safe zone; kids pop up school; sports to tackle the violence & experts to tackle mental health with abused women & kids who have only known the misery of war.