Strikers Are Fighting For Us All 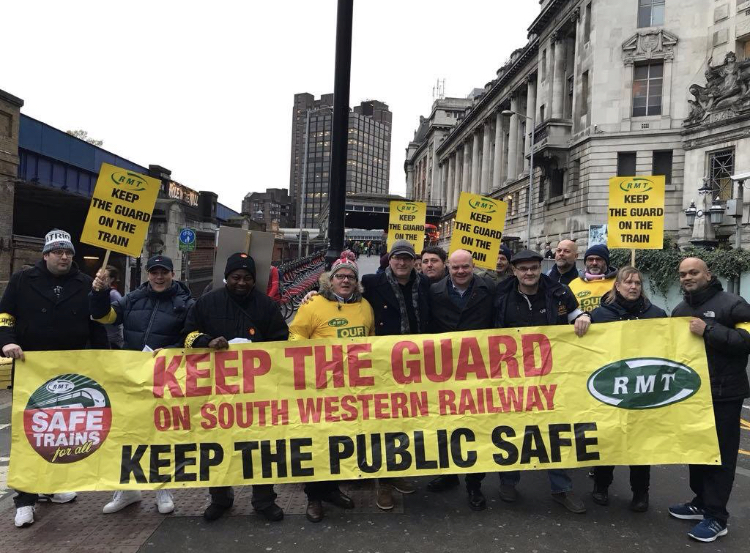 IN OCTOBER inflation peaked at 11.1% and we all know why. Price gouging energy companies have not only sent heating bills through the roof, they have pushed up farming costs and caused massive food price rises as well. A temporary fall to 10.4% just announced will make little difference to those struggling to pay their bills this winter. All this has powered a new wave of militancy that has the bosses worried.

The UK has the worst growth outlook of any big economy, house prices are falling at the fastest rate since the 2008 financial crisis and millions of public sector workers are threatening to strike over pay.

That was the Financial Times (FT) yesterday. On Monday they let the cat out of the bag with a report that told us that inflation had peaked, with wholesale gas and food prices falling but that “core inflation which excludes energy and food prices is still high – particularly services prices, which are influenced by wage growth.”

If you have been following our series on the cost of living crisis in the Sunday Socialist, you will know that energy and food prices are the core inflation for the working class. And we are striking for higher wages in order to feed our families and keep them warm during the coldest December for ten years.

Even so, the wage rises have been derisory compared to the scale of inflation. Back in October, when inflation was peaking, real wages fell by 4.2%, nearly as bad as the 4.6% in April when the war in Ukraine sent energy prices soaring. The private sector recorded wage growth of 6.9%, well below inflation. But the public sector fared even worse at 2.7%.

Inflationary pressures are generated by capitalism, but in the cosy world of the FT profiteering from war and misery are acceptable. It is only when we start to fight back that they get worried. Between now and Christmas politicians and media pundits on massive salaries will be lining up to tell us the country cannot afford to pay us decent wages; that there is no magic money tree, and we will all have to tighten our belts.

But as Russ Jones pointed out in this Twitter thread,

There’s no magic nurse tree either. Or magic rail workers tree. Or magic teacher tree. Those employees can’t survive on gratitude for their sense of duty. In the last 3 months the govt has written off £4bn of fraud it couldn’t be bothered chasing, handed a £7.4bn tax giveaway to banks, and likely add £20bn of loans it won’t recover. Shareholder dividends are growing 3x faster than wages. The money is there.

It is politics that is guiding government spending decisions. We cannot change their politics. But determined strike action can make them change their minds. As Dave Middleton said in this week’s Sunday Socialist, “Let it snow discontent this Christmas.”