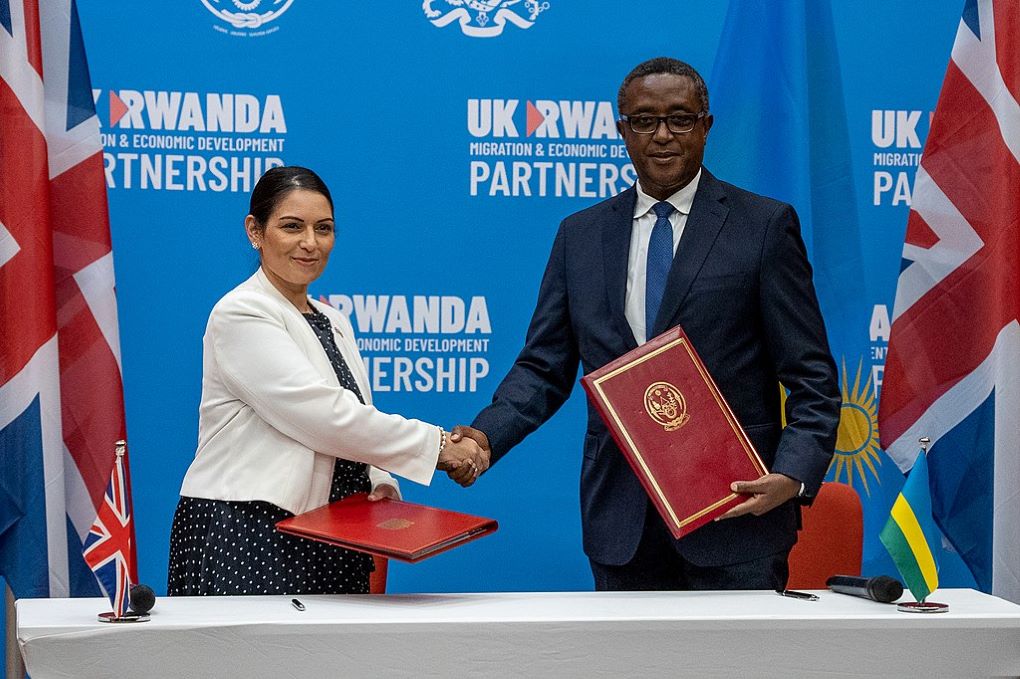 The Campaign to stop Rwandan Offshore Detention is calling for a demonstration outside Downing Street on Monday 13th June at 6.00pm. It has been called to launch a Day of Action on Tuesday as part of a campaign supported by the PCS, Stand Up to Racism, and Care4Calais.

Refugees and asylum seekers are criminalised by recent legislation. The government has made it illegal to enter the country without a visa and has made it almost impossible for people to obtain a visa. Even Ukrainians, whose country is being showered with military aid by our government, are forced to jump through bureaucratic hoops in order to come here.

Other refugees fare even worse. Because just arriving here is considered a criminal act they face transportation to Rwanda, just as we used to transport convicted Britons to Australia. Now, as then, there is no possibility of return. They will be held in Rwanda indefinitely. Rwanda is a corrupt dictatorship whose human rights abuses have attracted international condemnation. It is no place to send traumatised people fleeing oppression in their own country.

The plans have been condemned by Amnesty International and the United Nations Refugee Agency (UNHCR) as being in breach of international law. We don’t have illegal immigrants. We have an illegal immigration policy that is being challenged in the courts by charities and human rights organisation working with refugees. They are being joined in the action by the civil service union, PCS whose members are supposed to enforce this policy. The civil action is seeking judicial review and an injunction to stop the first flight leaving on Tuesday. This gives added urgency to Tuesday’s day of action.

What You Can Do

If you afford it, please donate to the campaign’s legal fund here.

Join the protest in Downing Street on Monday at 6.00pm

Support the Day of Action by

And if you do get involved or if you are a refugee with a story to tell please do get in touch with us at Critical Mass. Your voice matters.