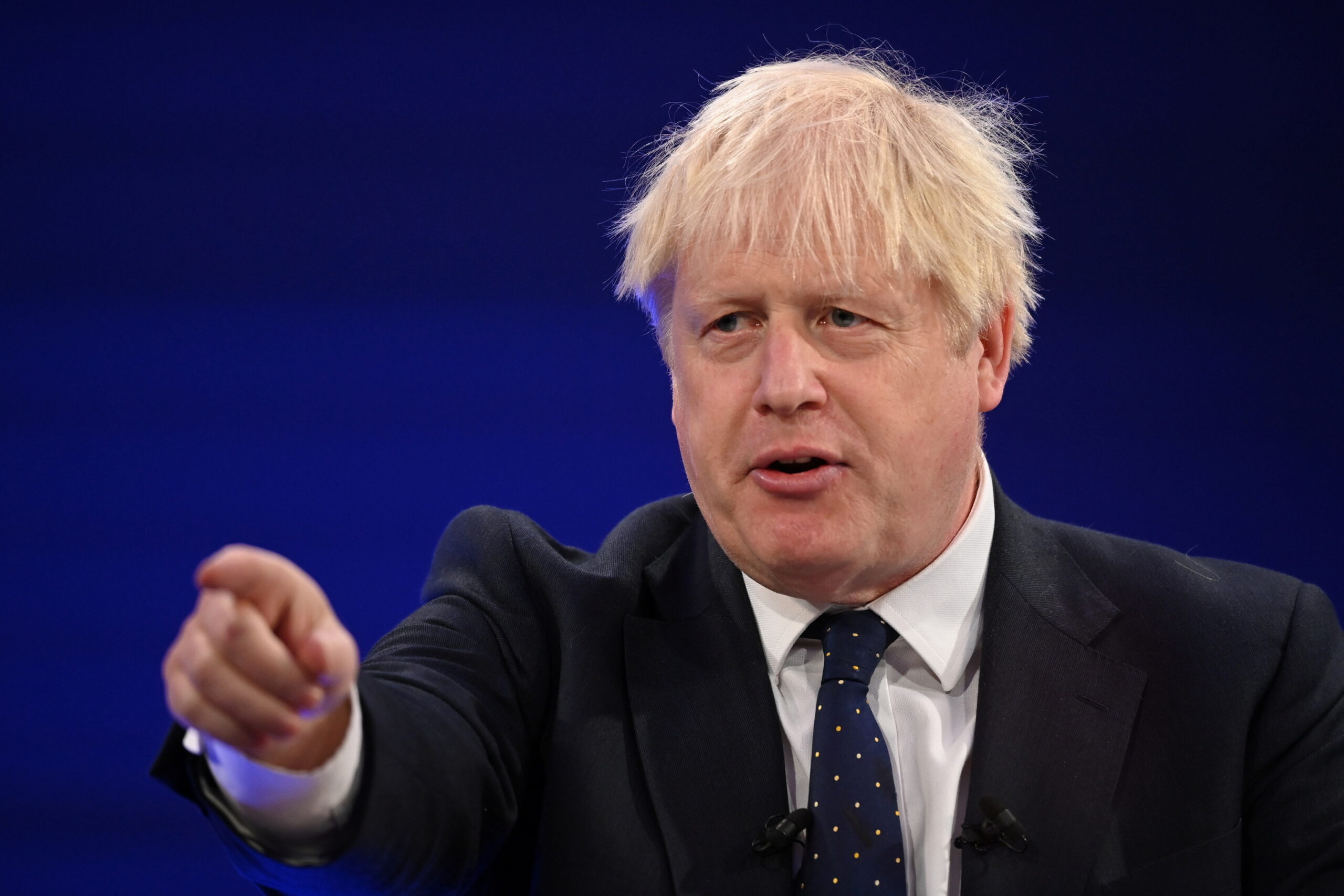 EVEN Johnson’s own MPs are up in arms over the way he handled the Owen Paterson affair, as yesterday saw a Commons debate on sleaze within his own Party. A debate he could not be bothered to attend.

We heard from Downing Street that he was visiting a hospital in the north east, although he was expected to return in the afternoon, so it’s not the most defensible excuse we’ve heard. Yet he said, ahead of the debate, “We are going to get it right. We are going to hold MPs to account. MPs should not break the rules.” Remember, this comes mere days after Paterson was found to have broken the rules, and Johnson changed the rules for him and refused to sack him. It’s just one lie after another.

The Prime Minister damaged himself, he damaged the party and he damaged our democracy

During the debate in the House of Commons yesterday, Mark Harper, the Conservative former chief whip, said the report into Owen Paterson was clear and unambiguous, and if the team captain expects loyalty, then the decisions they take should be sound ones. And if the captain gets it wrong, they should apologise. That would demonstrate leadership, he said. This was reiterated by Labour Leader Keir Starmer when he stated, “Last week the Prime Minister damaged himself, he damaged his party and he damaged our democracy.

“He led his party through the sewers and the stench lingers. This week he had the chance to clean up, apologise to the country and finally accept the rules apply to him and his friends. But instead of stepping up he has hidden away. Instead of clearing his mess he has left his side knee deep in it. Instead of leading from the front he has cowered away. He is not a serious leader and the joke isn’t funny anymore.”

No weakening of standards

Starmer once again trotted out the ‘we will work with the government’ line which ex and some current Labour members are heartily sick of, but he did add Labour will not work with them “on their plans to weaken standards”. He also said there is no doubt the House of Lords needs considerable reform and yet there he was on television over the weekend reneging on his promise to abolish that very same institution.

Owen Paterson, however, is just the tip of a very large iceberg. Just who has funded Johnson’s trips to Mystique and Marbella, and the refurbishment of No 10? We, the people who the Government is there (allegedly) to represent have no idea. And the Government is not forthcoming.

It is corruption plain and simple, and it absolutely stinks.

Quite apart from the aforementioned scandals, there is the unethical cash for honours system, on which the SNP have rightly insisted there should be an investigation by the Met, with Pete Wishart MP stating before the debate in Parliament: “It is utterly appalling that so many millionaire Tory Party donors have been handed life peerages by Boris Johnson and his predecessors”.

He added: “This isn’t just a scandal for the Tories – the Labour Party and Liberal Democrats have also been dishing out peerages to donors as though they were sweeties. It is corruption plain and simple, and it absolutely stinks.”

Then there is the wider question as to whether MPs should have outside work at all. They are very well-paid with the basic salary being £81,932 plus allowances to cover office costs and to maintain a residence either in their constituency – which should be their main residence, though this is not always the case – or in London to enable them to attend the House of Commons.

Little to no oversight

A majority, a small majority, of MPs do not have a second income, or they certainly do not register it, but 43% do, and dozens of MPs have one or more consultancy jobs, often earning large sums without any oversight into their roles at all. Just a few examples: Tory MP Geoffrey Cox registered just under £900,000 in the time dating back to January 2020; John Redwood earned more than £400,000 and Andrew Mitchell £264,000 in this same period. A period I might add when millions were suffering as a result of the pandemic.

These people are elected by their constituents to work for them, yet they are earning these very large amounts of money, often working for foreign companies or as consultants, which is plainly not in the interests of the people who voted for them.

I wouldn’t wish to tar every MP with the same brush. Some work in healthcare which enables them to keep their licences to practice, and others combine their work in Parliament with local council roles. Though the latter also has a benefit in that those MPs are able to claim a councillor allowance on top of their MP salary.

Should MPs have second jobs?

Yet MPs have not always been paid. Payment was initially brought in so the working man could afford to become an MP and represent his fellow working men. In 1870, payment for MPs was proposed by Peter Taylor, Liberal MP for Leicester. Alongside the importance of helping working men into Parliament, he emphasised its near universality in other countries’ legislatures and how it would put MPs on a par with other professions and with ministers who were already paid.

Surprisingly, some mid-Victorian liberals/radicals opposed payment. John Stuart Mill objected on the grounds of a fear of the tyranny of the majority and the promotion of demagoguery. He worried that paying MPs would undermine their independence. On his last view he would appear to have been proven right.

As Howard Beckett of Unite tweeted yesterday, MPs should be banned from having second jobs, from partaking of corporate hospitality, from owning shares in firms they legislate on, and from receiving corporate donations. I feel like banging my head against a brick wall when I hear this because it is just so obviously the right thing to do, and secondary jobs should have been banned decades ago.

If you enjoy my writing and feel you could help me continue to do so any donation would be appreciated. Thank you. You can do so at https://www.paypal.me/susiejgranic

One thought on “Stench of corruption”