Stealth austerity is a smash and grab 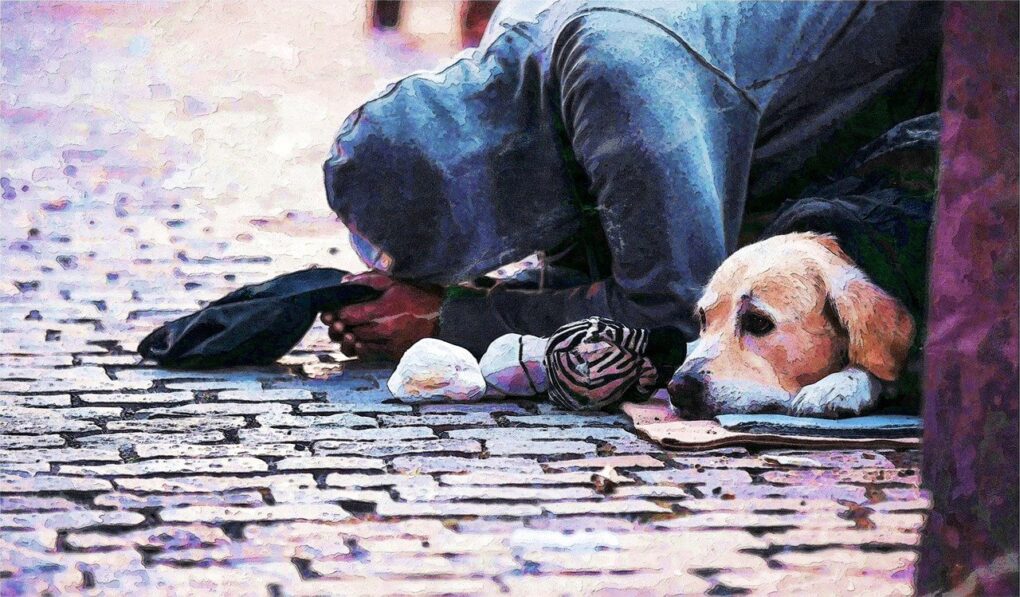 Austerity measures were inevitable. The government is to introduce a regressive tax to pay for their terrible record on the NHS and social services. At the same time, they will take money from those whose survival is dependent on it. Make no mistake, these are austerity measures and once again those least able to pay will be paying to support those who can. If it smells, walks, talks and looks like austerity, it is austerity!

In the long-forgotten time of March 2021, the IFS (Institute for Financial Studies), respected for its impartiality, warned that their research showed that the Covid-19 pandemic had led to greater inequality, stifling any advance on making Britain a fairer country and predicted another round of austerity. Socialists and the left, in general, warned of the same things, and I’m unhappy to report that we were correct!

The Tories have presided over fewer beds, skyrocketing waiting lists and nose-diving patient satisfaction across the NHS and a social care system that is non-existent. If I were writing this prior to the pandemic, I would still be correct! Since the pandemic struck, those issues have gone from bad to a chaotic, runaway disaster!

In order to paper over the cavernous cracks, the government has devised another warped version of ‘Capitalist socialism’ where the ‘community’ is those at the very top who receive ‘benefits’ and ‘allowances’ funded by the many whilst contributing the least, if at all. This is a system the rest of us can only dream of.

Those earning just £184 per week will have to pay the ‘levy’, as Johnson affectionately calls this tax. This will be at exactly the same rate as someone earning £967 a week. For earnings over that, well, there’s a real contribution being made there of…drum roll please…2%.

National insurance contributions start way down the pay scale… it has a much lower starting point than income tax does, affecting the very worst off in our society. Does Johnson really think that this is invisible to us, that we can’t see what is being done? More importantly, that those who devised this couldn’t see what the effects would be at the time of creation? No, they clearly understood what they were doing and which voters would be rewarded. Theirs!

The sibling part of the not so ‘quiet’ austerity is the removal of the universal credit uplift.

Of the approximately 6 million people in England, Scotland and Wales who claim Universal credit, almost 40% of them are classed as being in employment. This amounts to nearly 10% of the entire population of those countries combined that have wages so poor that it is necessary to claim benefits for their survival.

In a ‘normal’ society, it would be anathema to casually be able to write those words down. Think about it, 10% of workers in England, Scotland and Wales are so poorly paid they have to be supported by entitlements. I am going to stop using the word ‘benefit’ in this context because not starving to death in the 5th wealthiest nation on the planet should not be seen as though it is something of a prize! Keeping people above the poverty line should be the lowest of low bars that society should achieve for its members.

Due to the removal of the £20 per week, Citizens Advice, amongst others, have warned that a third of people on Universal Credit will end up in debt and in poverty. On average the shortfall experienced will be between £51 and £55 a month. It should also be extended to those, such as those on ESA, who never received it in the first place.

What it all means and what we can do?

If I were feeling generous, and I’m not, we could say the government ‘obfuscated’ how damaging to the universal benefit claimants the removal of the uplift will be. They lied about it.

The idea that the £20 per week uplift needs to be fought for simply to remain is yet another low point of our history. It should of course remain and in fact needs to be increased to allow people the tools, facilities and dignity they deserve to simply be able to live a full and productive life. Even the repulsive Daily Express would concede that a single person needs a net weekly income of £325.26 to live!

The social care tax is widely reviled for its regressive, targeted, cruel nature, and rightly so. As NI comes in at a lower rate of income than other taxes, once again the poorest and least able to pay will prop up the wealthy. The fig leaf of applying this tax to dividend income will provide little comfort to the majority of us who can’t simply have our accountant offset our taxes or indeed engage in tax avoidance to not pay anything let alone a fair share. Not that this really matters to the wealthy as the one area that could have really made a difference, capital gains tax, has escaped completely unscathed without so much as a sidewards glance!

This financial pincer movement against the poor is no more than we expected, although it would seem our ‘allies’ in the PLP didn’t.

It is incumbent on those of us who have any sort of platform to ensure that as many as possible understand what it is and who are being targeted. It is incumbent on everyone to ensure our representatives are made to feel the anger and disgust at such a low and seemingly easy move to be made against the least represented in society.

If you don’t want to accept my case for resisting these attacks look to Mind, Unite, Unison, MacMillan, and a wealth of disparate organisations, all organising to fight this, and see what their perspective is. Spoiler alert! It’s quite like mine because they too are all based on the facts.

While you are checking the veracity of my work, and I highly recommend that you do, there are many campaigns to stop these dangerous moves from surviving one day longer than they have to. If you followed one, or all, of the links above, you will have found how committed those organisations are to fighting for all of us but right now for those least able to fight for themselves. They all have campaigns and I would recommend following at least one.

What credo is driving this?

‘Conservatism’, or whatever this current ruling class attempt at a 21st century pogrom is, is not an ideology. They may well throw around names like Hobbes, Burke, and Nozick, some of whom are respected thinkers. However, in that list will undoubtedly be Rand and Murray. If ever you needed a primer on understanding what it is ‘conservatives’ actually think, it is Rand. It is wealthy people aggrieved that they aren’t allowed to own everything (Yes, that does include people. That they make staying alive contingent on ‘indentured servitude’ in service of them is not good enough) and do whatever they want including not have to rub up against those horrid proles!

It is a grift, a way to get other people to provide income for them while doing nothing themselves. It’s a confidence trick. Speak loudly, with authority and people will not question why it is they have to hand over the lion’s share of what is gained from their labour and skill.

This is why we have a country, during a pandemic, suffering all the difficulties you can imagine associated with it that can simply cut incomes to those who need them most and then add to the contribution they have to make. Speaking loudly and with authority, I for one do not think that is reason enough to accept this. That is why I, along with the groups mentioned, will be fighting these unjust burdens being placed on me and those like me. Join me.

If you got some value from this piece or any of the work I do here and on my outlets (see below), please help me keep producing them by contributing to Party Political Puffin at any of the following links.

It is only your support that keeps my work alive. Thank you 🙂

3 thought on “Stealth austerity is a smash and grab”