Starmer rules out chance of Corbyn running as Labour MP 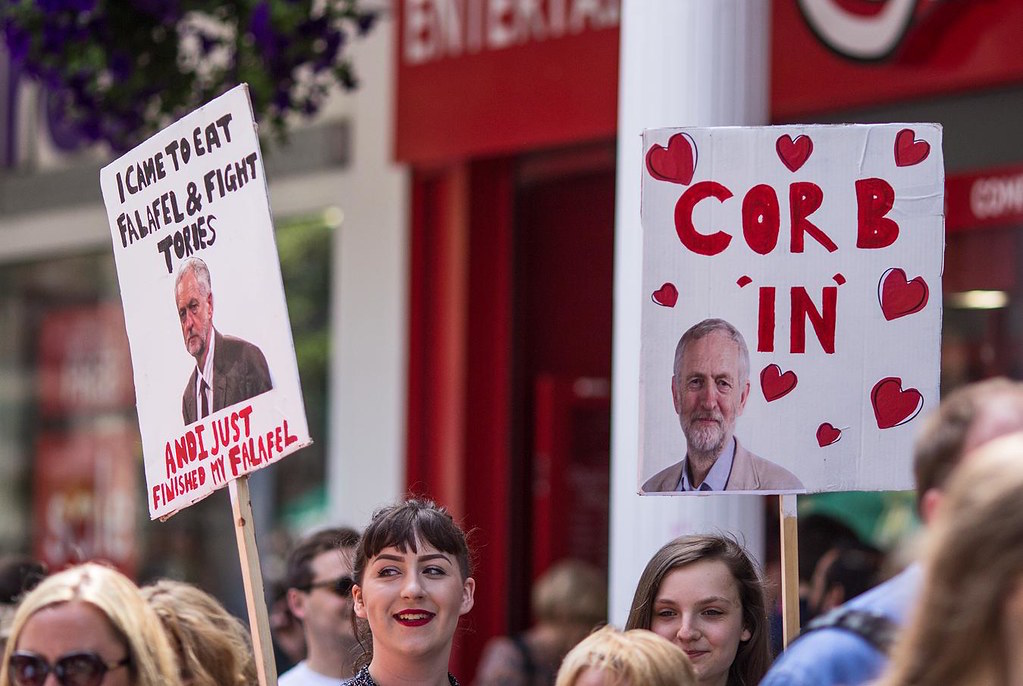 Is it fear and jealousy of the former leader's popularity which irks Starmer? 'Jeremy Corbyn Labour Party rally, Canterbury' by chrisjohnbeckett is licensed under CC BY-NC-ND 2.0.

“He’s a colleague, he’s a friend… I respect him.” – Sir Keir Starmer speaking about former leader Jeremy Corbyn at his victory address two and a half years ago.

“I don’t see the circumstances in which he will stand at the next election as a Labour MP.” – Starmer speaking of Corbyn yesterday on BBC Radio 4.

Keir Starmer making it clear that his former ‘friend’ is not welcome to stand as a Labour MP, as he has stood for Islington North since 1983.

Jeremy Corbyn had the whip removed and was suspended by Labour in the aftermath of the EHRC report in 2020. He had his party membership reinstated by the NEC but, although initially agreeing to his reinstatement in talks with Len McCluskey, Starmer, in what we now know was a foretaste of things to come, went back on his word and refused to readmit him to the group of Labour MPs.

In his initial response to the EHRC report, Corbyn had claimed the scale of antisemitism in the party had been “dramatically overstated for political reasons” by opponents both inside and outside Labour, including the media.

But he later attempted to clarify his comments in a statement to the party, saying concerns about antisemitism are “neither ‘exaggerated’ nor ‘overstated’”. Both statements by the previous leader are correct, and in a sane world perhaps that would have been the end of it. But the five years during which Corbyn held that position saw a hysteria in the press and some pockets of the public – led by the media – the like of which we have rarely seen before, and it has simply not dissipated since he stepped down. Starmer could have portrayed himself as the peacemaker, readmitting Corbyn and offering pacifying words to those who were against him being readmitted. After all, he was merely a backbencher, what was the problem? Well, there’s the rub: Starmer is both jealous and frightened of the enormous support and love shown to his predecessor. Support very evident today.

A few hours after Starmer’s interview, Corbyn tweeted, in reference to a newly-announced Labour plan for transferring power away from Westminster and in an obvious response to Starmer’s comments, that “a transfer of power away from Westminster to local communities is long overdue” and went on to say the same principles should apply to “our parties: members should choose their own candidates”.

Asked if he believed Corbyn could stand as an independent against a Labour candidate, Sir Keir told BBC Radio 4’s Today: “I can only speak for the Labour Party.” But he’s not is he? He is, as usual, as we have seen under his ‘new leadership’, speaking for himself. Much as he does when he says ‘My government’ rather than ‘ours’. Could a starker contrast be drawn between him and his predecessor?