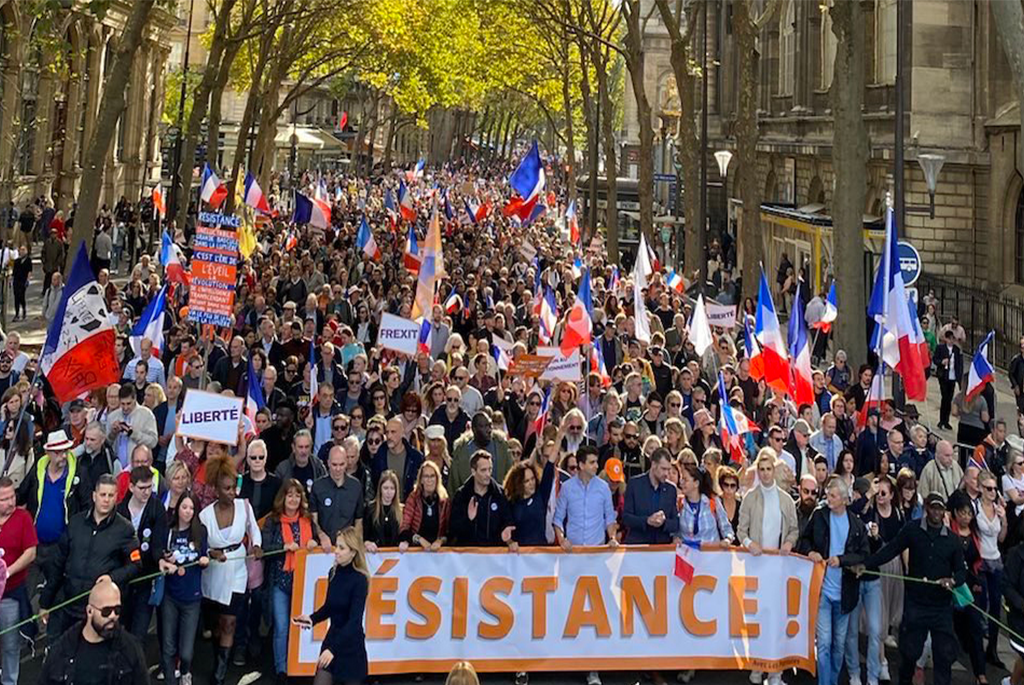 AS thousands took to the streets across Europe at the weekend in protest at the spiralling cost-of-living crisis, France is braced for a major strike starting today.

Talks between France’s CGT union, and oil company TotalEnergies broke down on Thursday as the employers refused to meet their demands for better pay and conditions. The standoff has disrupted oil supplies as petrol stations across France have begun to run out of fuel. The strike has the support of  branches in other sectors, including the railway and automotive sectors, who are planning to join the strike today.

The Confédération Générale du Travail (General Confederation of Labour) is the second largest union in France with around 720,000 members.

The strikes come after a weekend in which hundreds of thousands took to the streets calling for an end to austerity. In Paris, French Presidential candidate Jean-Luc Melenchon called for a general strike and told the crowd “You’re going to live a week like no other, we are the ones who started it with this march”.

In Berlin, protesters gathered outside the Federal Chancellery in Berlin with signs calling for “Immediate help for the poor” and others reading “We need healthy food. Abolish poverty!”

In Rome, hundreds protested against rising fuel costs by burning their energy bills. In Spain there have been ongoing protests against austerity since March, with two union sponsored rallies in Madrid at the end of September attracting thousands of Spaniards angry at the growing levels of poverty, as wages remain stuck behind inflation whilst energy companies profits continue to soar.

In the UK, Sharon Graham, General Secretary of Unite, has called on the Labour Party to support strikes and show which side they are on.

At the same time the Communication Workers Union (CWU) is set to continue its round of strikes as Royal Mail, in an inflammatory move, announced that they were set to make 10,000 workers redundant in the summer.

The current round of anger is not confined to Europe, as a global recession means workers in virtually every country of the world are being told they need to tighten their belts to pay for the rich to continue their lavish lifestyles. As strikes and protests spread so does the influence of the right with their simplistic solution of blame others. Never has the need been greater for unity among trade unions and socialists. We still have a world to win.

We are receiving reports of two brave Just Stop Oil protesters who have occupied the Queen Elizabeth Bridge in Dartford. The two climbed to the top of the Queen Elizabeth II Bridge forcing police to close the bridge. They are demanding that the government halts all new oil and gas licences and consents.

One of the protesters Morgan Trowland, 39, a bridge design engineer from London, said

“As a professional civil engineer, each year as I renew my registration, I commit to acting within our code of ethics, which requires me to safeguard human life and welfare and the environment. Our government has enacted suicidal laws to accelerate oil production: killing human life and destroying our environment. I can’t challenge this madness in my desk job, designing bridges, so I’m taking direct action, occupying the QE2 bridge until the government stops all new oil.”