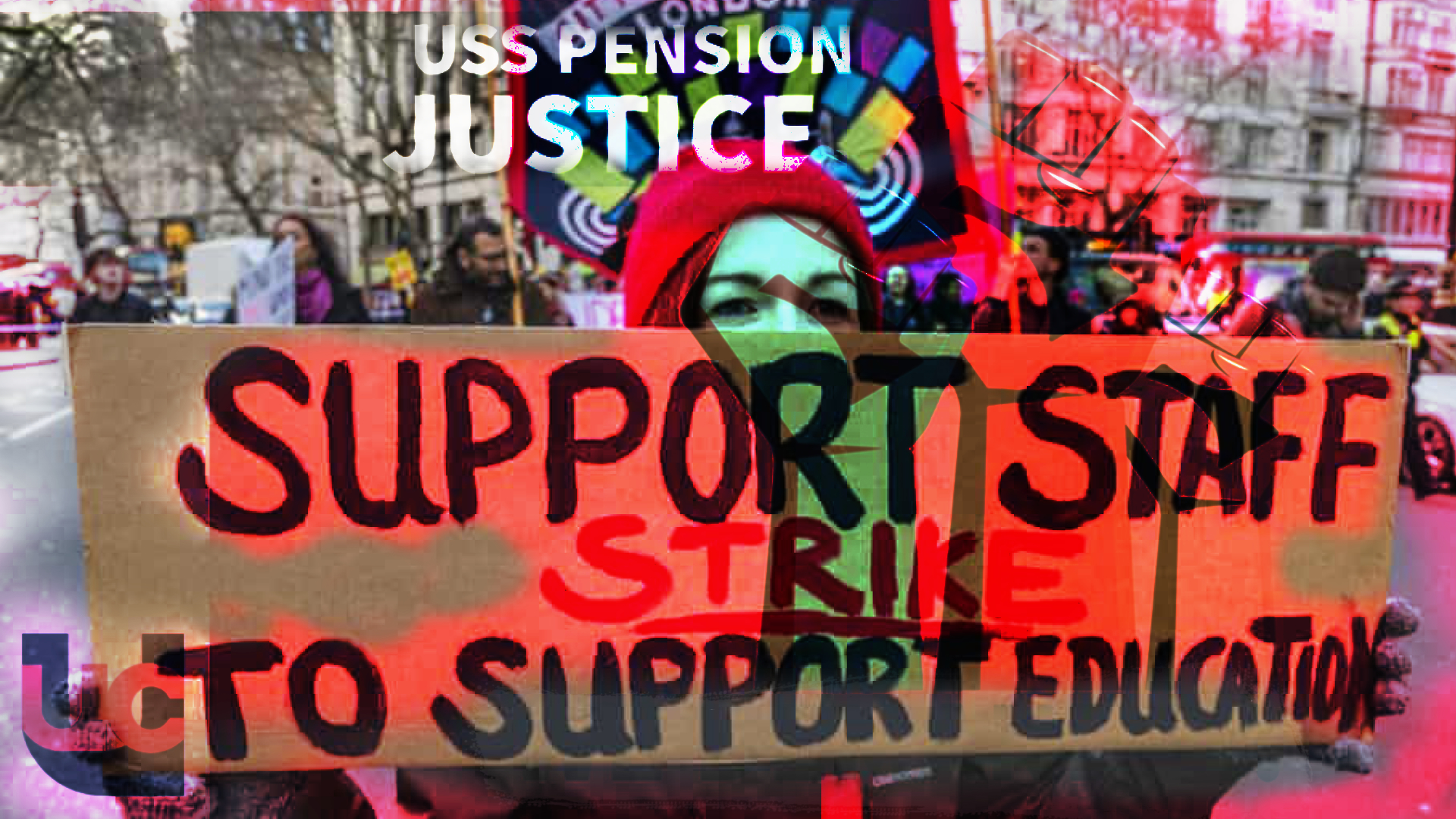 Student solidarity with university lecturers gives the lie to the myth that in the gig economy we are all just out for ourselves. It reminds us that, despite right wing caricatures of past trade union militancy, on the lines of “I’m all right Jack,” intersectionality has always been at the heart of trade union solidarity. It was not all racism and sexism in the 1970s. Yorkshire miners supported Asian women strikers at Grunwicks. Nurses won solidarity strike action to defend the NHS and, in the Winter of Discontent, low paid women workers in the public sector led the way.

Now it is back to the future as the National Union of Students(NUS) shows solidarity with the University and College Union(UCU) in their battle with the employers. The Times They are A-Changing now that solidarity is back in season.

Members of the University and College Union (UCU) working in UK universities have backed strike action in ballots over pay, working conditions and pensions.

Despite Tory anti-union laws, the overall turnout for ballots in British universities hit the 50% threshold. More than 70% of members voted to back strike action. A larger majority of 85% voted for action short of striking, which could include a marking boycott.

The demands being made on behalf of their members are the well-trodden road for everyone being exploited by capital:

These are all ‘minimum’ demands. A simple example of why meeting these needs is necessary is the study using a pay modeller showing the wages of university staff have fallen 20% in real terms since 2009.

In the usual way capital attempts to push all the responsibility onto those fighting for the bare minimum, the Universities & Colleges Employers Association (UCEA) attempts at shaming the UCU with cries of ‘think of the children’.

The attempt to push a wedge between, as they see it, their employees and the ‘service users’ (normal people refer to them as students) has not gone too well.

The National Union of Students (NUS), in response to the potential strike action and the impact it will have on their members showed their solidarity:

“[The] NUS stands in solidarity with staff who have voted for industrial action … staff on the ground have only seen more work for less reward … staff across universities go above and beyond to keep their institutions running, and students learning … they have been met with cruel and untenable conditions and remuneration … huge pay disparities between senior management and frontline staff, not to mention the appalling gender and race pay gaps.”

In summation, the NUS says:

“The situation is unsustainable for staff, and ultimately, that affects the support students receive, the quality of their learning and their wider student experience.”

The NUS recognises the quality of the learning experience is wholly dependent on those who give their all to impart knowledge, insight and support to the students. It is not the ‘bottom line’ that has any importance here.

There is synergy between great tutors, lecturers and students. This provides recognition of each other as human beings who have minimum needs.

Of course, there is a small sprinkling of enlightened self-interest. One day, it could be they who are teaching the next generation of students. They do not want to face the cold-heartedness of a system that recognises only money.

Which is why the students themselves wholeheartedly support the strike action.

Hillary Gyebi-Ababio (@hillarygyebi) is the NUS Vice-President for Higher Education. It was Hillary who made the impassioned case for students to show solidarity with the strike.

Hillary is very much part of our past, present and future. She is a young, Black woman. It is not a monochromatic audience she is talking to, it is a rainbow race. Hillary is speaking to those who are male, female, transgender, gender-neutral, non-binary … She is speaking to and representing all!

Things have changed. Manufactured consent has moved societies to the right, while legislation attempts to curtail our rights to have our voices heard and the commodification of everything tries to keep us on the capitalist treadmill of working to stay alive. These are changes to be fought.

Things have changed. We have those who advocate inclusion, lead us in the fight against oppression and help us to be individuals while being a part of something more than ourselves. These are changes to be embraced. These are changes which give us hope.

Debt ridden students and poverty stricken lecturers faced with attacks on their pensions, pay and conditions now have the opportunity to forge a fresh solidarity in the face of opposition from a cash rich, booming higher education sector.