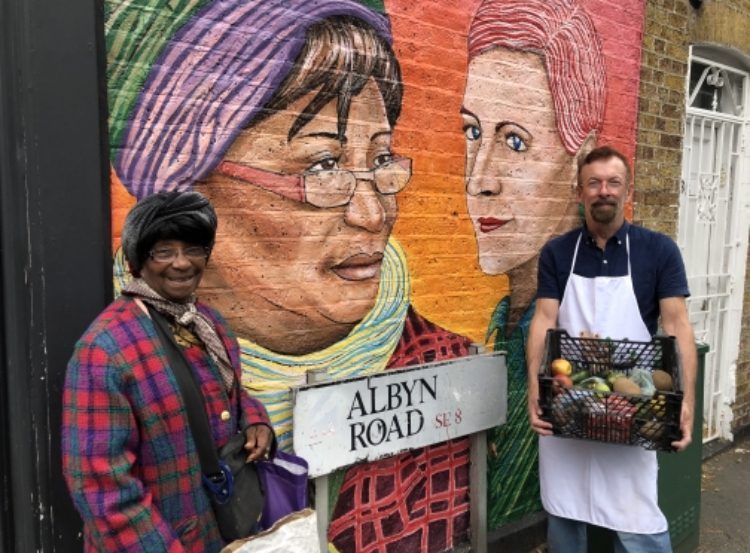 Charities are having to stop feeding the hungry so they can help the starving.

The staggering increase in the cost of food and energy has put enormous strains on frontline charities and, as demand increases, this cost-of-living crisis could end up being of biblical proportions. Without urgent financial help from national or local government, many of these charities will go under. And when they are gone where will the people who rely on them go? As Gordon Brown also wrote:

For the first time since the Welfare State was created, the food bank will be our safety net, and charity our last line of defence.

Gordon Brown in the Guardian

Poverty is now big business, a profit-making opportunity that simply should not exist in the sixth richest economy in the world. Because this ‘industry’ provides careers and salaries, there has been no political support for my campaign through The Kath Duncan Equality and Civil Rights Network for both national and local governments to appoint a minister for poverty to ensure that every policy makes a real contribution to eradicating poverty in all its forms.

While I was doing research for my book Food Bank Britain, I was shocked to discover that, according to the highly respected Joseph Rowntree Foundation, poverty costs this country a staggering £78 billion a year.

So, how are people getting rich from the poor? Today you can buy a foodbank franchise for about £1,500 a year, and many independent food banks, which were not part of a corporate third sector group, now find themselves having to sign over their income generation to companies which will source foods at wholesale prices and deliver them direct to food bank shelves. These companies make their profits by charging a membership or licence fee, or even taking a cut of the food bank’s entire income.

Supermarkets prefer to deal with these large new profit-making companies and across the UK they have stopped allowing local independent food banks to collect either surplus food or food donated by customers in-store. Independent food banks and community food projects are closing because without these donations they cannot afford to carry on. They do not have the cash reserves to cope with soaring food and energy price rises without substantial help and support from national and local government.

A career in the charity sector can certainly be very lucrative for some. David Miliband is paid £700,000 a year as the chief executive of the International Rescue Committee. Meanwhile, refugees with real skills and eagerness to work are exploited by temporary housing providers and hotels in what amounts to a scam that costs millions a year. A quick and obvious solution would be to allow refugees and asylum seekers to work and end this exploitation by those who profit from their misery.

But it’s not just refugees who are seen as a get-rich-quick opportunity. In my borough of Lewisham, the council pays one private provider a staggering £3,000 a month per resident for vulnerable people whom the council has a legal obligation to house. This was confirmed by a person I was helping at the We Care Food Bank advice surgery last week. He is living in slum conditions in one house with 22 other people. Like him they are all officially vulnerable because of poor mental health, and the council is being charged £3,000 per person per month by a landlord who provides no onsite staffing of any kind and certainly no specialist mental health support.

Such outsourcing to private companies is bad, both for the people who need to be looked after, who generally enjoy an appalling level of ‘care,’ and for local council taxpayers, who pay through the nose for such shoddy service. Many private housing providers have worked out that, if you claim to specialise in housing a specific vulnerable group, such as refugees, children, or people with disabilities, the profits you can make are off the scale.

How is this allowed? In part it is a lack of vision and leadership in our local government, which seems gripped by deadly inertia and unable to make the necessary decisions and investments. If the council were properly to investigate the case I have just mentioned, and found that these people, who are officially in their care, are being cruelly exploited and that we, as taxpayers, are being scammed, they would have to rehouse the 500-plus residents currently in the ‘care’ of this housing business but, because of chronic lack of investment in public housing, they simply could not do this.

It’s not just the disabled, refugees, children, women fleeing domestic violence and the hungry who are increasingly seen as profit-making opportunities. The ‘homeless sector’ has been a disgrace for at least a generation, in part because far too many, who actually know better, nevertheless depend on the continuation of homelessness for their careers and income. In every town in Britain, there are empty buildings that could be handed over to not-for-profit grassroots charities, run on fresh air and the kindness of strangers, which could end homelessness in a matter of days if they received the proper help and support.

Many of you reading this will be unaware that the leading housing charity in Britain, SHELTER, has NEVER housed a single homeless person, its work essentially consists of lobbying and giving advice and support over the phone. In Britain today, more people work in the homeless sector than the people who are officially homeless (approx. 280,000), so there is clearly zero incentive to erase this misery that costs us all millions of pounds.

In 2022, poverty is something this country cannot afford, but our new Prime Minister does not seem to understand this. Her solution to the cost-of-living crisis is a borrowing frenzy not seen since WW2 and tax cuts that will boost the income and wealth of those who least need it. Her failure to restore the £20 a week emergency uplift payment to those on Universal Credit will create another generation of millions in poverty struggling to survive in Food Bank Britain. If the poor needed £20 a week during Covid 19, on what grounds can our government justify NOT restoring the £20 uplift during a cost-of-living crisis while the rich see tax cuts of thousands?

The elderly who worked all their lives are today overwhelmed by anxiety about how they will pay their bills or buy their food on their fixed-income pensions, as are disabled and housebound people, some of whom have disabling conditions such as fibromyalgia that require energy-consuming help and assistance to stop their condition rendering them bedridden with pain. This ‘budget’ offered just £150 for disabled people, together with an energy cap of £2,500, which, if you have a disability, will certainly not be high enough to cap their energy bills. Going without is not an option. This is not an eat or heat decision, it’s life or death.

Government, both national and local, needs to find a vision and imagination adequate to this situation. Without support NOW many local charities at the heart of our communities will cease to exist after Christmas, to be replaced by organisations adept at filling in grant applications and who prey on local councils’ legal obligation to care for and house the vulnerable.

Only last week in Deptford in South East London, a not-for-profit nursery, which had been set up by parents, had to close because, even with the government freeze, they could not pay an unaffordable increase in energy bills. The council has now let the vacated building to a profit-driven nursery operator that provides childcare at rates these parents simply cannot afford. So, most of them will now have to stop work and become dependent on welfare.

As you read this, my We Care Foodbank at Kath’s Place Deptford has been saved from certain closure after former Labour Prime Minister Gordon Brown heard our plight on the BBC Radio 4 Today show on 22nd September. In response, his team made contact the same day and helped us launch this appeal to save closure, urging all those people who have been given huge tax breaks and state windfall payments to have a heart and encouraging 100 people to donate £150 each (matched by Aviva) to save We Care with the hashtag #HungerAlert.

To make a donation to support my work and save our community-driven life-saving project, please donate what you can or share across your social media networks