Sitting in judgement on women 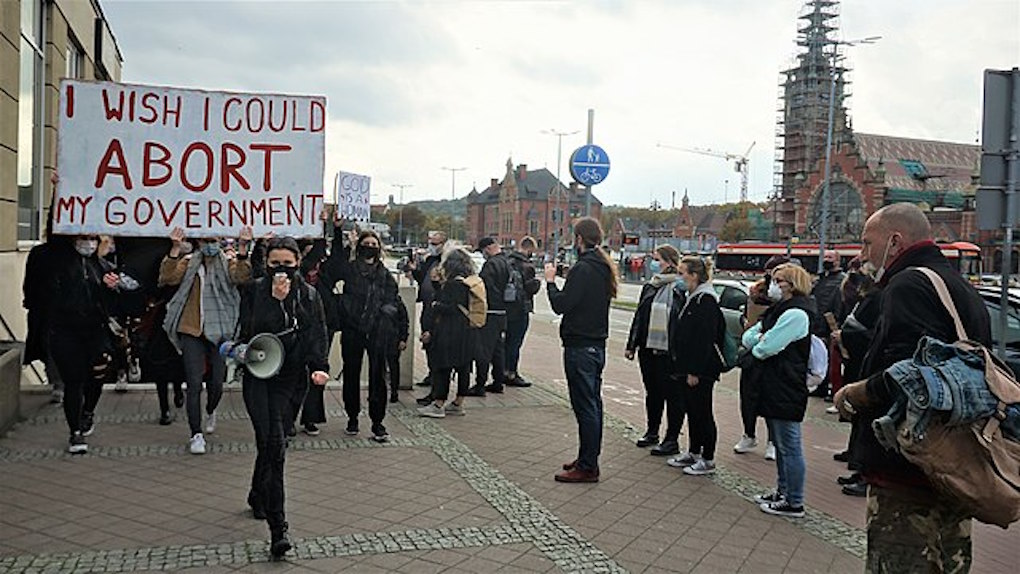 THE year is 2022 and the USA, an allegedly civilised country, has rolled back abortion rights by overturning Roe v Wade, while other countries such as India and Ireland are attempting to strengthen such rights. It’s rather a damning indictment of the US when others, which we condemn for their human rights abuses, afford better protections to those seeking terminations.

Middle Eastern countries such as Jordan, Saudi Arabia, Kuwait, Qatar, Djibouti, Algeria, and Morocco allow abortion to preserve the health of the woman, even if her life is not at risk. This is more than many states in the USA now do. And 14 of these states ban abortion even in cases of rape or incest.  Perhaps unsurprisingly most of these 14 states also have a high rate of incest and a few do not even criminalise the act. So, if you’re a 13-year-old girl who has been raped by her father or brother in one of these states, you cannot expect the state to support you in seeking an abortion. This should be horrific to everybody, but we are seeing more and more of these rights eroded in the ‘freedom-loving’ West.

We like to see ourselves, as Europeans, as being something of a beacon for women’s rights, and largely this is the case, but three European countries, Andorra, Malta, and San Marino, have highly restrictive abortion laws which do not allow abortion under any circumstance. Three others, Liechtenstein, Monaco and Poland, restrict a woman’s right to an abortion and allow it only when the woman’s health is at risk or the pregnancy is the result of rape.

We should not forget Ireland, which only decriminalised abortion three years ago. Until then the laws had been incredibly restrictive, as they only too often are where the Catholic Church plays such a dominant role. Long has it been argued that church and state should be separate, and many may indeed think this is the case, but the Catholic Church has a powerful voice, and politicians listen. Although in the predominantly Catholic country of Spain abortion was decriminalised in 1985 and made legal in 2010, it is still a controversial topic in the Mediterranean nation. However, there is not a majority to see any serious call for legislation be pushed.

Italy, likewise, has had relaxed abortion laws since 1978, with legislation, known as Law 194, protecting the rights of women to have terminations, but, with the election in September of the far right Giorgia Meloni and her Brothers of Italy Party, protesters, fearing their rights may be under threat, took to the streets to send a message that they are not prepared to accept any roll-back of the laws.

It is worth mentioning Russia here, given it is in the news with the Ukraine war and the media calling out alleged war crimes and human rights violations, because Russia, as the then Soviet Union, became the first country in the world to allow abortions after the revolution. And though the number of abortions in Russia have declined a good deal latterly – from 1.2 million abortions in 2009 to 450,000 two years ago – it is still legal.

Tunisia legalised abortion in 1973, offering safe abortions at hospitals and clinics. Women are not required to justify their decision to undergo the procedure, as long as it occurs within the first 12 weeks of pregnancy. After the first trimester, abortion is legal in cases of foetal abnormalities and where the mother’s physical or mental health is at risk. Most of the abortions carried out in Tunisia are performed on rape victims.

However, since the revolution in 2011, Tunisia’s economic crisis has impoverished the already struggling public health sector, and these procedures are under threat. Social inequality, vulnerability, a lack of coordination between legal and medical public institutions, administrative rules, and the contradictory effects of various laws can hinder and seriously take their toll on those seeking abortions.

Algeria also recognises that a woman’s mental health, alongside her physical health, is of overriding importance and sees it as an exception to the ban on abortions. Saudi Arabia, which certainly cannot be held up as an example to follow in most cases, does however allow for abortion procedures in the interests of a mother’s physical or mental health.

In the UAE, the same exception regarding mental health applies and abortion is also legal if it is found that the baby would be born with deformities and would not survive, but the foetus must be aborted within 17 weeks of pregnancy and the procedure authorised by a medical panel.

Many countries which we in the West see as restrictive have fairly lenient laws regarding women’s reproductive rights. Qatar for example formalised a law back in 1983 which states that abortions may be legally performed on pregnancies of less than four months duration if continuing the pregnancy were to cause serious harm to the mother’s health. It may not seem a lot, but this is still better than states in the USA which do not allow for this.

I’m sure most Americans would like to think they are far more modern and ‘free’ than India, but In that country abortion is now allowed for rape survivors, women with disabilities, minors and women whose marital status changes during pregnancy – for example due to divorce or a husband’s death .

Those are mostly statistics, let’s look at a few individual cases:

A case I found interesting was the recent one in Malta where an American woman on holiday there suffered a premature rupture of the amniotic sac which made her pregnancy unviable at 16 weeks and she was refused an abortion. She was later airlifted to Spain where the procedure was carried out, but the woman, Andrea Prudente, is suing the government of Malta for a breach of her human rights. If the same thing had happened to her while holidaying in her own country, in Alabama for example, she would have had no case to bring.

Just last year, in Paraguay, a country which has some of the strictest abortion laws in the world, a 10-year-old girl was found to be 21 weeks pregnant after having been raped by her stepfather. The girl’s mother requested an abortion but there is no exception for rape or incest.

An 11-year-old Argentinian rape victim was forced to have a Caesarean section, and gave birth to a severely premature and underweight baby, after she was denied an abortion. The girl was raped by her grandmother’s 65-year-old boyfriend, and went to a hospital at 19 weeks pregnant to ask for an abortion. She is just one of thousands of Argentinian girls who are raped and denied aid.

Last year again, but this time in the USA, a 13-year-old girl who had been raped by her grandfather and found by her doctor to be pregnant, couldn’t get an abortion close to home in Texas, and so was driven hours across the state to terminate the pregnancy. And again, a 10-year-old rape victim from Ohio who was denied an abortion in that state was forced to travel across the state border to Indiana to undergo a termination.

Every single day girls and women are being raped and then denied abortions, in the USA and around the world. And every day women, who for many other reasons do not want to continue with their pregnancy, are being denied abortions. Governments have not learned the lessons of the past where we saw, and are seeing again, women turning to less safe means to terminate their unwanted pregnancies.

The last word should go to Kelsey Leigh who testified to the US Congress at the end of September after having a pregnancy terminated on the grounds that her child would have been unlikely to have been able to swallow, or breathe, and whose bones would have broken during delivery.

“Who are you going to be?” she asked of the lawmakers. “Will you sit in judgment of people who are pregnant without knowing them or their circumstances, or will you listen to me and us and be the compassion that our country so desperately needs now?”

One thought on “Sitting in judgement on women”