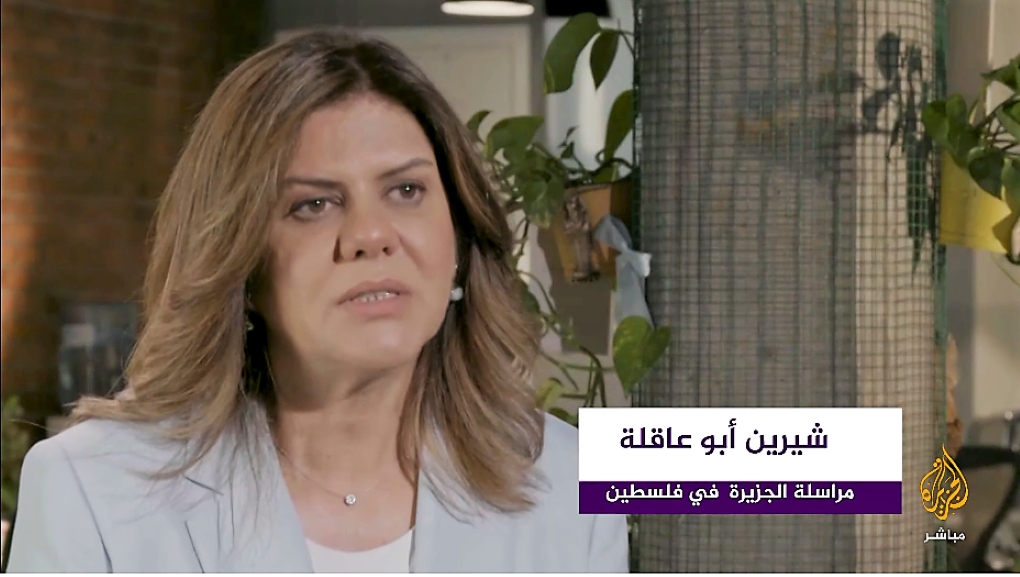 Shireen Abu Akleh (1971-2022), a prominent journalist with the Al Jazeera Network has been shot dead by Israeli forces while reporting on a raid at the Jenin refugee camp in the occupied West Bank.

The Israelis were quick to suggest that she was caught in crossfire and that Palestinian gunmen might be to blame. But this version is contradicted by eyewitness accounts as reported by the Washington Post.

Ali al-Samudi, a journalist with the Jerusalem newspaper al Quds said he and all the other journalists were wearing their helmets and press vests at the time of the shooting. He said it took place near the camp’s United Nations schools, far from the presence of any armed men.

Samudi said that as Israeli soldiers surrounded one of the homes in the Jenin camp to carry out an arrest, the soldiers fired indiscriminately, leading to a number of serious injuries and an outbreak of clashes with residents.

A local resident was also clear that there was no shooting before the sniper attack on the journalists.

Atah Abu-Rumeleh, a doctor in Jenin who said he witnessed the shooting, said there had been no exchange of fire before the journalists were shot. “It was a clear day, and the sun was shining,” he said in a telephone interview. “A sniper from somewhere shot Shireen in the head. And Ali Samudi was also hit.”

Two other journalists were also injured in the attack. And a later story the Washington Post included eyewitness testimony from wounded journalist Shaza Hanaysheh, who supported Samudi’s evidence that there were no militants or civilians in the area at the time of the shooting, just the journalists and the Israeli army. She told how when the shooting started, they ran towards a tree to take shelter

I reached the tree before Shireen. She fell on the ground. The soldiers did not stop shooting even after she fell. Every time I extended my hand toward Shireen, the soldiers fired at us.”

War reporting is hazardous enough without journalists being deliberately targeted. Despite pious words from Israeli Foreign Minister Yair Lapid that “journalists must be protected in conflict zones,” their record is not good.

Last year they destroyed the HQ of Al Jazeera and Associated Press in Gaza, claiming it was harbouring terrorists.

Another Al Jazeera reporter, Givara Budeiri, was arrested last year during a protest in Jerusalem and treated for a broken hand, after rough treatment by police.

Scores of Palestinian reporters have been hurt by rubber-coated bullets or tear gas while covering demonstrations in the West Bank.

A Palestinian journalist in Gaza was shot and killed by Israeli forces while filming violent protests along the Gaza frontier in 2018.

Another journalist working for a local Gaza radio station, who was shot on the same day at Gaza frontier, died a week later.

In November 2018, Associated Press reporter Rashed Rashid was covering a protest near the Gaza frontier when he was shot in the left ankle, apparently by Israeli fire. Like the journalists targeted yesterday, Rashid was with other journalists, all wearing distinctive protective clothing that marked them out as press, when he was hit.

Israel is an apartheid state that systematically disregards international law in its war on Palestine. And it does so with the full support of western governments, including the UK, as well as our so-called opposition in Starmer’s Labour Party. The deliberate targeting and murder of Shireen Abu Akleh is one more reason to support the national demonstration in London this Saturday.