Seven surprising perks of having kids 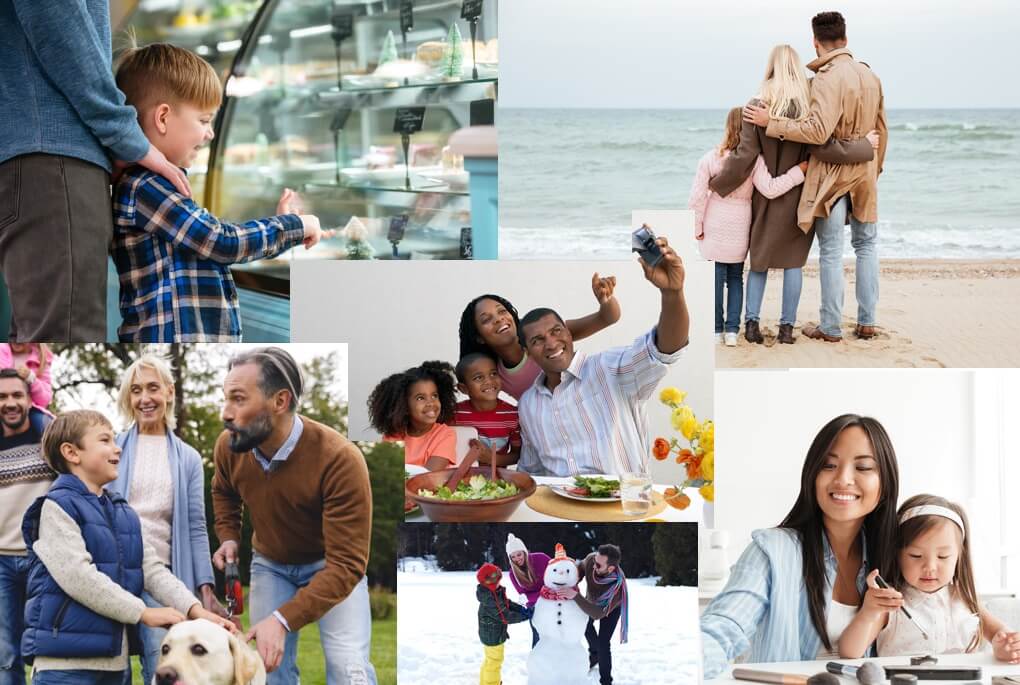 Being a parent can be rough; this week alone I’ve faced homework deadlines, a sickness bug, multiple tantrums, a nasty smash on the head (their head not mine), I’ve been yelled at for breaking character when I was supposed to be Wolverine, and I’ve read The Gruffalo about a thousand times (feels like). A mum found some wine, and the wine was good. Anyway, I do tend to be a bit negative when writing these blogs and it’s mainly because ranting about the challenges of parenting is cathartic. However, I do actually love the little rascals, and they also bring along a few perks that I wasn’t expecting. The fact that I love them being a given, here’s seven unexpected perks of being a parent.

Including, but not limited to, social engagements that you really don’t fancy. The mere existence of your kids means that you always have a ready-made excuse to get out of something if you suddenly realise you’d rather stay home in your pyjamas and watch Netflix. Beware though; it works both ways. If you’re looking forward to something you can guarantee a sickness bug, ear infection, or unreliable babysitter will scupper those big plans.

2. You always have a supply of chicken nuggets

Not just chicken nuggets, but those potato smilers that are so awesome, quavers, and milky bars. Actually a lot of children’s food is pretty great and that’s why dieting is so hard for me.

Recently Frank, having turned the wise old age of five, announced he’d “outgrown” hugs, but thankfully that turned out to be bullshit. And that is also why we made a spare kid who is just as cuddly as ever. If you’re in need of a cuddle they’re always about, and if you’re thinking “but a dog could do that and not use a cuddle as a bargaining tool to get time on the Nintendo switch” then you’d be correct. Damn, we should have got a puppy.

4. You get to revisit childhood movie classics and it’s like watching them for the first time again

I love watching movies with the boys, especially ones I loved as a kid. Notable examples include Star Wars, Hook, and Home Alone. Although Home Alone backfired a bit, as Frank loved it so much he insisted that we call him “Kevin” for weeks and weeks, and he still believes that a human being could be hit on the head with bricks thrown from a great height, or electrocuted to the point of becoming a skeleton, and walk away shaky but alive. There have been times when I’ve been really excited to share a movie and they’ve not responded with the same enthusiasm as I’d hoped. Or weird reactions. I once watched Never Ending Story with Frank and, in the scene where the kid’s horse dies in the bog, a scene I remember as deeply upsetting, he actually laughed. Brutal. I also can’t seem to get them interested in 90s Disney. But that’s OK, as long as I get to watch Star Wars again. It’s also really cool to share music that you love with them, and even more awesome if they get super into it. Frank is now a huge Bowie fan, and Bill goes crazy when I put on The Ramones. I kind of love that.

Being a parent is challenging in lots of ways. Some I expected (lack of sleep) and some I did not – like attempting to teach your four year old phonics because you’re forced to stay home during a pandemic. But despite these challenges, they make me laugh every single day. Kids are hilarious; a marvellous mix of unashamed honesty, adorable mistakes and physical comedy (they fall over a lot and sometimes it’s pretty damn funny). They see the world in a completely unique way, sometimes it’s funny, sometimes it’s touching, and it often makes me see the world a bit differently too. It’s also pretty funny when they get well-used phrases wrong, and I know I should correct them – but I don’t. My favourites are “telling porcupines” (telling porky pies) and “spoilt rat”. Frank called his brother a “spoilt rat” in a row about sharing a toy and instead of reprimanding him for being mean, I was far too busy laughing about the whole thing, much to their indignation. I knew kids were hard work, but I didn’t know how funny they were.

6. You care less about what people think of you

I’ve always cared deeply about what others thought of me, to a fault. Having kids makes you care less about that. For two main reasons; firstly, you’re too knackered to summon the energy to worry about what people think. Yes my hair needs a wash and I’m wearing odd socks in the soft play, but I really don’t care because I’ve had interrupted sleep and this mediocre coffee is barely touching the sides. And secondly, it’s hard to care about what everyone thinks when there is a small person or persons who think you’re pretty awesome, and that makes everyone else’s opinions seem a bit less important. Although Frank did once say he wanted to “swap” me for another “kinder” mum, but in his defence I’d just told him he couldn’t have a second ice cream.

Having kids means you have an excuse to embrace your inner child; get on that bouncy castle, pretend to be a superhero, be silly, go down slides, run around at the fair. Christmas becomes really magical again as well; as an adult before kids Christmas became mainly about food, drinking, and buying stuff. But once the kids arrived we started rekindling traditions like leaving out a mince pie and carrot for Father Christmas, or sending letters to the North Pole. For me, it was a chance to recreate some of my fondest childhood memories whilst building new ones for the boys. Of course no parent can be a kid again fully; someone has to remember to pack lunch, someone has to call bedtime, and someone has to do the washing. But there are lots of opportunities to embrace your inner child and escape being a grown up for a while.

Of all these perks I’d say my favourite is the chicken nugget supply, closely followed by the comedy value my little terrors bring into my life. I didn’t become a mum to laugh at them all day and eat nuggets, but its a lovely bonus. And I’ll take all the perks I’m given.

One thought on “Seven surprising perks of having kids”